Most of my professional life has involved the production of one form of media or another. This is a sample, past and present. You can find more video at http://vimeo.com/jeffputz.

I've had the chance to speak at a wide range of events, from software and amusement industry events, to programming stand-ups, to coaster geek events. I really enjoy it, and I'm very passionate about spreading knowledge. 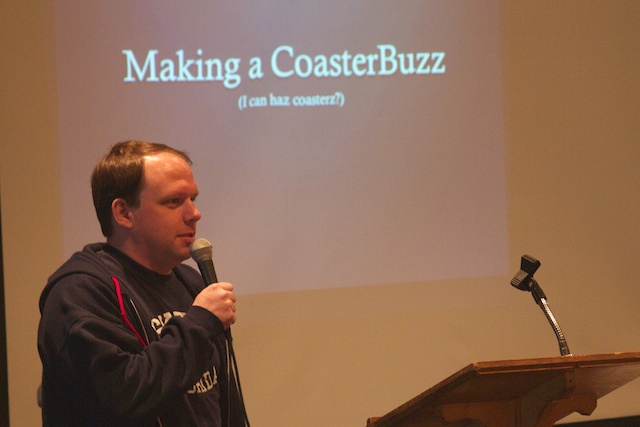 I'm really into documentary filmmaking, but have yet to really commit to doing it. In 2012, I bought a new camera, a Panasonic AF100, and I just adored it. I shot this mini-doc in 2015 about the opening of Holiday World's Thunderbird roller coaster.

I shot this one on a day where I just wanted to record what an evening was like with my kid. It is suboptimal in almost every technical way, but I don't care. Also, it was kind of neat that Caspar Babypants (Chris Ballew from The Presidents of the United States of America) shared it with his audience in exchange for using his music.

Here's another free-form interview and montage piece I shot about the manufacture of roller coasters (including GateKeeper). Some of this video was used in a Travel Channel show.

This is one of my favorite interviews ever. The conditions were suboptimal, with almost no prep, no grip to help with lighting and a subject that wouldn't stop moving. Still pleased with it, and feel like it captures the essence of this very interesting person. It's the last thing I shot with the HVX200.

This is what I can only describe as "moment capture." It's not a short film, and I'm not trying to tell a story. I just want to capture what I see, cut it, and maybe stylize it a bit. This was shot on a Canon 7D with a Redrock Micro shoulder rig, then cut and color graded in Final Cut Pro (back when it was still a thing).

Giggity. This was posted for my fellow coaster nerds on CoasterBuzz. One of the freeing things about the Internet is that you don't have to be that particular about how you cut video. I had a Panasonic HVX200 at the time. I haven't worked a video day job in years, but I couldn't stay away from it entirely, and had to buy the toys.

And here I am shooting some of that video: 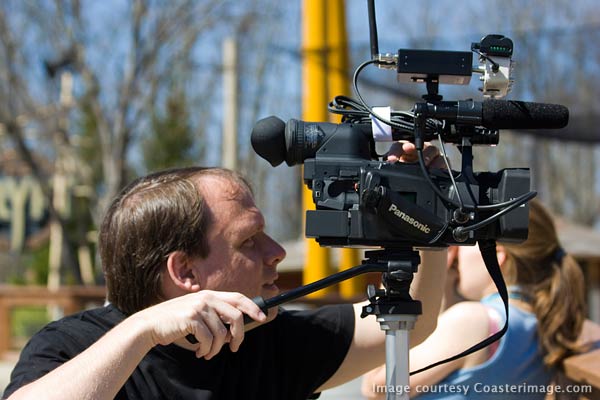 This is really old school stuff. Before I left video for the Internet, circa 1999, I put this together as a sample of things I had created while running a local government access channel. It has: