A designer I am not, but I suppose I can do just enough to be dangerous. By dangerous, I mean throw some stuff up on the Internet that isn't offensive to the eye, but won't likely win any awards. Instead, I like to showcase the programming. See also: media stuff, Resume.

This site has been with me since 2000, and has seen five different versions. The current version includes my forum application, custom roller coaster and amusement park databases, photos and all of the amusement news you can stand. From a technical standpoint, it is not a complicated application. Built on ASP.NET Core, C#, SQL Server, and various front-end frameworks. It is supported by advertising and annual memberships to the coaster club associated with the site. It is monetized by advertising and roller coaster club memberships. 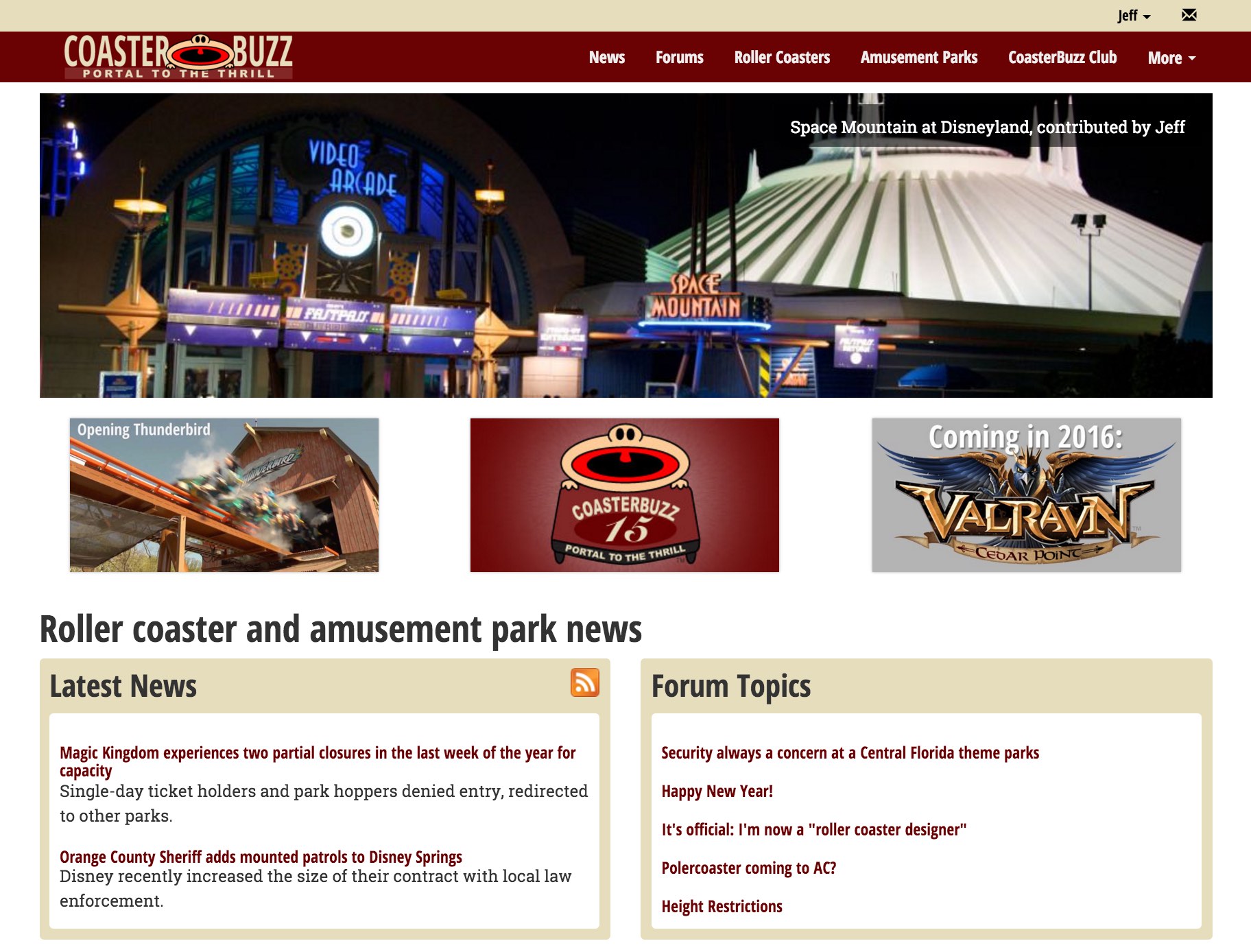 This one launched in 1998 as Guide to The Point, a fan site for Cedar Point amusement park fans. In 2004, I joined forces with Walt Schmidt and his Virtual Midway, and PointBuzz was born. It's a lot like CoasterBuzz in terms of its development, but also has a ridiculously huge photo gallery. 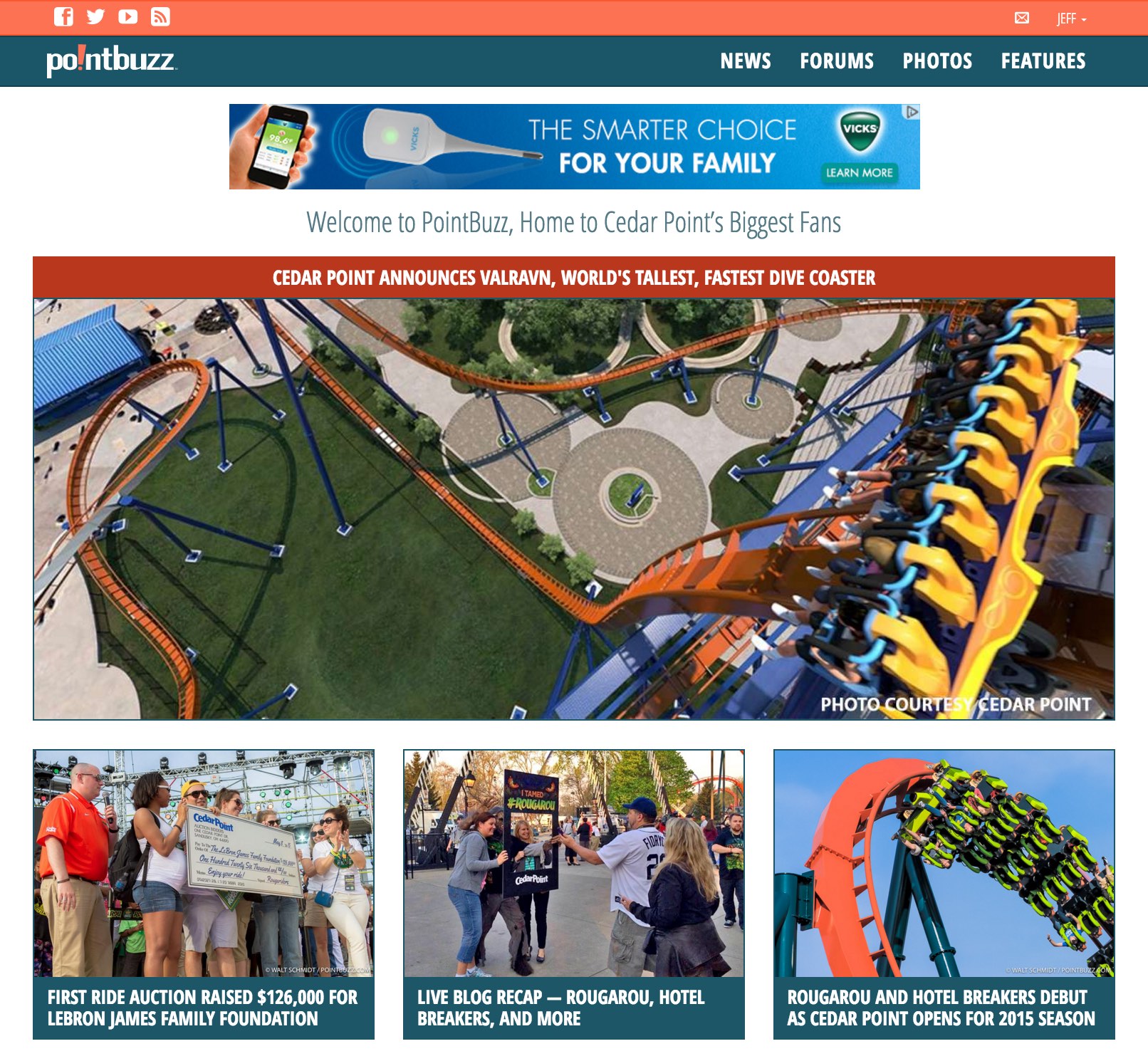 My long-running forum app is now available as a hosted forum. I've been messing with this application in one form or another since 1999, in old ASP at the time. An early dissatisfaction with various forum apps led me to build it, and it has been evolving ever since. It's now open source, for good, and hosted on GitHub. It was for sale on and off before that. Below is a custom styled version used on CoasterBuzz. It scales pretty well, and runs in multi-node arrangements like Azure. It's also available as a hosted SaaS product. 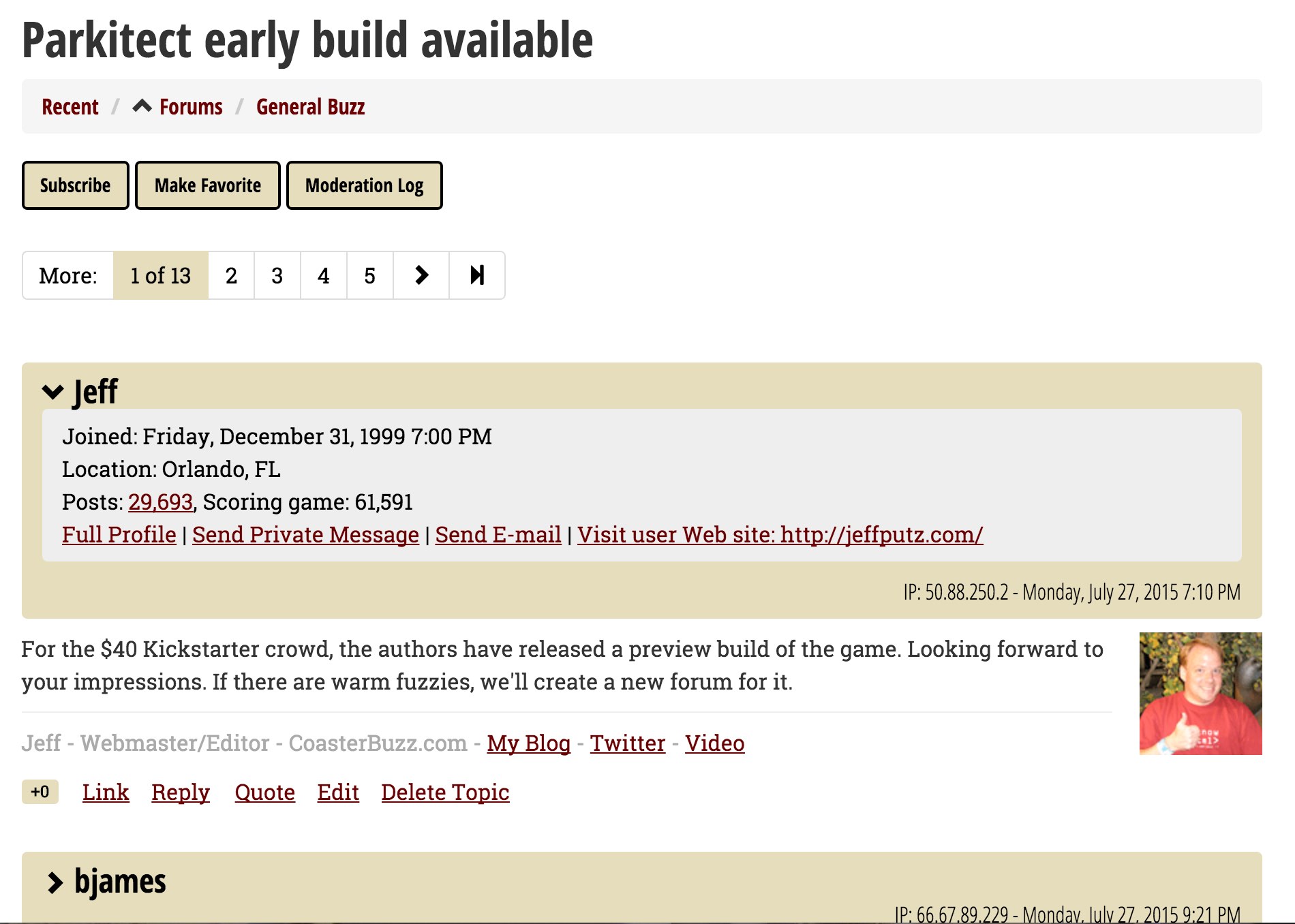 Collecting customer data for the purpose of offering an auto insurance quote was Insurance.com's bread and butter. While there, I was fortunate to be a part of the two-developer team building the new interview app. I prototyped an early version of the rendering engine, and for the production version was responsible for many of the custom controls and UI components that had to be dynamically injected into pages, custom to state regulations and requirements. I also handled some of the AJAX components, modal pop-ups, dynamic elements and other eye candy. One of my last tasks there was to build an SEO-friendly page mapping framework, which was used for the marketing site.