In 2018 we thought we would start a new custom of going to New York for a few days around our anniversary. We did it again in 2019, and then, I think you know how things went from there. This year, our anniversary snuck up on us, but we still wanted to get out at least for a little while. We were late even looking for something, and it had to be something on the gulf coast relatively close to my in-laws, who were watching Simon. We had the clever idea of returning to Sanibel Harbor, where we had our wedding. Funny how then it was a destination wedding, with most of us living in Ohio, and now it's just a few hours driving.

The hotel hasn't changed much, though it's now owned by Marriott instead of an independent. There are some pros and cons to that. While the whole resort is certainly clean, a lot of it needs quite a bit of updating. The bathrooms are recently renovated, in a fairly awesome way, and the entry, lobby and inside bar are all quite nice and updated. A lot of other areas in the halls and around the pool are pretty tired. Again, not unclean, but worn out. The dock out to the yacht, where we had our reception, is in dire need of replacement, and the fishing pier is completely gone. Fortunately, the service and food is mostly top notch, though both are a little expensive even for that great location.

We had a surprisingly great time at a big tiki bar on stilts just down the road before you hit the Sanibel causeway. Bimini Bait Shack is everything you want in that kind of location... inexpensive drinks, good bar food, seafood, live music and as much outdoors as possible. They were featuring a lot of drinks with Wicked Dolphin rum, so Diana looked it up and found that the distillery was about 40 minutes away with free tours. We ended up there and took home many bottles of the stuff. The chemistry is super interesting, too, and a part of me wants to try to make my own.

There was no agenda for this trip, other than spending about 48 hours without having to think about parenting. We obviously haven't had a lot of opportunities to do this in the last two years. Our theater date nights are back, fortunately, but overnights are hard to arrange. My in-laws saw how badly we needed a break last time we visited them, so they were willing to entertain Simon for the weekend. I love the kid to death, but considering that he was born 11 months after we got married, our "us time" has been historically pretty limited. This late start parenting thing has never been ideal, but we're doing our best to make it work, even with the challenges he presents. It's clear though that we need to be more deliberate about finding time like this, which in some ways gets easier as he gets older. 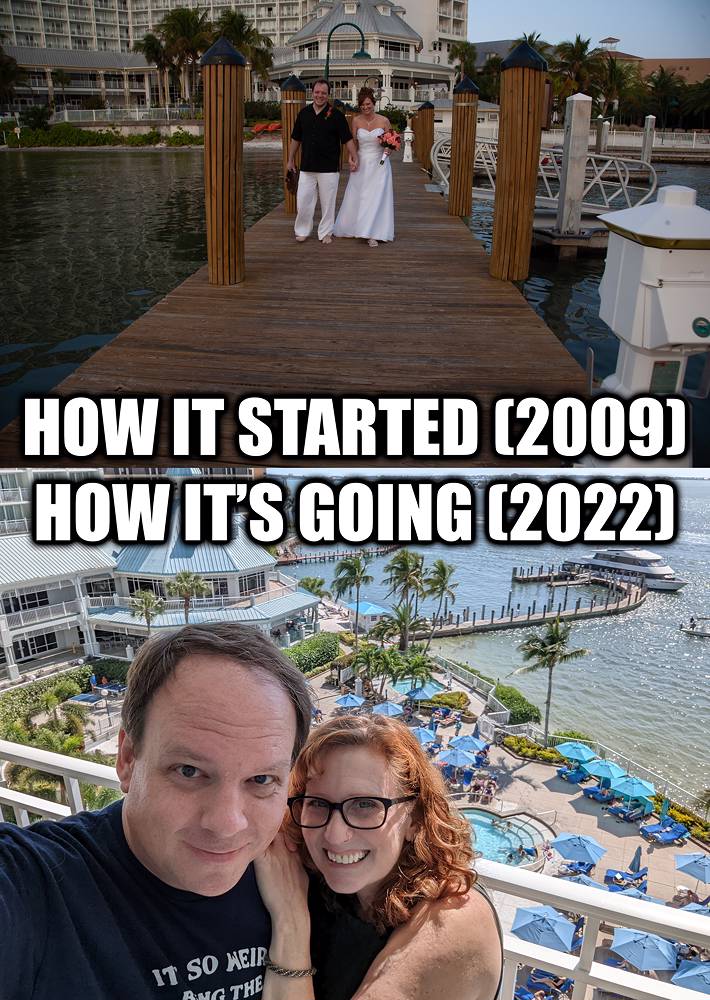