The religious implications of Christmas haven't been important to me for a very long time. That said, I believe that Christmas has an underlying spirit and purpose regardless of the religion it's associated with, and I want Simon to understand what that is. Try to explain Jesus to an autistic kid (or an autistic adult who has over time come to feel the story makes no sense), and experience an exercise in futility. But this thing about good will toward others, charity, caring, looking out for people, that's an admirable sentiment, and we should do our best to emphasize that.

Simon is already not about gifts, and never really has been. He enjoys receiving gifts, but he's never expected a ton of stuff under the tree. He also understands what it means to go on a family vacation as a substitution for gifts. I feel like we're lucky, because I don't think there's any specific decision we ever made to get him to see things this way, it's just what he does. But again, I want him to understand that not everyone gets to do a week-long cruise before Christmas, and while we can't take the world with us on a trip, we can do other things.

The obvious opportunity was to do some volunteering on Christmas day. Give Kids The World Village is, as you might expect, not at the top of minds on the day, so they really needed some help. We decided to jump in for the dinner seating in the cafe, which was understaffed. I've volunteered many times for things outside of the village, especially when we did the big fundraising events back in the day at amusement parks, and a little helping with friends who used to work there, but oddly enough I haven't done a regular shift until this day. Simon isn't old enough to do all of the things (he desperately wants to be a ride operator), but he can do most things. The dinner rush wasn't huge, so my assumption is that the 125 or so families were mostly at the parks, hopefully with coats because it went under 40 degrees that night.

He does like helping, so I think this is good for him, even if he does tend to take long breaks. He's volunteered before with Diana in the summer when I'm working, so it's not his first rodeo. I think it's a great way to spend the holiday, and I hope it becomes a new annual tradition. 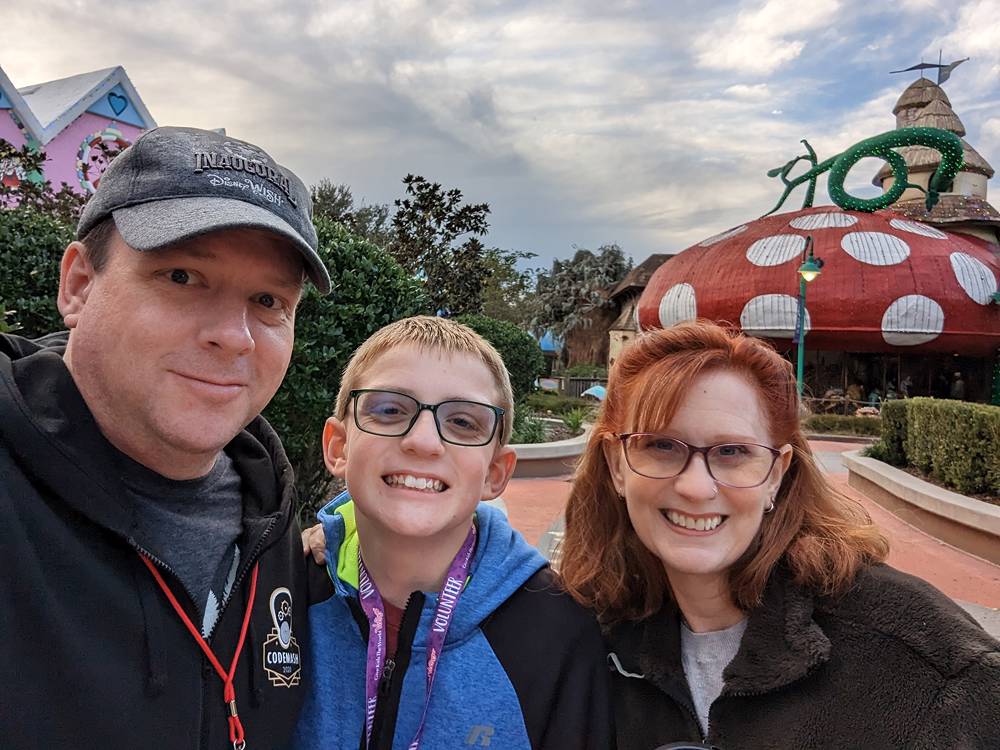