I'm often amazed at how long certain electronic devices can last and be useful, especially remembering a time where it seemed everything had to be replaced every few years to be useful. My last printer lasted a staggering 13 years, and I only replaced it because the paper would sometimes slip and not align right on the page. That means the one I have now is 6, and it's not healthy. And of course, that's right after I replaced all of the toner cartridges, which cost about half as much as a new printer.

It periodically mis-feeds a page when I use the front loader, which is what I use for printing club cards. When I clear it, it declares some numeric error (basically, PC LOAD LETTER), and it requires a power cycle. You cycle it, and it gives you the same error, which is supposed to be about a specific motor. So like any nerd would, I pulled the cover off that fucker and poked at it. I know which motor is allegedly the problem, it's the developer motor, which as best I can tell turns the drums in the cartridges. So it stands to reason that maybe it's one of the four toner cartridges that are not playing nice with the motor, because I can see it turning freely and I can even move it by hand without any issue. Or, maybe something just gets misaligned and the printer doesn't know what to do about it. Regardless, after enough motor touching and/or time, it starts to work again, eventually. But now I have a printer with no cover on it, which looks pretty skanky.

The issue is not the cost. In the grand scheme of things, spending a few hundred bucks on a printer every six years is not the worst thing to itemize. What is the worst thing is having this giant heavy thing (and its new toner) ending up in a landfill somewhere when it kind of still works. I'm just annoyed at the disposableness of it.

On the "plus" side, I've printed almost no membership cards this year, because with no coaster events, the club membership dried up hard. But when school starts up, and people are delusional if they think in-person school is going to work this fall, we're going to need a reliable printer. Hoping it will just magically work consistently is probably as effective as hoping the virus in a global pandemic will just disappear. 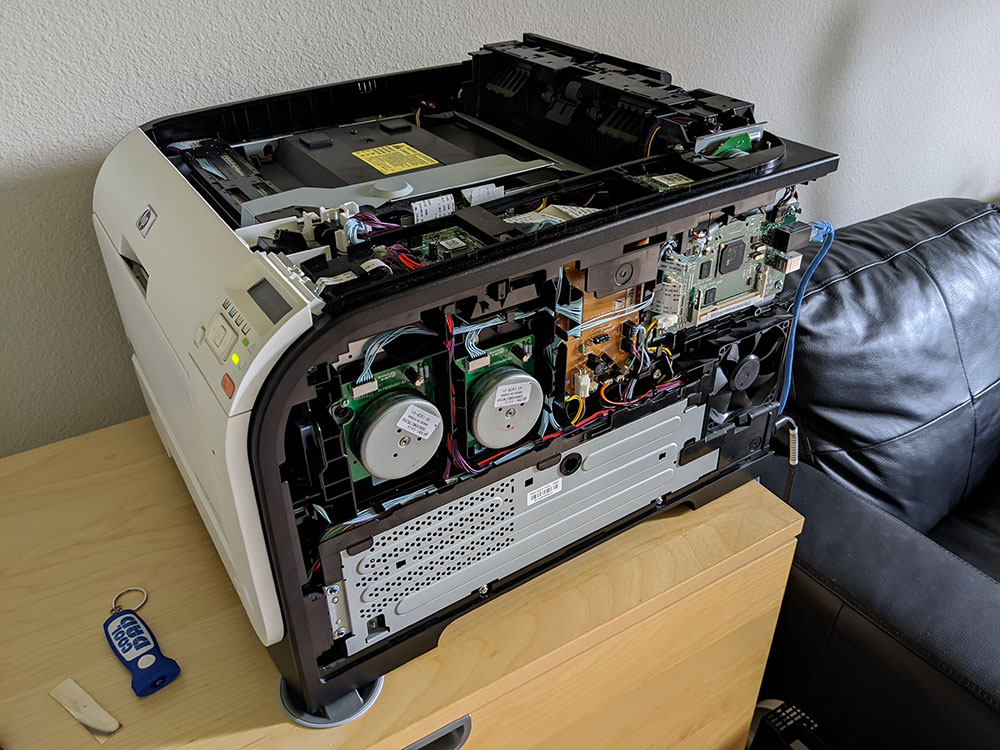