Appreciation for my partner

Diana and I were talking last night about some of the stress and absurdity of the last year, and while reading about the stress that the pandemic has imposed on relationships, I am happy to report that our relationship was never strained by it. In fact, if I had to limit social interaction and generally be stuck, I can't imagine a better person to be stuck with.

A lot of people frequently refer to marriage as requiring "work" and other such commitments. While I don't consider that invalid or a fault, I can say that it is not characteristic of our relationship. For all of the stress we've endured in the last 18 months, very little of it has been interpersonal. It is relatively rare that we have conflicts about anything serious. Our trust for each other is implicit, but strong.

If you were to ask me why it seems so easy, I'm not sure I could pin it down, exactly. At the very least, our interactions are rarely contentious. The hardest thing we share as a couple is parenting, and in that area, we generally give each other a ton of room, and tap out unconditionally when we feel spent and can't roll. Even the joke about loading the dishwasher wrong is so ancient history that it's not a thing.

We do have some common interests, but I would say that we arrived at that with some refinement. She came around to theme parks pretty fast, and I came around to theater more as someone who always had the interest, but not the professional "in" to really appreciate it. We also have our own things, like me and video, and Diana's quilting.

At the end of the day, when we say goodnight, I get the feels that I had when we first met. I guess that's surprising because after 14-ish years, there isn't a lot of novelty. That's something that I never thought about in my horny college years, about what happens when very little is new. I think we're both in a place where midlife is a time for discovery and doubling down on what it means to be our authentic, true selves, instead of being stagnant. Every single day we get better because we're willing to keep learning, and I love that about us.

Enjoy this hot and sweaty photo of us on the first date night we've had in a few months. At Epcot Food & Wine, because we live here. 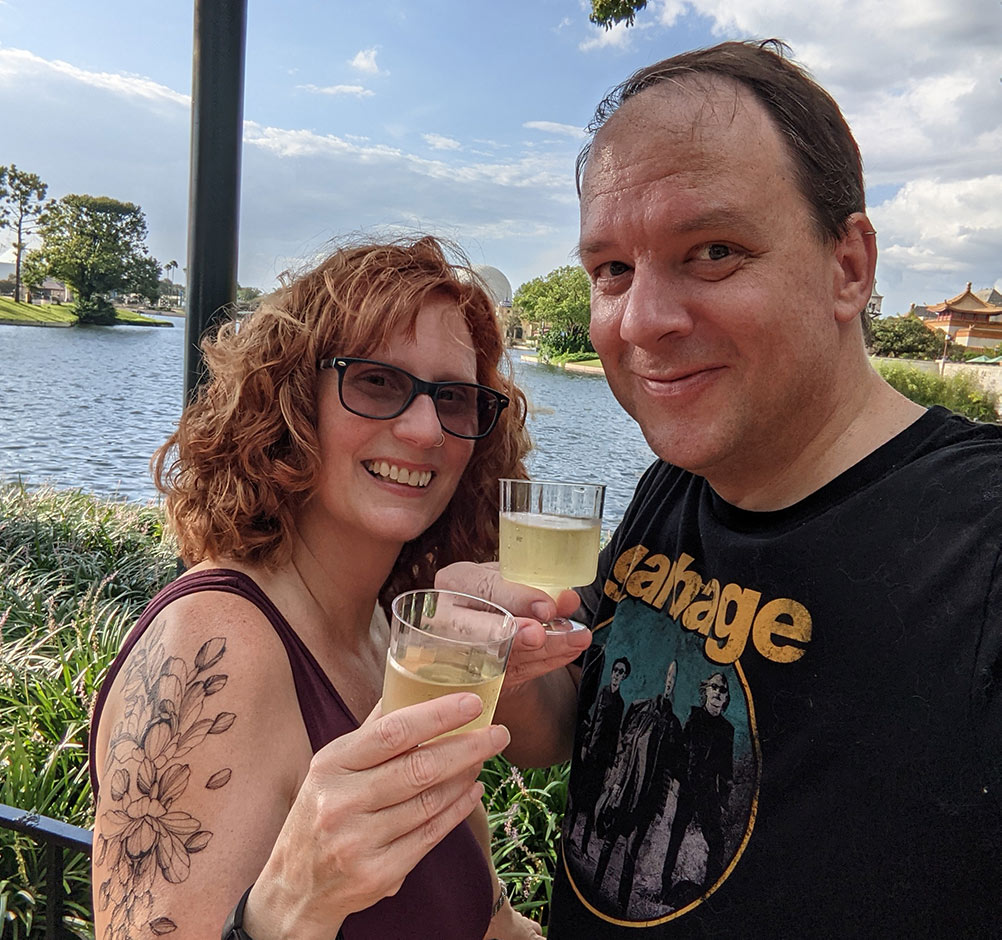