So there we were, minding our own business on the midways of Cedar Point on Friday night, when I run into Magnum Dan and Brandon. Neither one visits the park that often. Not a minute later, Pete walks by. It was the weirdest damn thing ever, particularly as I tried to bring Diana up to speed about who these guys were. (Actually she knows Pete, but that is a different story.)

Most people in my closer circle of friends know that we were all a part of a group of friends that spent a lot of time at Cedar Point back in the day. Time has drastically changed that. Dan gave up CP for DMB, Brandon kind of disappeared, and wives, fiancees and girlfriends all became past parts of our lives (and a great deal of therapy has been enjoyed, I came to find out).

I remember talking Brandon in to going to school full time, and pushing Dan to get serious about photography. The women of our lives all became friends, and it was kind of a nice, comfortable vibe we enjoyed. Things have changed so dramatically in the last ten years.

Perhaps a tiny part of me is sad about all of the change, but two things become immediately obvious. The first is that change is inevitable, and it's not going to stop. Look around you, because what you know today won't be here in five years, let alone ten. I feel like such a tool when I didn't believe people who told me that when I was in my 20's. The second thing is that the new adventures you have enrich and your life further. It's like my recent post about relationships; They don't replace one another, they just collectively add on to your story.

The old CP group sure did disperse. A lot of annoying people from that era still hang out there, but these two cats moved on. Pete's still around, though he's also got a family now. Tim joined the "other side" and now works there of course. Stephanie is in Colorado. And now, as it turns out, the new adventures that I've had with Diana there will become far less frequent.

Still, it was fun to bullshit about the old days, and share a lot of stories with Diana that she had not heard. Good times, indeed! 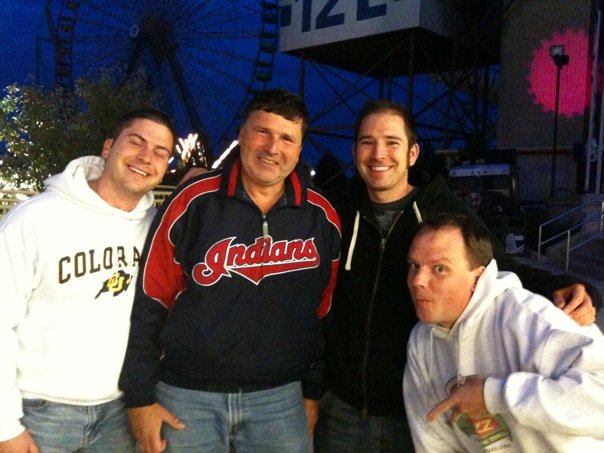