I'm not going rehash all of the stuff I've written about before, because at its core, this is the itinerary we've done eight other times, with extra days. The important distinction here is that this one stopped at Castaway Cay twice.

It was about three years now that we sailed with our friends from Chicago, and we shared a cabana for that trip. I declared it the best beach day ever, which doesn't even capture how great it was. The bigger pile of awesome though is that it's hard to beat a day at Disney's private island, Castaway Cay. You've got an enormous beach with twice as many chairs as there are people, two barbecue locations, tons of activities, bike rentals, stuff in the water to do, an adult beach... we've barely scratched the surface and that's after spending 12 days on that island. It's a beautiful place to go.

Our stops on the island were Saturday and Monday, with the stop in Nassau in between. The cruise was, as best we can tell from talking to a former server, the most booked of our experience, with well over 3,000 guests. You wouldn't know it on the island, because there's so much room to spread out. Also, maybe the threat of rain deterred some people, but it was flawless, with just enough cloud cover to make it more comfortable than usual. That first day, we were in the sand by 9:30 and didn't return to the ship until a bit after 2. Simon played in the sand, Diana and I had some beverages and stayed cool in the water... it was everything a relaxing day should be. Simon got a private tour of Scuttle's Cove, the island version of the kids' club, and he ended up spending about 90 minutes there. It was another fantastic example of how good the youth counselors are on these cruises. I really think they understand my kid better than I do at times.

On the second visit to the island, Simon went right into Scuttle's Cove. The timing was good, as we got to the island a bit late because we all slept in, and some of the aforementioned behavior issues influenced our morning. We needed a break, and we got it. Simon never even made it to the beach proper. He didn't communicate his needs very well at lunch in the club, so he didn't eat then, but we actually had a nice family lunch. I do love the spicy chicken sandwich they have on the island, and it seems to be better than the one they used to serve (it seems to have a more natural breading color, too). After lunch, the boy went back to the cove, and Diana and I finally did the walking trip out to the observation tower. It's about a mile each way from our usual "camping" spot, and I actually did it in flip flops without issue. It was very humid that day though, and a bit oppressive given the dehydrating substance I had been drinking. Disney thinks of everything though... there were water coolers along much of the route.

The most important thing about our aquatic adventures though was that Simon finally got on the Aqua Duck, the kind of boring water coaster that circles the upper decks. He did it with Diana while I was getting a massage on the Nassau day (we never go ashore there), and was quite proud of himself. He wanted to ride with me at night so we could check out the lights, and so we did. We did one final lap on the last day (at sea), and we've got ourselves a fan.

Speaking of that massage, it occurred to me now that every single massage therapist on every ship has been a Filipino woman under five feet tall. That can't be a coincidence, so why does the spa company hire that way? As an aside, I would like to mention that while I will generally suck it up and pay the crazy prices for a massage, I hate how they play a lot of games with the rates. They generally offer some kind of special for embarkation day only, but then they dick around and offer some lower rate a day or two later. I also get tired of them trying to sell product or acupuncture. They look at me like I'm an asshole when I say no thanks, because science.

This was the first time that our dining service team wasn't excellent. They were just "very good," as the surveys go. They weren't what I would describe as disappointing, but our previous teams have just been so good that the bar is incredibly high. In fact, we've seen them around quite a bit on the various ships, and this time we ran into our favorite and talked to him for a bit. We had one disappointing instance where we sat outside for lunch in port at Nassau, because the dining room was pretty full. They were discouraging people to sit there because of birds, literally with people standing at the doors, but what we quickly found is that the birds were only a problem when unbussed tables sat there with food. I complained about it, and the response was largely one of inaction. It made me realized that being a customer-focused organization isn't necessarily about resolution, it's about taking action and owning a problem. Rare dropped ball for DCL.

We went to three shows this time around, including a magician the first night. Simon was surprisingly engaged for that show. We saw Villains Tonight, which has never been a favorite, but there was new stuff in that one. We closed with Disney's Believe, one of my favorites because it has a few original songs, pretty good dance numbers ("Step In Time" from Mary Poppins and "Dig A Little Deeper" from Princess and The Frog) and interesting scene design. My frustration with a lot of the onboard shows is that the tracked choruses are jarring and sound fake, when they seem to have enough vocal talent to do it live. The older the show, like The Golden Mickey's, the more obvious this is. If the newer, modern shows like Frozen and Tangled have a lot of tracked vocals, it's at least not obvious.

Also, and this might be because I married a bona fide theater professional, I don't like that there is no recognition for the performers or technical staff at all. I realize that they're not identified in the theme parks either, and I'm not expecting a Playbill, but come on, even regional park chains put up the names of their performers on the venues.

Other notes... I think the "cellular at sea" network works with Project Fi, because I had a pretty solid signal away from ports most of the time. Granted, traveling around the Bahamas usually involves close proximity to one shore or another, but still. I did a lot of Facebook sharing when I thought we were out of range. On the beverage front, I was relieved to see proper British Strongbow onboard, without all of the sugar. A US Coast Guard helicopter buzzed the ship 20 miles north of Nassau, for some reason. You know you're on a ship with children when FunnelVision shows an episode of "Nina Has To Go." We've never seen the adult areas this busy. I did the design tour for the ship, finally, and it was very cool. I mostly stuck to my "no elevator" rule to counter all of the gluttony, and over five days walked about 30 miles.

Overall, it was a great chance to unplug for a few days, and I loved the 5-night, 2-Castaway stop itinerary. It wasn't particularly adventuresome or different for us, but that was kind of the point. Now we just need a chance to do one without our little guy. Mom and Dad still haven't used our "free" credits to dine at Palo as platinum members. 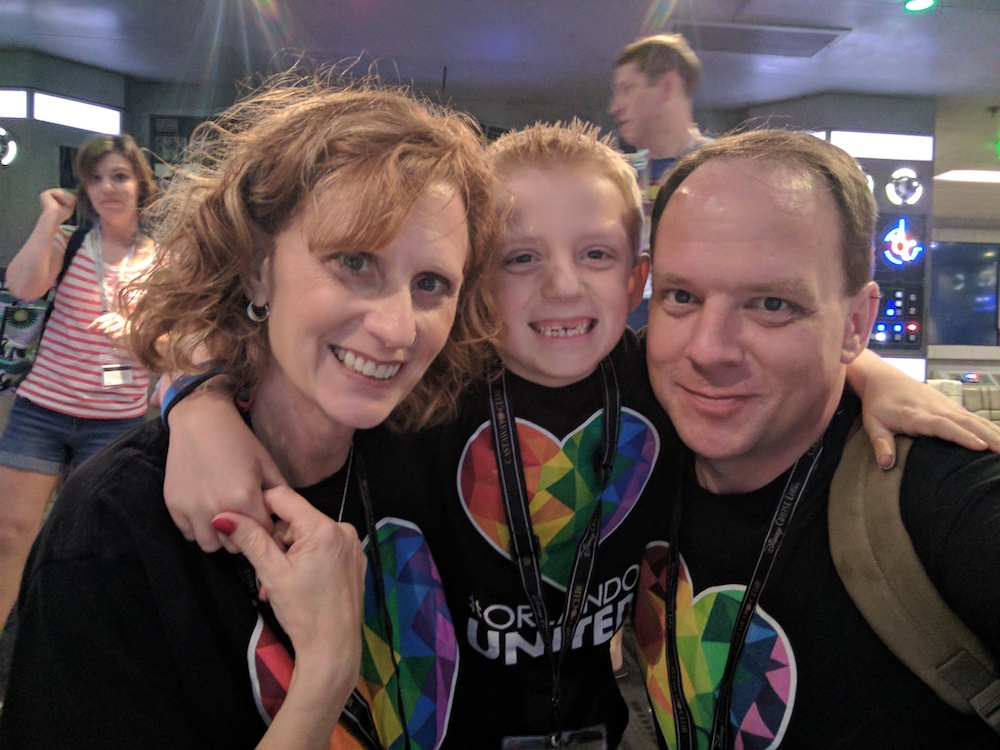