Diana pulled out this photo from when she was about 2 and a half years old: 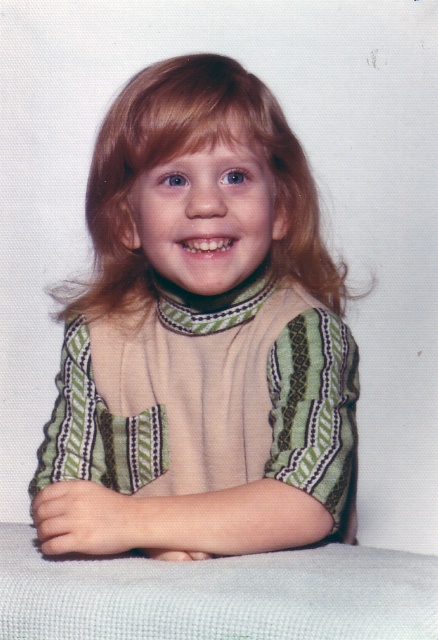 Much time and Facebook comments are devoted lately to how much Simon looks like one of us. There's little doubt he has my eyes and ears, but I do think the rest is up for grabs. We were wondering about his nose in particular. We both have fairly robust noses. Mine is proportionately large, and Diana's is more angular and properly Italian. Baby noses mostly look the same to me, but we were thinking his would be more like mine. Then we saw this photo of Diana, and now we think it could go either way.

And how cute was she, by the way?