I've written about our seven previous cruises, so in this case I'll just write about the different stuff. Most importantly, this is our second trip on the Magic, as all but one previous cruise was on the Dream. The Magic is a bit smaller, which in some ways is a good thing. This is also the first time we deviated from the three-night itinerary. This one was four, and in a different order. The Magic spends most of the year zipping around Europe, and takes its winter vacation down here. This was also our second cruise with my Seattle family. We did our first with them as well, almost three years ago to the day.

First off, this particular four-night itinerary was Sunday to Thursday, and in a different port order. They have to dance around the fact that the Dream and the Fantasy need their days at Castaway Cay, so instead of doing Canaveral-Nassau-Castaway, this trip did Canaveral-Castaway-Nassau with an extra day at sea. This is a fantastic arrangement. Usually there's a metaphoric cloud hanging over the Castaway Beach because you have to go home the next morning, but in this case the best day comes first. The extra day at sea also provides a perfect wind-down for the trip, with very little structure to the day. In fact, they even did three performances of the stage show, so knocking it out at 2 p.m. meant no pressure to keep the kids up for the 8:30 show.

There are also a few things that I like about the Magic better. While the oldest ship in the fleet at 18 years, the massive dry dock rehab they did in early 2014 (maybe late 2013) made it "like new" in most ways. The kids pool area is superior to what they have on the Dream. The regular water slide is doable by adults. The Aqua Dunk, with its drop-out floor chute, I could do without, but generally I like the public areas. The adult pool area in huge by comparison, even though it lacks the swim-up bar. The only negatives, which mostly apply to Simon's desires, is that it doesn't have mini-golf, and they don't have the "detective agency" scavenger hunt game that you roam around the ship for.

The biggest win had nothing to do with the ship though. We were finally traveling with my brother-in-law's family, which meant Simon could be with his cousins. We went almost three years in between, which is literally half of Simon's life. They seemed to bond pretty quickly and everyone had a good time.

New on the Magic is a stage version of the movie Tangled. This is the thing that Diana and I were looking forward to the most, as the show just started a month or two ago. It was pretty fantastic, weighing in just over an hour. They added at least two songs that weren't in the movie (presumably cut from the film). I thought that they missed out on an opportunity for a bigger dance number in the thug bar or the town square, but otherwise is was a really solid show. The puppeteered Maximus was very clever. The effects for the glowing hair were pretty cool when they worked (we saw both performances). The biggest stand out was the actress playing Mother Gothel. She played it pretty tight to the film version, without going over the top, and vocally was pretty amazing.

The other two shows included Twice Charmed, the remix of Cinderella, which I appreciate because it's an original story. The third show, Dreams, is one of those revue-style shows that they do on the dream, though they've mixed it up a bit in the last two years. I'm not a fan of repackaged IP, but the actress that did Mother Gothel in Tangled belted out "Let It Go" from Frozen in a very capable way. They augmented that performance with video projection effects that were really impressive. They also did a Lion King number that was very impressive.

The night that Tangled was playing, they also re-themed the O'Gills pub into the Snuggly Duckling, the bar from the movie. There the families could play "THUGO," which was basically character bingo. We were able to get a table before the later performance of the show.

This was the first cruise where I couldn't deal with the water at Castaway Cay. It was just too damn cold. The kids (and Ironman Joe) swam around, but I couldn't commit. I happily stayed ashore with my sippy cup of adult beverage. I'll say again that I'm not much of a beach guy, but I consistently have a good time at that beach. It's beautiful, there's great service, great food... it's just a perfect beach day every time. We need to watch for one of those rare itineraries where they stop there twice.

They made the very good decision to move up the fireworks at sea to right after the pirate deck party, because apparently people were complaining that they couldn't keep their kids up so late. I believe it... we've only seen the fireworks once on all previous sailings. Mind you, it's all "cold" pyro and not the kind of thing we see every night at Magic Kingdom, but it's still fun.

For movies, we watched Star Wars: The Force Awakens again. I see little new things every time. Simon and I also saw The Good Dinosaur again.

With the tax refund coming, and after being lured in with discounts, we both did spa treatments. I did a 75-minute hot stone massage (for the price of the 50-minute treatment). It was pretty much life changing. The stones make a huge difference. I haven't had a massage in two years, and I don't know why I go so long in between treating myself to it. Diana did a combination of treatments as well (I forget which). At the end of the trip, we didn't really spend any more than we usually do, probably because we spent less on drinks (we brought our own for Castaway day).

On the last night, I was not content to sit in the room and be sad that it was all over. Since we saw the earlier show, I noticed the slides were open, and I knew they would be practically unused, so I suited up and went up. I did six laps on the Twist-n-Spout. It's a nice slide that starts up in the aft funnel in between the exhaust pipes for the main engines, so it's toasty up there. Then the lifeguard indicated that the Aqua Dunk was also open. With liquid courage, I did it. It's creepy because they close you in that capsule. Even on this small slide, the G's on the pull-out are pretty intense. I don't know that I'm in any hurry to do a bigger one, like those at Aquatica.

Overall, it was a fantastic cruise, and being there with the Seattle unit made it particularly awesome. Lots of great photos, too. I wish the water would have been a little warmer at Castaway Cay, but other than that, good times, start to finish. 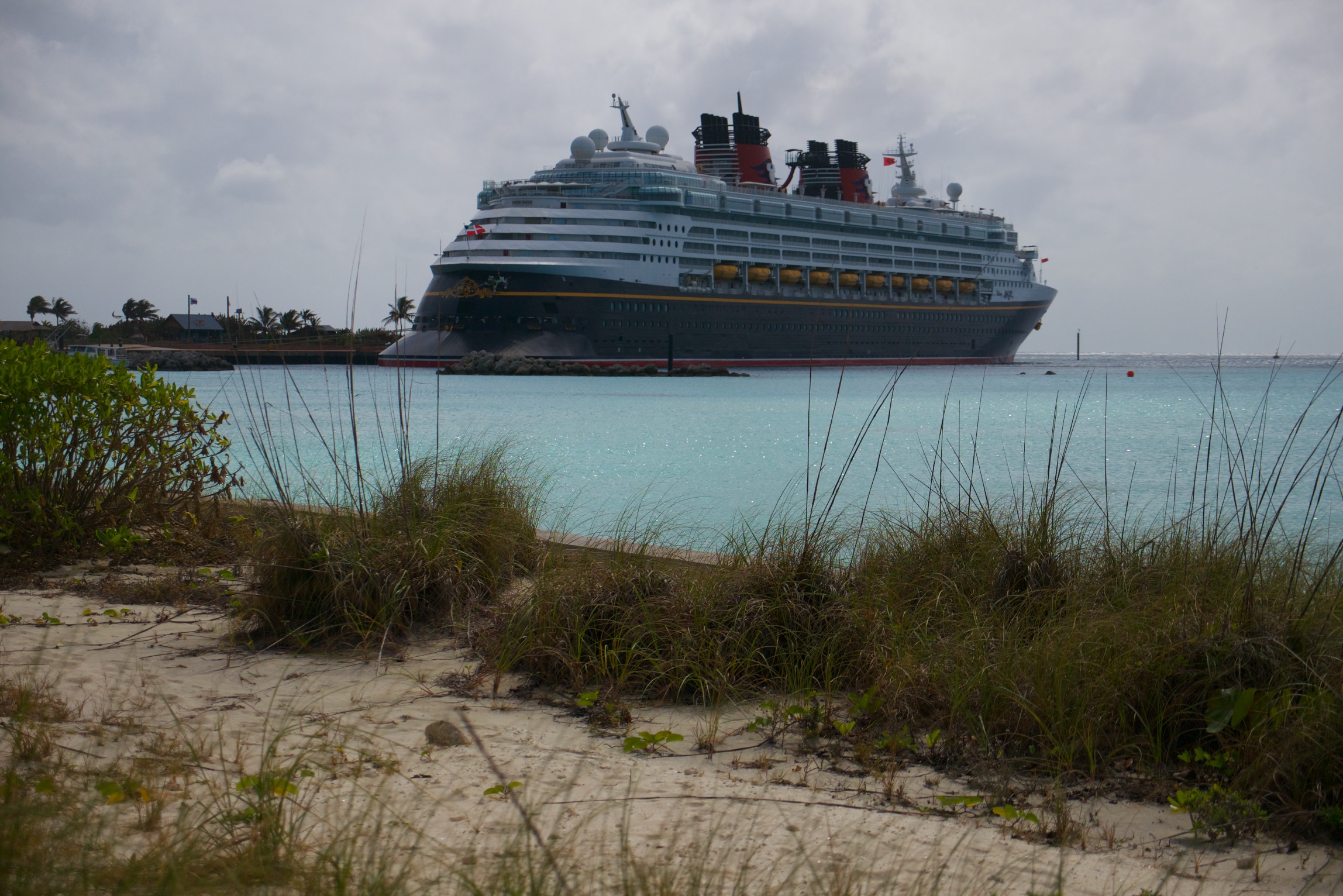