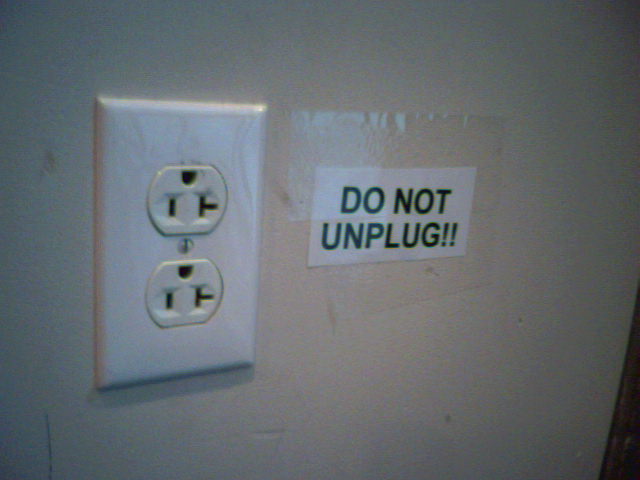 Oh Jeffy. Where are you right now?

Question (to anyone): Are those plugs upside down?

After consulting with my dad, according to most electrical codes the picture shows the correct orientation for commercial application. If the plug happens to come out of the socket part way, something could fall on the prongs. With this orientation, it would just fall on the ground prong of the plug. In the opposite orientation, the object would lay across both main prongs completing the elctrical circuit outside of the wall socket. This could lead to short circuiting, fire, or damage to the appliance and anything else on the same electrical circuit.

Interesting. Just for the record, I very rarely see the correct orientation around here.

Hey I think I saw you there!!