I was really excited to see that DJI released a new sub-250g drone yesterday, a less expensive variation of their Mini 3 Pro. I've been thinking a lot about the hobby for the last three years or so, but mostly in the context of shooting video in new and interesting ways. This new one does pretty clean 4K given its size, so I spontaneously decided to order one. I have a DJI camera gimbal, and it's one of the most awesomely engineered things I've ever owned.

Before I ordered, I downloaded an app and checked to see if my airspace was OK. It showed that I was close to a hospital, which I expected, so I would be restricted to 400 feet, which is totally fine. I just wanted to fly it around in a field the next street over, or inspect my solar panels on the roof.

What the app did not show is that I am within Disney's restricted no-fly zone. I don't know how the app wouldn't show that, but it didn't. It literally would not take off here, because it's defined as "national defense airspace." How insane is that? At first I thought, that's cool, I only have to go a mile or so to fly it. But I'd like to be able to fly it near home, too, to fly over the lake or the pond and spot critters. I want to walk down to the field a block away. Then I thought about where else I might go, and I have learned that I'm in one of the most terrible places ever to recreationally fly a drone. Out on the Atlantic coast, obviously the entire Space Force (ugh) station and Kennedy Space Center are out, and that includes the entire length of the Canaveral National Seashore. Going south, you have Patrick Airforce Base, then the airport in Melbourne. You can fly in some of those areas, some of them below 200 feet, but you need to file notifications to do so (relatively easy, but still). Finally you're clear to Vero Beach, where you again have controlled areas where you need to file. The Everglades are out, too.

So reluctantly, I'm returning it. The restrictions nearby are bad enough, but a lot of places I would go recreationally are out too. That's a bummer. 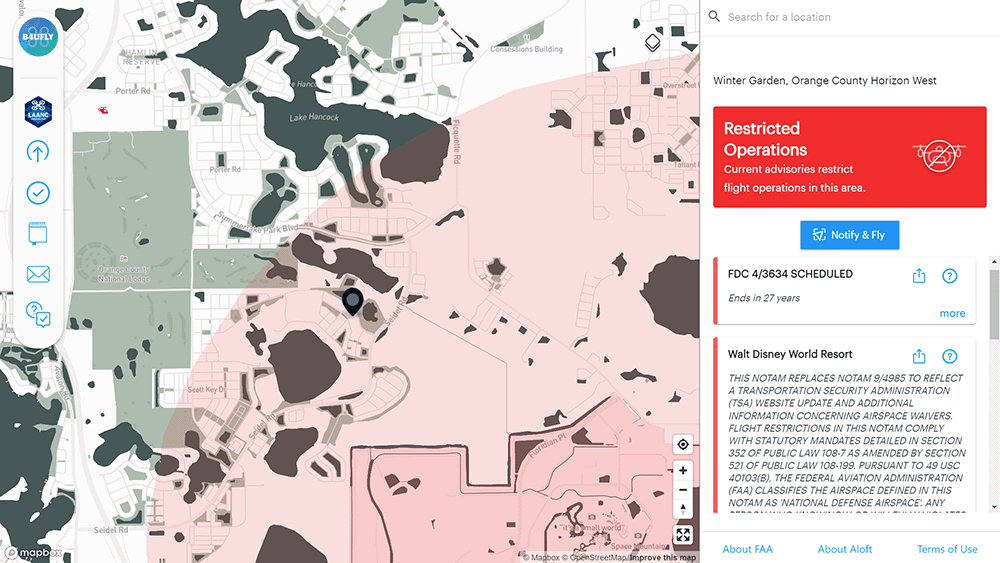