After a lot of bad days for Diana, today was finally something like normal. She wouldn't describer herself as comfortable exactly, but for once she wasn't plagued with the bathroom issues and gases and pressure on organs she didn't know she had.

With another beautiful day here, we realized it was pretty critical that we get out of the house. I was in dire need of some distractions as well, feeling constantly anxious (more on that in a minute). I wasn't really able to make the decision to go out, so Diana made it for me. She said we'd get a quick bite and go out to a park to do some photo experimentation, since I've been talking about it for awhile.

First stop, a quick burrito at Chipotle. Having decent enough food at work, I rarely go out anymore, and I haven't had a burrito since the week of Christmas I believe. Sadly, I've been an addict since 2004 or so. It's the cilantro-lime rice and the hot salsa. It's delicious.

Next we figured we'd hit a park that wasn't too far away, and not toward the city. The park down the street is fairly bland, so we decided to go to Snoqualmie Falls nearby. That's a pretty spectacular valley, and you get an appreciation for how amazing the Cascades are from there, compared to, say, Redmond or Bellevue. You could see Mt. Baker today pretty clearly, which is "almost Canada" as Joe likes to say. It's something like 70 or 80 miles away, eyeballing it on the map. The idea was that I wanted a green background for some photo experimentation.

The 7D has a built-in flash, which means that it can fire off another Canon flash not on the camera. The built-in flash is kind of useless with my big lenses (they cast a shadow from it), but controlling one off-camera is sweet because I don't have to settle for crappy flat lighting. Getting the exposure right and the correct ratio (plus sun) was a bit of a challenge, but I did get a few that I really liked. Next time I need to bust out the 50mm and see how that goes.

Driving down there means passing all kinds of houses that have those wonderful views, which combined with the houses I pass on the way to work with wonderful views, makes me very anxious to be living in a house. That's really the thing that has been the hardest thing to adjust to. I don't hate our apartment, but I don't like living in it either. It just feels so transient. The problem is that I just don't see being able to buy a house until, at best, the end of next year, and even that assumes we can sell both of our Cleveland houses yesterday.

When I got to thinking about that, I realized that my anxiety was only half coming from the birthing issues. Much of my behavior lately revolves around making a better living to get us back to home ownership. At work I'm thinking about what I might be doing there in two or three years (though that's something the company wants you to think about, it's just distracting when you haven't even hit a stride in your current position). At home I'm thinking about getting that next Web site up to generate a little more cash. I find myself obsessing about how the future graph looks in my budget and how much of a tax refund I might get. It's all rooted in wanting a house.

So that's the trade I had to make. I finally work for a company that actually has career potential, something I haven't experienced ever in my professional life, plus I get a mild winter and killer views. What I've had to give up is home ownership (though that's tricky when you can't find work anyway), real estate hell and no place to put a hot tub. The trade is definitely worth it, and there's no question that my life is infinitely better. I just want to make sure that I'm providing for Diana, Little Puzzoni and myself. Listen to me, it's like I'm nesting or something! 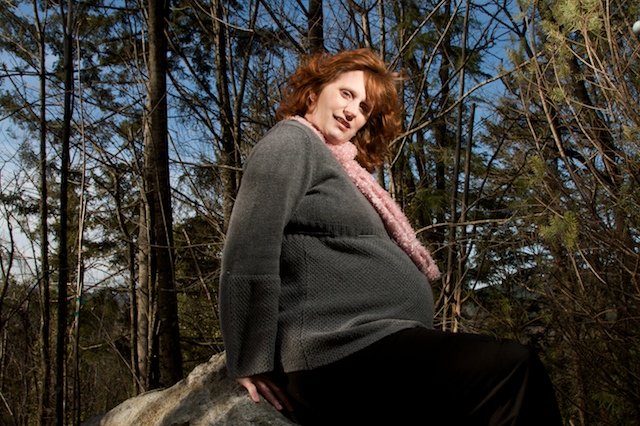 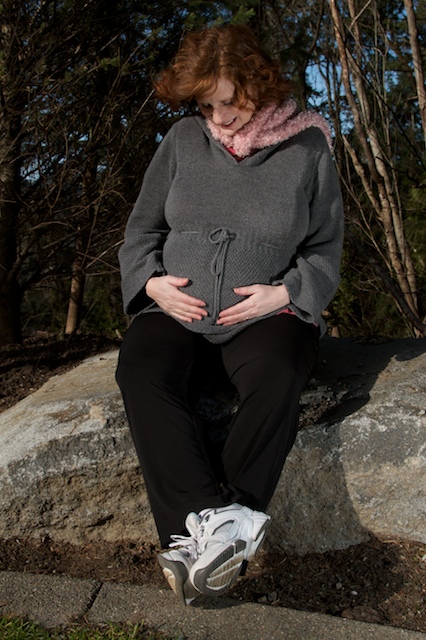