After three years with my Lumia 920, I've been pretty stubborn about replacing my phone. As I've said a hundred times before, my phone use may be somewhat atypical, in that I use it mostly for photos, checking email, and posting complaints to social media. A 3-year-old phone can do that pretty well (though the 920 is and was pretty solid for photos). When Microsoft announced the 950 was finally being released, I finally saw my upgrade path. 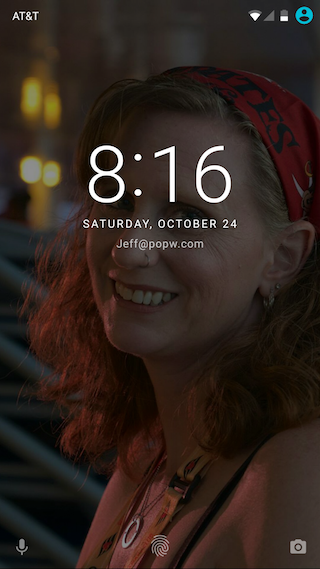 Now I'm not sure.

I bought Google's Nexus 5X, which is actually an LG phone, mostly because I wanted something I could experiment with in terms of app development. I haven't played much with Android in two years, but what really bothered me about it was the OS fragmentation caused by the carriers and manufacturers, and their inability to update the OS quickly (this was especially true in the last year as several vulnerabilities came to light). Google's phones don't have that issue, because they're the "pure" version of the OS, and they control it, it's first to get updates. The phones sell unlocked and work on most any carrier, so no contracts or lock-in, just put your SIM card in and go. At $429 up front (for the 32 gig version... the 16 is $379 but that's too small), that's fantastic hardware $120 less than an iPhone that has half the storage. You don't get the shiny aluminum, but the 5X is a really solid feeling, thin phone. I got the white one, and I love the feel of it.

Android is still a little clunky in places (the home screen/launcher needs a lot of work), but in terms of the ability to jump around between things and be efficient, it's as good as iOS and Windows, and maybe slightly better even. The new version seems to be pretty solid about not letting things get too nuts in the background, and it has excellent instrumentation to show what's using energy. I loaded a bunch of crap on there and nothing was zapping the battery.

Hardware is nice too. Not only is it a very solid phone, but the camera seems pretty good so far, and I'm shocked at how much putting the fingerprint reader on the back makes sense. The screen resolution is stupid high, and I wonder if the manufacturers aren't engaging in overkill at this point that just contributes to energy consumption for all those pixels. USB-C is long overdue, and that you can throw 3 amps at it to charge in a hour is fantastic. Unfortunately, new chargers need to put out that energy, because "old" USB does not. Also disappointed it doesn't do inductive charging.

I'm rethinking about whether or not I'll even bother with the Lumia 950 at this point. I never really thought about it, but with the expectations around my typical use cases, this phone really does what I need. And now that I have apps like Chargepoint and My Disney Experience (and I got Chase back, which was dropped for Windows), I'm not sure if I want to go back to not having those.