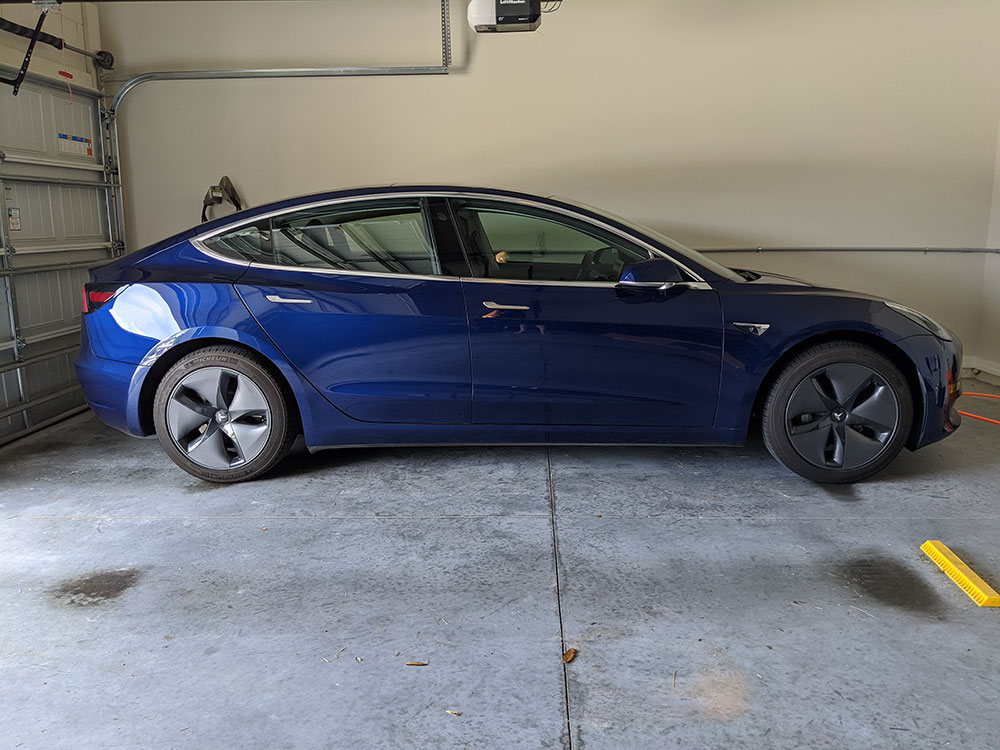 Five years ago today, we took delivery of a Tesla Model S, to compliment the Nissan Leaf we were already leasing. That was the end of our reliance on gasoline powered cars. We've since replaced those with a newer Leaf, and a Model 3 (pictured). We've put more than 80,000 miles on those cars.

Three years ago I wrote about the questions that people frequently ask about having an EV, and they're all still true today. The Model 3 is actually more efficient than the S was, so we're paying around 3 cents per mile in fuel. If I actually drove 1,000 miles per month, it would cost me $30. The newer Leaf seems to be about the same.

The biggest thing that has changed for me in the last few years is that I actually enjoy driving. I was commuting about 75% of the time at my previous job. I don't care for commuting, but I'd be lying if I said I didn't enjoy some of the open road opportunities closer to home. Launching off of a red light, even to 40 mph, never gets old. Confidently merging feels great. Cornering hard and enjoying the performance with no particular driving skill required is fun.

We added solar to our house two years ago, so a portion of our power is as clean as it comes. Even our grid power is down to 8% coal, and up 2% in solar, and most of it is natural gas. It's encouraging to see a lot of solar projects in our area, and neighbor Walt Disney World is powering about half of the property on solar now.

GM has since stumbled with its EV, underselling the Bolt, and abandoning the Volt. Nissan's newer Leaf is fantastic, though I'm not sure how it's selling. Other than that, Porsche has a serious EV, but no one other than Tesla is pursing the long-distance, lower-cost market, so they own it. Demand is still exceeding supply for them, and the company is now more valuable than the next three auto companies combined. It's a crazy world. I'm still scratching my head about why Toyota didn't go full EV on the Prius. Huge missed opportunity.

I still can't believe that electric cars are real, and they're better. It all seems so obvious now. Aside from the crazy people who think that EV's are some political thing, most everyone I know is interested, and most just unaware that they're more convenient than they know.