Sunday night, I talked Diana into modeling for me in a "film setup" screen test using the 7D. I wanted to accomplish several things. First, I wanted to see if the new matte box was deep enough to keep light off of the lens if I had it close enough, behind the subject. Second, I wanted to see what the impact was of a full set of lights was on the camera with the aperture way open, so I have a better understanding of what kind of neutral density filters I need for the matte box. Finally, I wanted to try shooting with the Technicolor color profile, a very flat set of adjustments that help you squeeze out more dynamic range.

Let me start by saying that I'm not going to post the video, because as I suspected, it's mostly over-exposed, and where it's not, it's because I stopped down and destroyed the short depth of field I wanted. I will say that Diana is very pretty in it, if also somewhat washed out.

First off, the lighting setup. I haven't busted out my lights in awhile, and I really only have enough gear to blast a scene with light, news desk style. In fact, I don't even have an extra stand to pin my big reflector to, so this was going to be ghetto. The game plan was bright backlight, a key using an umbrella, and some light fill with the reflector. 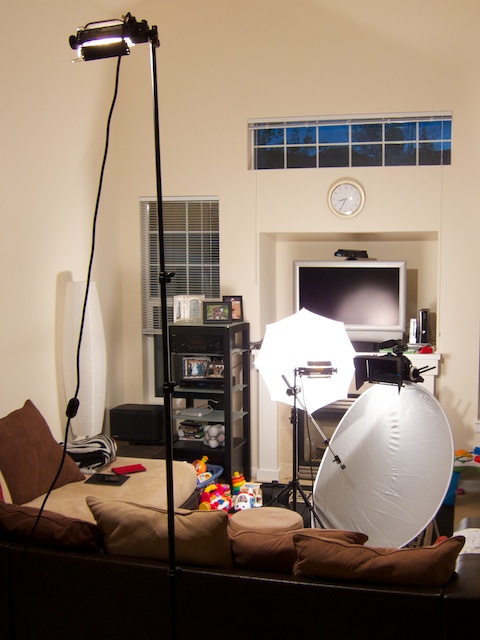 Using the 50mm f/1.4 lens, I had no problem keeping the backlight off of the lens, and the filter stage where the ND filter would be if I had one. Right on. First part is a success.

Next, I set the shutter speed for 1/50 (close enough to 1/48, or 180, as the film kids would say), turned the ISO all the way down to 100, and opened that aperture all the way to f/1.4. Way too much light, as I expected. I had to go down to about f/4 before the clipping was reduced in the highlights. So with a ton-o-light, at night, wanting to use f/1.4, I need about three stops of filtering. That sounds about right, because I needed about 4 stops last year when I went out shooting with the 24-105mm f/4 last year in bright sun, at f/4. It also means that I'd need an assload of ND to shoot outdoors with that lens when it's wide open. Yikes. 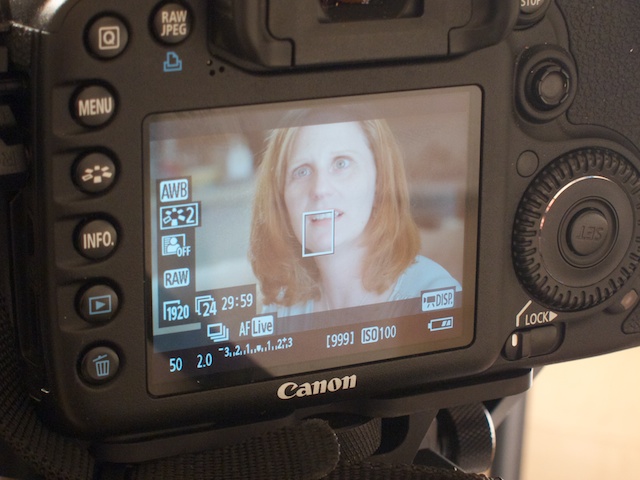 Finally, there was the dynamic range testing. I didn't mess around extensively with it, but I found that there was plenty of detail in the shadows to work with, and some in the highlights when I stopped down to eliminate the clipping. So in other words, if I wanted the flexibility to really stylize the video, there's plenty to work with. The hard part is that it's hard to see on that little thing if you're clipping, so for serious shooting, you need an external monitor, no question. You really need it for focusing too. I would add that the color profile didn't strike me as massively different from the "superflat" profile I downloaded from somewhere last year, in terms of its ability to retain lots of range. But hey, if it's Technicolor, it has to be good, right?

Overall, the test confirmed a lot of what I already knew, that recording really solid video on the 7D requires a lot of attention to detail. There are a great many things that are less than optimal, not the least of which is the form factor, the monitoring, the lack of good audio support, no built-in filters, etc. Rolling shutter, moire and other such issues don't help either.

The thing I've always kept in mind is to be careful not to buy gear that ties me specifically to any specific camera platform. All of this support gear, including the matte box, could be just as easily used with an AG-AF100, or even my "old" HVX200 with a cine lens adapter. I've tried to keep my options open, even for stuff that might not exist until ten years from now.

It's still amazing what you can do for relatively little money these days. This stuff blows the pants off of the average $10k, standard def, pro cameras that I bought in my job 15 years ago. Much of this progress comes just in the last three or four years! 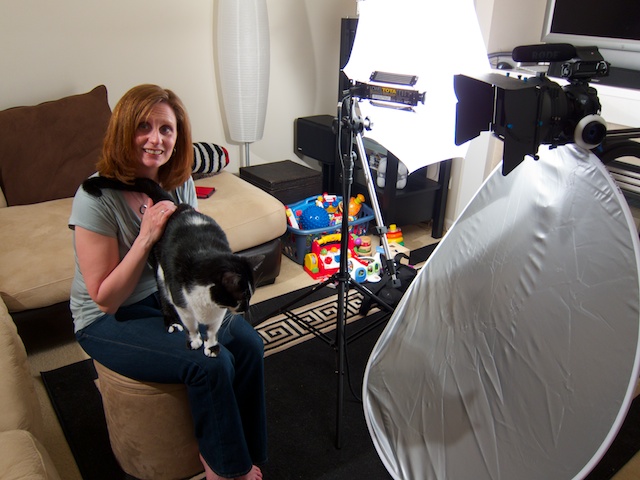 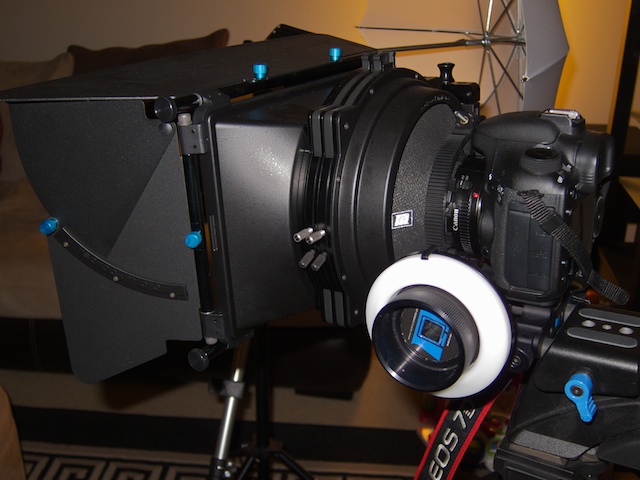