Our middle cat, Gideon, has a big cancerous tumor on his right hind leg. His general lab work is all solid, and it doesn't seem to have spread anywhere else, but it's big enough that the vet wouldn't attempt an amputation. Next he'll see a specialist who mostly will try to determine if they can get enough tissue around the tumor while taking the leg to extend his life, but the potential for the cost to get extraordinary is high. It puts us in the crappy place we often have to be when it comes to our pets, having to decide when the right time is for them to go.

Gideon is the second of Diana's three cats. He's also the one with the most nicknames, many of them rooted in the fact he once weighed almost 20 pounds (Tubby Lovin', Big Sexy, Big Papa, Black Panther, Thunder Paws, Basement Cat... it goes on). While he was overweight, it's important to note that he's just a big cat to begin with. That's why his sad little squeaky meow is so funny. Giant cat, tiny voice.

He's also the one who would often be on high alert when there were strangers outside. He also seemed to know when Diana's neighbor was being murdered in her old neighborhood. Otherwise, he's always been a bit of a fraidy-cat. It took years before he would let me give him love. I'd pick him up and he'd kind of gloss over as if to be pretending he was somewhere else. Eventually he started to tolerate it and purr now and then. For Diana, he would climb up on her at night practically suffocating her, waking us both up with that motor of his.

I think we're trying to mentally prepare for the inevitable outcome, but it sucks. He's our gentle giant. Right now, he limps a little, and certainly isn't high energy. It's an aggressive form of cancer. It's hard to shift into that mode of thinking about what a great cat he's been and all of the adventures he had with us, because he's still here. 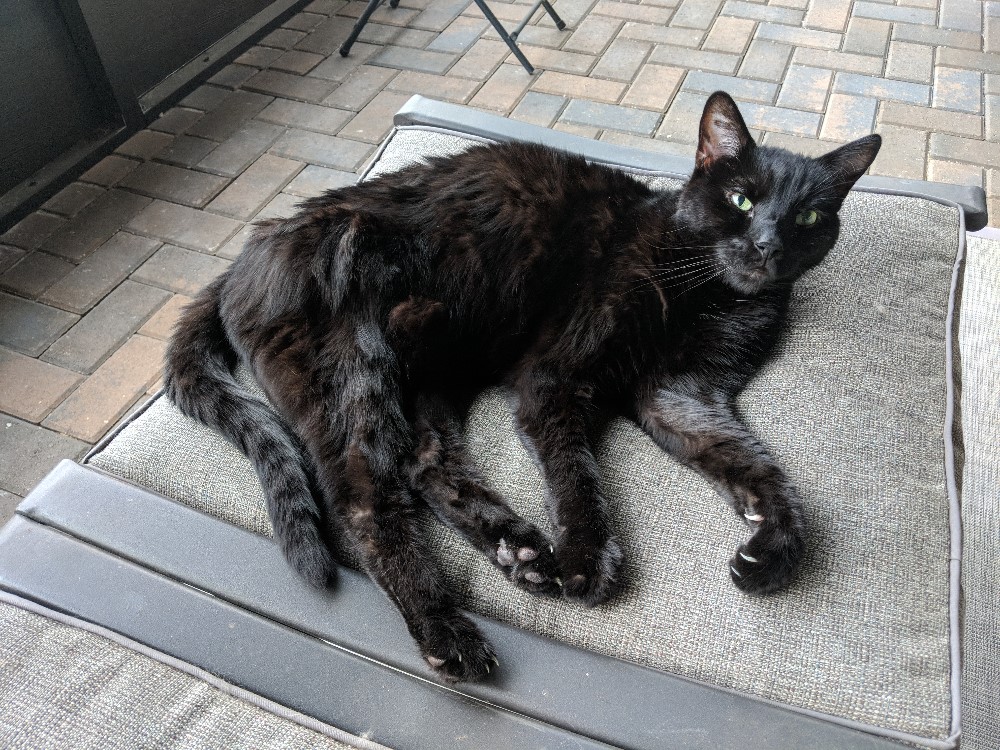