This was a big year for Lego binge building. I've been pretty good about not buying "stuff" this year, but I let myself have a little fun in the last few months with some "grown up" Lego sets. It's fun to build some of the others, like the Fairground Mixer and Ferris Wheel, a couple of times per year. I'm pretty careful about disassembly, putting the parts into the bag numbers they came from so you can easily rebuild. I know, that may imply I have some problem. Along with the trains, I have eight sets acquired over the last six years.

First up was the Disney Castle, weighing in at 4,080 pieces. It's a really interesting build with very little repetition. The amount of architectural detail is stunning. I can't help but wonder what it's like to be the designer who did it. The interior of the castle pays homage to various Disney stories with the magic mirror, a rose under glass, a magic carpet, etc. Living so close to the real thing, it's neat to see such a great recreation. 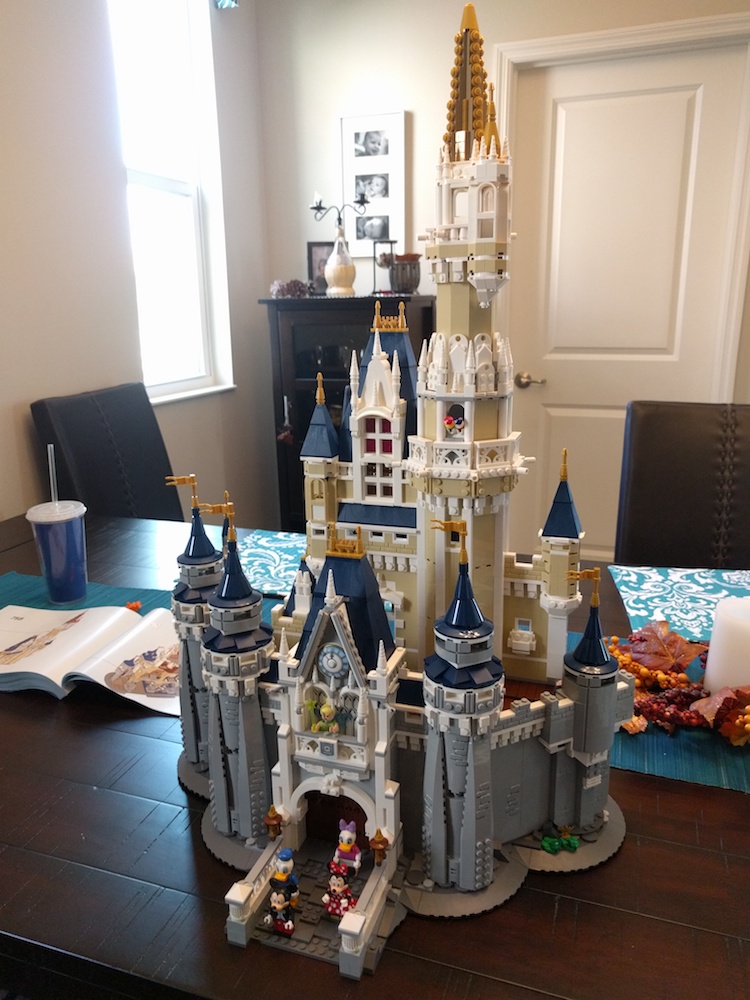 Next up was the Excavator, which has 3,929 pieces. It's massive. I've never had a Lego Technic set before, even though the cooler Creator sets have various gears and motors and stuff. This is a completely different beast, because it's all gears and rods and couplers. It's fun to build, but not always as straight forward. Stuff has to be wiggled and almost forced to get together at times. Most of the time, what you're building doesn't really look like anything. Disassembly is going to be hard. But you should see this thing. One big motor moves two conveyors, the tractors and rotates the whole thing. It's really brilliant. 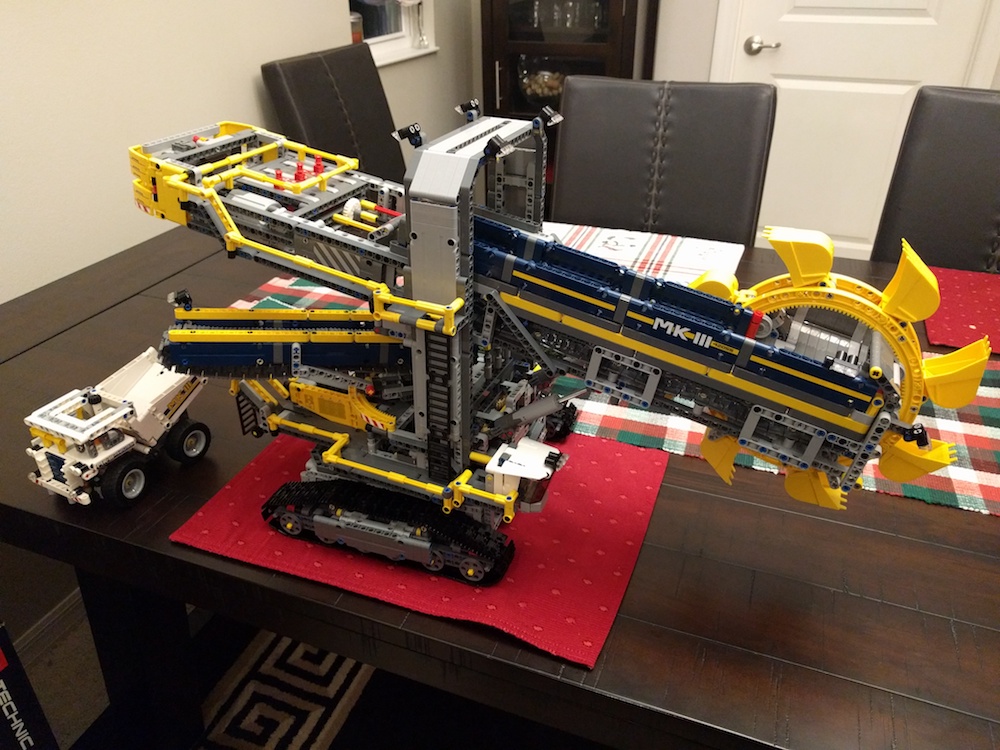