With the two hurricanes this year, I did exactly what I did five years ago for Irma: I kept up with the National Hurricane Center. For Irma, I admit that I watched the local weather jockeys for awhile, but I found their banter to be alarmist, scientifically incorrect and generally annoying. As it turns out the feds are pretty good at laying down the facts.

The NHC updates their forecast every six hours, at 4 and 10, day and night. Each update has a text narrative that explains what they have observed, what the various prediction models are showing and a summary of what to expect. They cover wind, storm surge and flooding. At the end of that, they have list of coordinates paired with wind speeds, which is used to label the cone that everyone looks at (and the TV people misuse). They also have a map that shows the approximate arrival of winds, and another map that shows the likely wind field, which was pretty enormous if not super powerful for Nicole. Then, if you just want to play the numbers, they have a windspeed probability chart that shows how likely it is that a location will get wind in one of the three tiers. For example, as Monday and Tuesday wore on, the percentage change for 39+ mph winds got to 99% pretty quickly, while the 58 mph tier topped out at about 15%. My only real complaint is that they still tend to issue watches and warnings by county, and while the edge of Orange County is 5 miles from the Indian River, and another few to the coast, the county is a thousand square miles. We're over 60 miles from the coast!

Those basic bits of information, along with some general basic science about the storms, is really all you need. Add in a weather radar app, and you're good. You learn that the front right of the storm, relative to its direction, is where the strongest winds are, and sometimes it includes tornadoes. You learn that the eyewall of the storm has the strongest winds, but only while it's structurally sound, which is generally only over water. Over land, the center of circulation becomes so disorganized that a "direct hit" doesn't mean anything more than the center crossing 50 miles away from you. This is one of the reasons I can't stand the TV people, because the way they present it, they make it seem like a storm right up the middle of Florida is fine if you're not close to the center. Ian and Nicole had their centers come within 30 miles of us (Irma was probably around the same), and I assure you the wind was quite adequate!

Regardless, here in the middle of the state, in post-1992 construction, if you're not in a flood zone, it's mostly just a lot of scary wind. As I told someone earlier today, it's a lot like airplane turbulence, where you know the plane will be fine, but you'd rather just not be in it. It's not to say that we couldn't have some freakish perfect storm of epic proportions that could do real damage, it's just that it isn't very likely. Unless you watch TV. 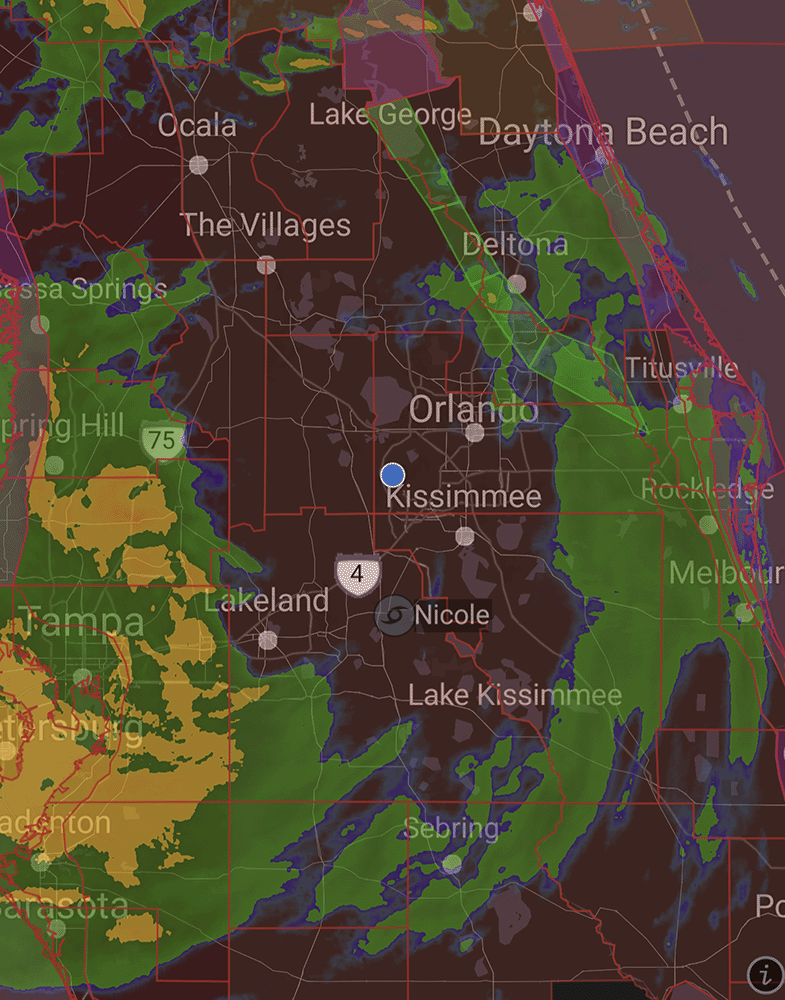