He's growing up too fast

Easily the hardest thing for me as a parent is to let my kid struggle a bit. This is probably doubly so because of Simon's ASD challenges. Mind you, two years after the official diagnosis, I'm amazed at how well he's adapted in certain ways. I'm also relieved that he's doing so well academically. But it seems like every day I have to let him suffer a bit, and fight the urge to "save" him from something. Tonight it was getting his long soccer socks off so he could shower (which I also defer entirely to him). He gives up too fast, and his fine motor skills are still behind, so the emotional plus physical struggle is definitely real, and I have to back off and let it happen.

Once he got into the shower, I crashed on his bed, within ear shot in case anything went totally wrong. I couldn't help but think about him sprawled out on the bed a few minutes before, because his physical appearance is... long. Or tall. We've noticed in photos lately that he's this tall, skinny kid, for being only 6. He's in the 90th percentile for height, already 48". My little boy isn't little anymore.

This was already setting in, particularly after someone mentioned on Facebook that he's one-third of the way to adulthood. In that context... I'm not even sure what to do with that. The first six years flew by. I mean, yeah, I can easily recall the sleep deprivation and such in the first two years, but now it seems like time is going by faster.

It seems like there's a pretty small window here. At school age, kids have opinions and personalities, and you can have conversations with them and good laughs. They also retain the affection and uninhibited love that children give. Simon loves to cuddle up with us when he's watching TV, and he'll climb into our bed (entirely too early) if we're not already up. He still wants to hold hands at theme parks. Those days will be gone soon, and that makes me incredibly sad.

I think a part of this subtle dread comes from needing a break from time to time. As adults, obviously, we want to do stuff for ourselves, and also spend important time with our spouse. So if the sadness about the kid growing up wasn't bad enough, then you feel kind of bad when you just want to get away from him for a bit knowing that the window of cuddly child-parent relationships is short. Trust me, after he was sick for a week, followed by spring break, these moments have been frequent lately.

The sense of urgency isn't all bad. I think that's why I've been so eager to take a big vacation this year with him. (Diana and I haven't taken a "real," long vacation since our honeymoon.) I'm not sure if he'll remember it necessarily, but I sure as hell will, and I look forward to creating those memories. In the mean time, I wish he would slow down a little. 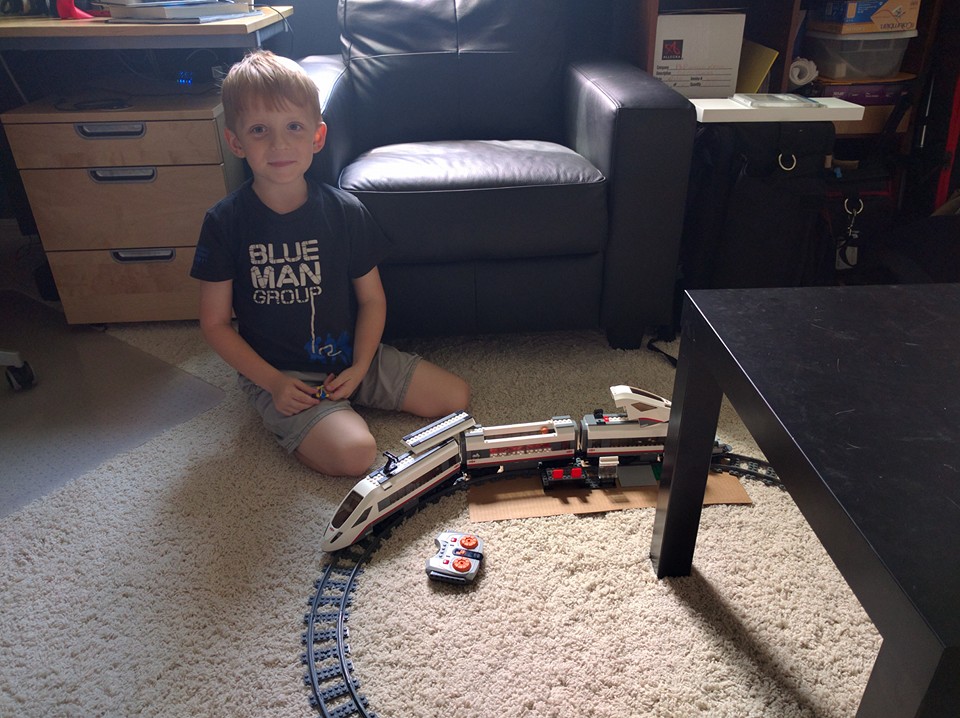