It has been interesting to see all of the action on home automation in the last few years, from learning thermostats like the Nest, to wi-fi light switches and plugs. It's particularly neat to see a lot of this stuff coming together through common devices like Amazon's Echo. When they dropped the price of the Echo Dot to fifty bucks, I figured that I had to try it.

It wasn't just that I wanted a machine that I could talk to and make it do stuff. This particular machine can also play music from a number of services, chief among them Amazon's, where I keep all of my music. The little Dot doesn't have a big speaker, but it does have Bluetooth, which my cheap-ass audio receiver has, and my 20-year-old speakers are still OK. Sure enough, I can say, "Alexa, play album Simple Forms," and it does it. That's pretty cool. Of course, you can ask it all kinds of questions about stuff and sometimes it has answers. It has a cool feature where it will play a daily briefing of whatever stuff you configure it for (news, weather and such).

As for home automation, I'm not ready to commit to a Nest thermostat because it's $250, and that seems like a lot. I get the whole learning stuff and knowing when you're home, but since I work at home and Diana works part-time, we're pretty much always home. There really isn't a time to power down the air conditioning.

But lighting, there's something we could have fun with, and it's getting cheaper. I bought some smart bulbs and put them in the living room. Now I can tell the machine to turn them on, set a color scene, and even dim them. It's not super consistent about understanding "turn on lights," which is frustrating, but maybe I need to look harder at why that is. It's kind of neat to play with. Really looking forward to plugging in the Christmas tree and not have to climb around it to turn it off. Yes, these are the problems of our times. 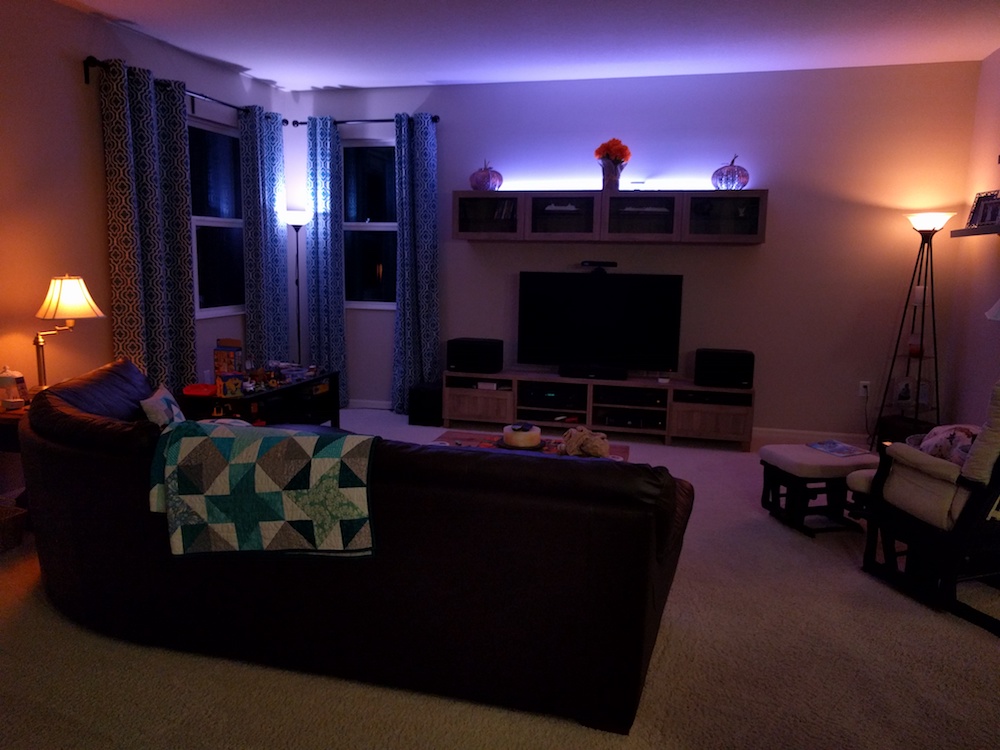 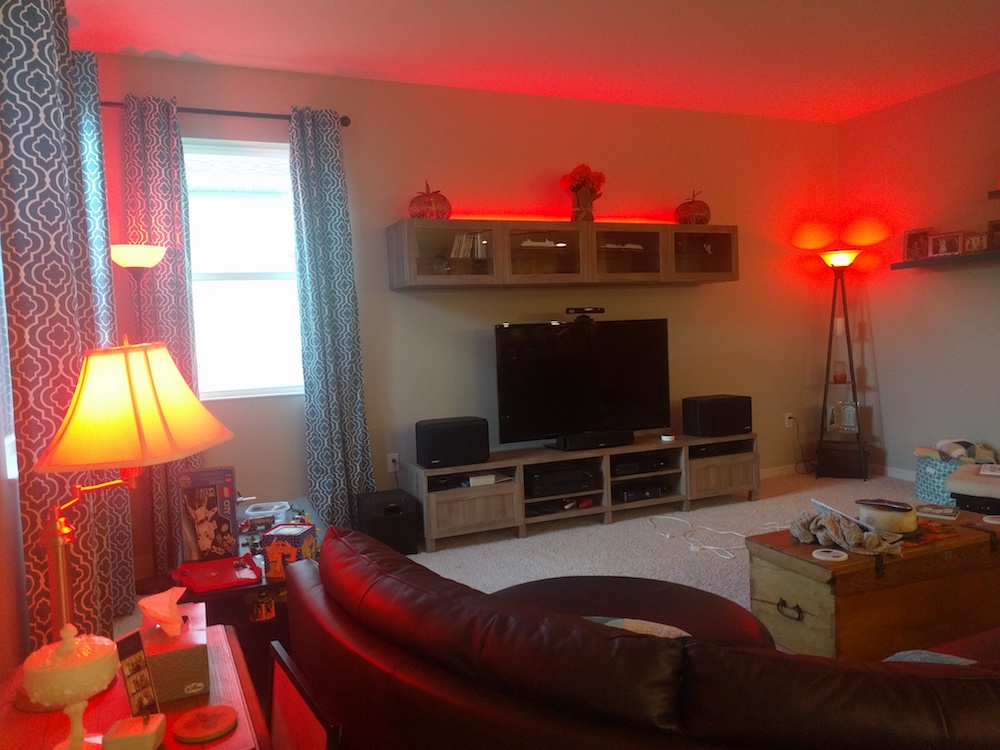 I have been interested in this space as well. Your Christmas tree comment may push me over the edge.