I finally caved and had a water filter installed 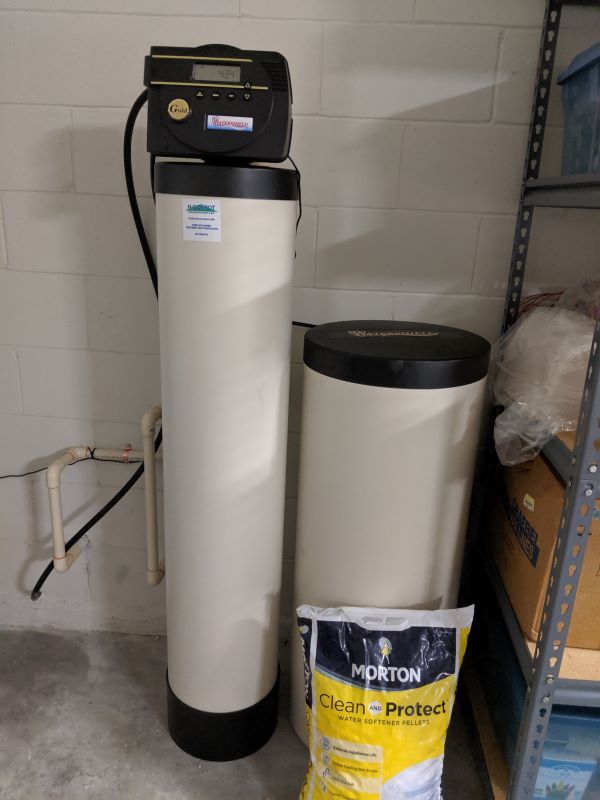 After five years or so of home ownership in Central Florida, I finally decided to get a water softener/filter installed. The water here meets all of the standards that the EPA sets, certainly, but they generally rely on the Florida aquifer to get most of the gross stuff out. This does actually work, relative to the ground water you'd find in a lot of other places, but it tends to have enough hydrogen sulfide to smell funny (especially in the summer), and the mineral content is so serious that it leaves a film on everything.

When I first moved here, the water smell actually reminded me of the Royal Pacific Resort at Universal, specifically the shower. I never thought it was outright offensive or anything, but it was definitely an "Orlando smell." Then I noticed that any time we traveled, my skin would clear up. Then I noticed the film that tends to get on everything, in the shower and in sinks, and I ever saw it on the stainless steel water bowls the cats use. We've had filters in our refrigerators, but we still bathe in it and brush our teeth with it. Also, the toilets get moldy in like three days, and frankly combating it in the shower is difficult.

So I finally had enough. The system we got isn't high end, and we have to add pellets to it periodically, but it does flush itself out. It's about the least interesting thing you could ever spend money on, but like your bed, it's something you use every day.

And it'll be fun while the air bubbles get evacuated from our system the next day or two.