It's a cloud-based world these days, but my paranoia and giant video files finally got the best of me. Well, I should say that Prime Day got the best of me, too, because I finally bought a NAS device (network attached storage) for the home. This is essentially a little box that sits on your network that gives you a place to backup and share computer files on the network. Configured right, it even has two drives that mirror each other so you've got two copies locally.

Here's the thing, I've been using online backup services for a very long time, because having a backup copy in your house is OK but creating some distance between your copy and another copy is the only way to really feel that you're safe. If your house takes a serious lightning hit (has happened), it may nuke all your copies and then you're done. Fires and natural disasters are even worse. I have a ton of old documents that I most certainly will never look at again, but the big parts I want to keep are photos and music. I've got close to 8,000 songs and around 40,000 photos I'd like to outlive any kind of hardware failures. Right now I use a service called IDrive, and I'm just barely under the 1 terabyte limit for the plan I have that costs $60 a year.

What I don't have backed up is mostly the unedited video I have going back to 1999. Fortunately I transferred all of that early DV tape to files, but then in 2006 everything got bigger when I bought a pro HD camera. This year things are getting really big with a 4K camera, and I just don't have room for it all. Buying a NAS should cover that for awhile, and hopefully at some point upstream bandwidth will be large and cheap enough that I just upload that to the cloud too.

These things are pretty cool because they're essentially little servers that do all kinds of stuff. In fact, they can even act as music servers that will work over the Internet, so you can access a library of music anywhere, but it's really kind of slow and clunky compared to what I'm working on. The useful app that I'm looking into is that it will upload some portion of its contents automatically to Azure storage. That's a little more expensive than IDrive, but I'd like to see what it comes out to in practice.

Now I just have to figure out what to do with the binder full of photo negatives that don't exist digitally. 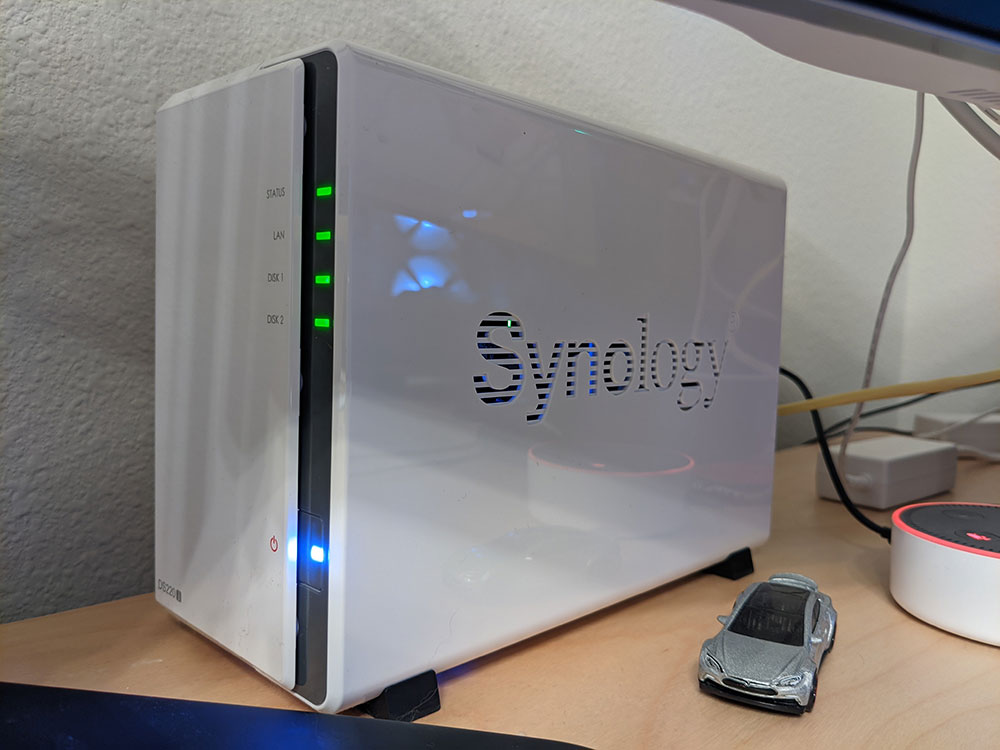