I saw Living Colour after 30 years of waiting

When Living Colour's Vivid album came out, I was a freshman in high school. I think 1988 was an awkward year for music, because the best of 80's top 40 was kind of done, and rock music was getting kind of lame. We had Michael Jackson, George Michael was having a new solo career and holdouts like Genesis, Pink Floyd and the Rolling Stones were still filling arenas. But there was this one band, an African-American group out of New York City that were led by a guy who could sing R&B or scream, and a guitarist who could shred and blow your mind. Their lyrics were political in a way that I really had never heard before. That was Living Colour, and I never got to see them. They ended up opening for the Stones, which as a high school kid meant I couldn't afford to ever see them live.

(Sidebar: When I was in college, the "classic rock" we played was 20 to 30 years old. Vivid is now 30 years old. What do you even call that? It's also weird that popular recorded music, as a thing, now spans about 70 years.)

Living Colour had three albums and an EP in those years through my college experience, and I never did get to see them. I didn't think much about them until the last two years, when they played the Epcot Eat To The Beat concert series during the Food & Wine Festival, but I missed them both years. This year, I refused to let that happen. The band was dormant for a number of years, and Corey Glover, the singer, even did a run as "Judas" in a tour of Jesus Christ Superstar, which is hardly surprising given his vocal abilities. Friday I got to see two of their three sets.

These guys are about as loud as a rock band can be, and easily the loudest of the concert series. Vernon Reid does things to a guitar that don't seem human, and he does it every song. Glover is as good of a singer as ever. I would have loved to have seen them do "Open Letter (To A Landlord)," but that's the only song I missed (maybe they did it in the second set). Of course they did the contractually obligated "Cult of Personality" in both of the sets I saw, but also "Glamour Boys," "Middle Man," "Funny Vibe," "Desperate People," "Memories Can't Wait," "Ignorance Is Bliss" and others I'm not remembering off the top of my head. They definitely leaned heavily on Vivid, but "Ignorance" came from 1993's Stain and felt particularly relevant today. I don't think I heard anything from Time's Up, but again, I didn't see the second set. Glover took a move from Mark McGrath's playbook and roamed the crowd doing selfies. And like other bands, they indulged in a pretty great cover, this time a very metal version of The Clash's "Should I Stay Or Should I Go." I mean, it was face-melting.

It may have taken three decades for me to see them, but I'm so glad that I did. They're amazing. I realize now that they were ahead of their time. It's also frustrating that their music is so relevant today. "Funny Vibe" might as well be an anthem about driving while black this decade. Have we really not gotten past that in 30 years?

Living Colour is a bright spot from the late 80's/early 90's that are as good as ever. If they come back next year, I will make it a point to see all three sets. 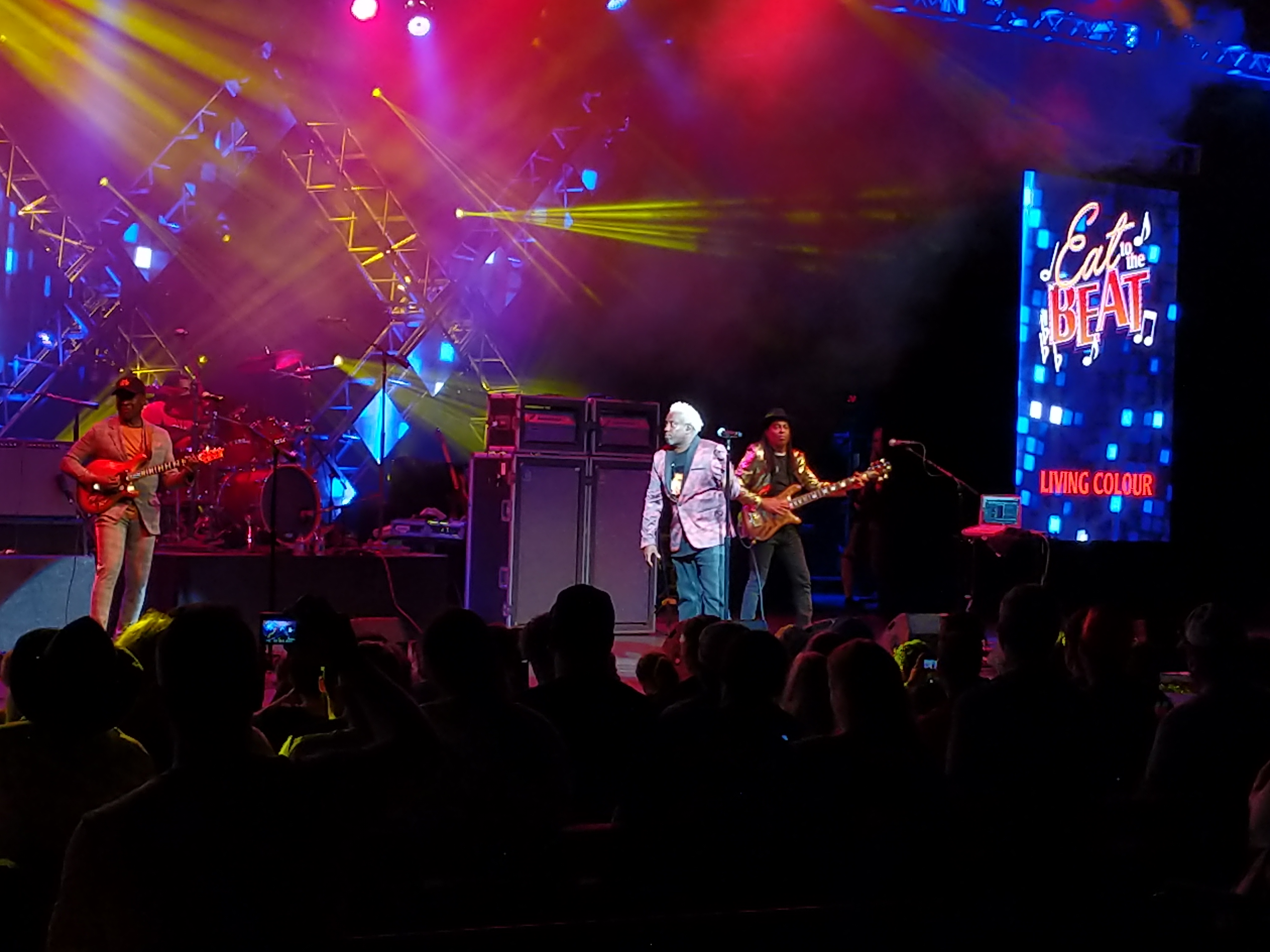