I think I really can build a music locker 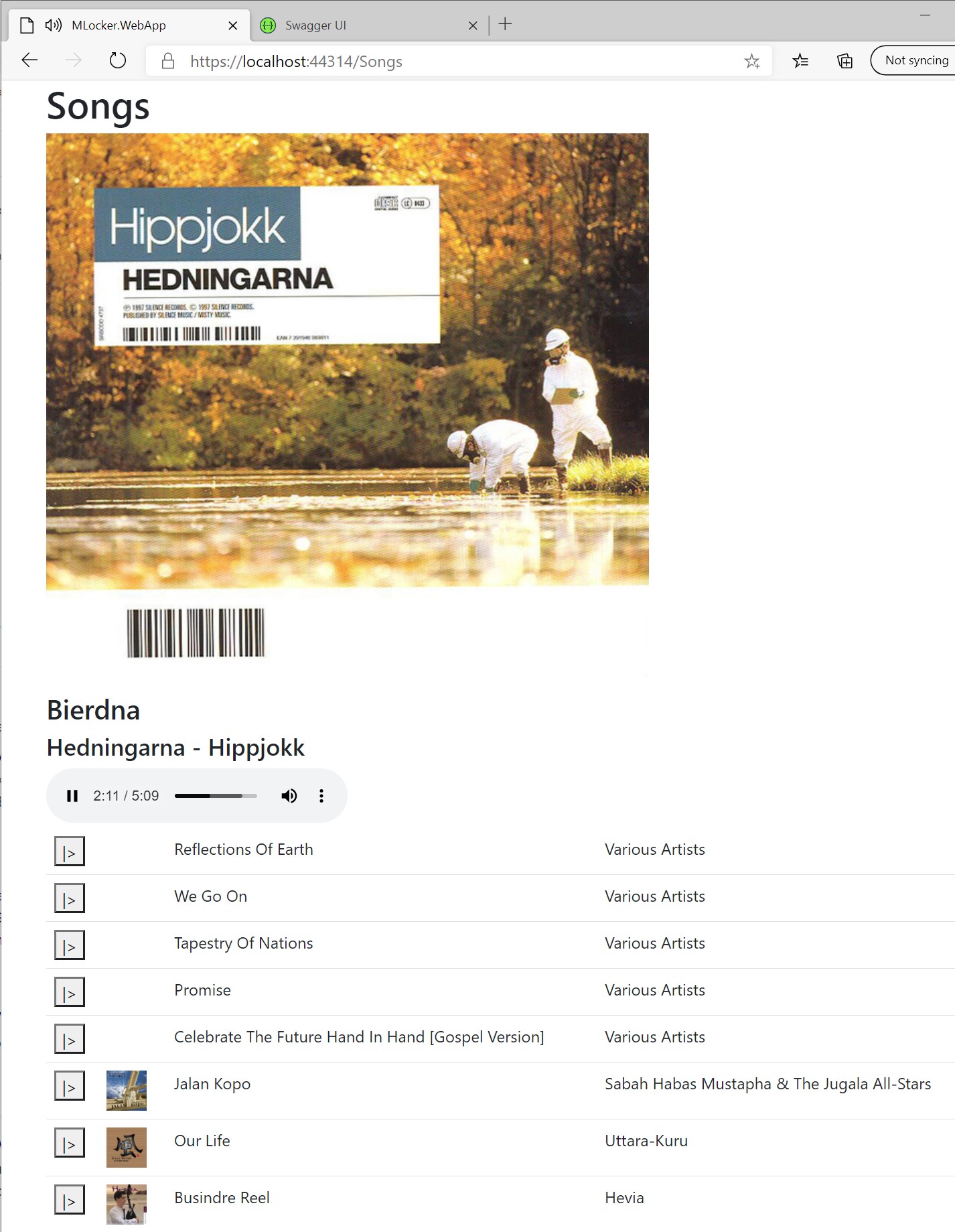 After forgetting about it for awhile, I realized that the imminent end to Google Music, replaced with YouTube Music which is not friendly to those who have their own collections, pushed the idea of my own music locker service back to the forefront of my mind. The previous two weekends, I experimented a little, then this weekend I went deeper, spending much of the day on Sunday on it.

After many commits and messing around, I have so far and in an unpolished fashion found a way to upload music, read the metadata, persist it all, yank out the album cover images, play it back in the browser and sort out the albums. Like I said, not the cleanest thing in the world, but it works, and it's all up on the open source project. It's all a rough prototype, but whatever, it actually works!

I haven't sat behind a keyboard and tried to solve new-to-me problems for a long time, but it's really satisfying. This particular project has been on my mind for awhile, and most of the problems aren't really hard beyond using new tools that I haven't used before. I think I can legitimately make this work, and if it does, maybe I'll look into spinning up a mobile app for it too, since the code is sharable.

You know that whole thing where people are like, "I need a hobby, so I'm going to take up woodworking or restoring old furniture?" This is usually accompanied by romantic notions of working with your hands or whatever. Well, those are absolutely noble and reasonable pursuits, but I'm starting to realize that I'm already have a fair amount of expertise with something that I don't directly do for a living. And I do in fact use my hands to make stuff, via a keyboard and mouse.

While I sure need to get out of my chair more, especially with the weather changing, at least doing this stuff keeps my hands and mind busy so I'm not eating or passively consuming TV or something. There's a lot of winning in that. It helps with anxiety, too, because when you're deep in thought trying to solve a problem, it's a bit of a reprieve from everything else.