I took Simon to work

I didn't know this, but there's a non-profit called Take Our Daughters and Sons to Work Day, which formerly didn't include the sons part. But whatever, workplaces have been doing some variation on bringing your kids to work for a long time. I was pretty excited when I found out that my work was sponsoring just such an event.

We have a little over 100 people working there now (well, not everyone works in the building because sales, remote, etc.), but we're totally set up for this kind of thing. We have a big common area and a "theater" room for larger groups, plus a chef who makes us several meals per week. Then there are great people who care a lot about what they do, so a number of people represented different parts of the company to explain what they do. My boss, the CTO, showed how to make a video game using Scratch, which Simon is super interested in now.

Of course, Simon being Simon, it was all of the functional things about the office that he found interesting. We have little tablets outside of our conference rooms, for example, that talk to Google Calendar and show green or red, or when they'll be reserved next, and he thought that was amazing. He loved our meeting stuff through Hangouts with little Chrome boxes to share screens. Heck, he thought it was cool that we have glass sliding doors. He had a really good time.

I'm glad he got to see where I work, even if he doesn't fully understand what we do. For a place that's mostly a bunch of desks in open areas, he thinks it's neat the way there are so many people there working. I hope I can keep him interested over the next few years. 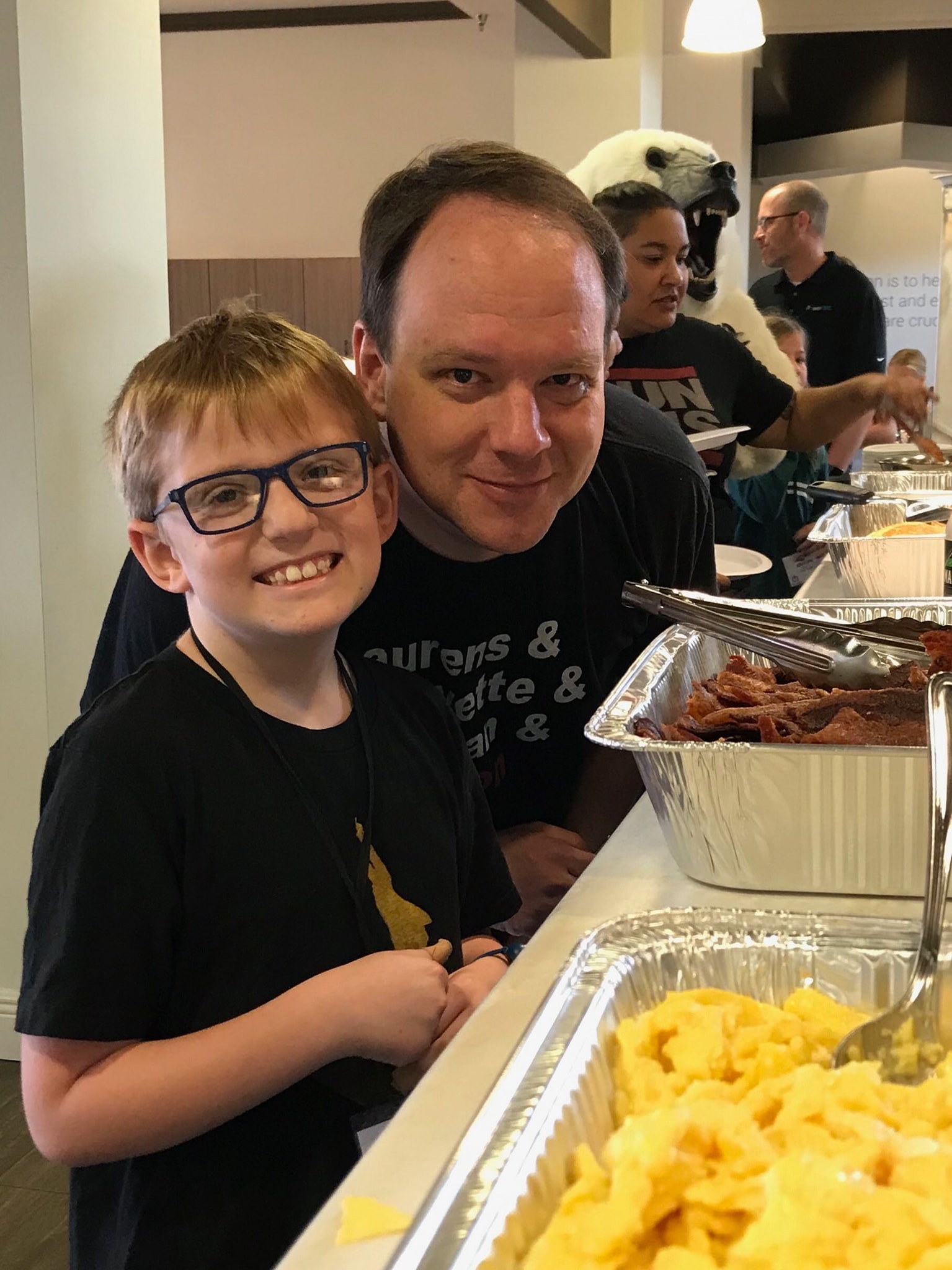 You're totally burying the lead by posting that photo and not explaining the polar bear in the background.

It's our company mascot. I'll leave it at that. :)