I'm sort of doing a radio show... in Alaska

My last time doing an on-air shift at a commercial radio station was at the start of 1996 (Cleveland's Shit Music, Jammin' 92.3!). As the story goes, and I've described it many times, I was doing overnights with no contract, and the terrible midday guy with a contract got booted out of his spot and they had to stick him somewhere or pay him out. I was handily moved to part-time. With the realization that I was "losing" a $15k salary and still living with my parents anyway, I decided that was going to be the end of my radio career. It was a terrible business.

I really liked playing tunes for people though, "Macarena" being a notable exception. It wasn't like real work, and that's probably why it didn't pay like real work. I got to that job so quickly after college that I let my ego get the best of me, thinking it was a legit way forward. But it was a lot of fun.

In 2009, right before we moved to Seattle, I did a couple of radio shifts on my college station. Gone were the days of it being on the air 18 hours per day, and they invited me to drop in, fire up the transmitter, and do whatever I wanted. I did what any wash-up from 13 years prior would do: Play all of the music I never got to play. I did a mix of alt rock spanning almost 20 years, and it was super fun. Ten times as fun because I didn't have to make a living doing it.

It seemed absurd to me that there wasn't a technological way to achieve this legally today, and as it turns out, there is a way. A friend of mine that I've known for a long time via the roller coaster community has a show called Spare The Rock, Spoil The Child, and it airs on public radio stations all over the place. His home base is currently KUTX in Austin, but he can just as easily do it from home. He uploads the show to PRX, which acts as a distribution mechanism to radio stations all over, and you can stream shows there. PRX and the radio stations handle all of the licensing, so you don't have to.

I decided to make a show called Modern Gen-X. The idea is simple enough... play alternative rock from the last three decades and mix it in with current stuff. No one is really doing this in commercial radio, and I haven't been able to coax a streaming service into it either (playing Billie Eilish and Screaming Trees is apparently incompatible). Maybe no one actually wants this, which is also possible.

I don't think that very much radio is really live anymore, but for me, much of the joy in radio was playing the songs. I've endeavored to do that, instead of just editing a show together. I play it "live" and mix as I go, and if I choke on words, and I do because I haven't done this professionally in 24 years, so be it. I want it to be fun and in the moment, and for an hour recapture those feelings of college radio.

There are two shows in the can so far. I don't have any production value yet, which is to say there are no stabs or anything from a voice-over guy. No theme song. I suppose I may get there eventually, but for now, it's fun to just play the music. I bought a cheap DJ controller so I at least have physical buttons to push, and despite having done a podcast back in the day, I never did buy a good microphone until just now.

PRX allows you to charge for your program, but I have mine set up to be free. So far, a station in Alaska has "bought" it, which is to say they may air it. That's kind of neat. I'll keep at it, and see if others follow. It's a fun distraction, and if I commit to it, it forces me to take a break and listen to music, which really helps me chill out. We can all use a little more chill right now. 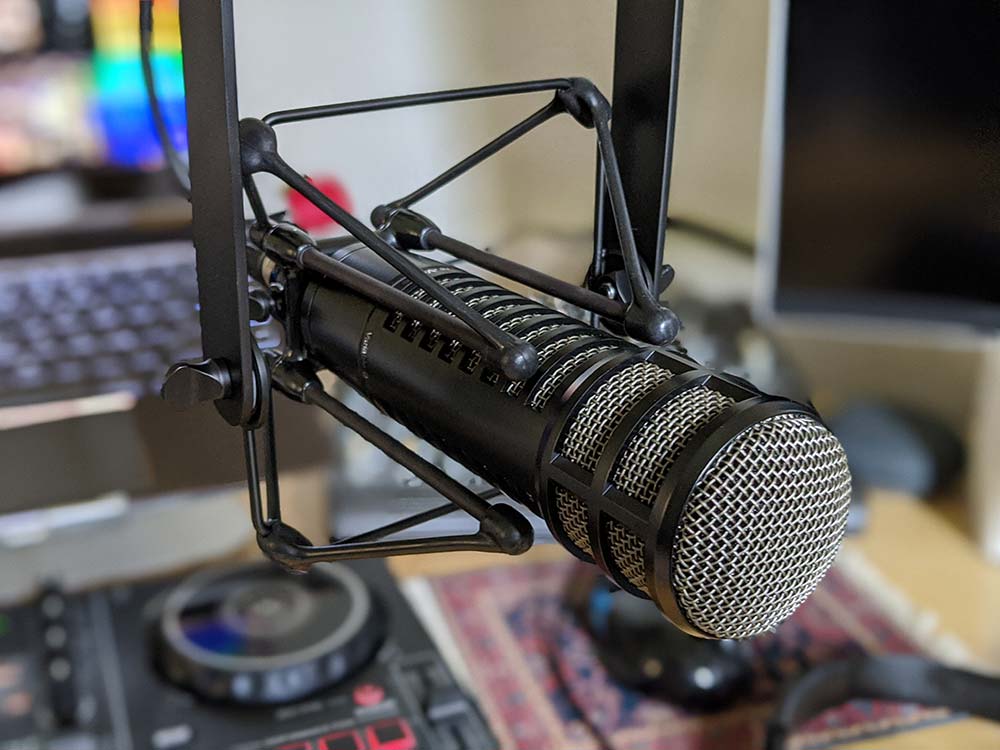 I've actually done a few things similar to this purely for the fun of doing it. Is there any clearance you have to have for the music? I've always wanted to post my stuff as a podcast, but the issues with music copyright stuff have made me hold off.

In this case, you can stream it through PRX, but you can't do it as a podcast (via download from an RSS feed) without running afoul of licensing.