I've been to a lot of shows. I doubt I could even name everyone that I've seen. But I can still say that last night Imogen Heap likely made the top three of all time for me (the other two being Garbage at the Agora in Cleveland, 2005, and Nine Inch Nails at the Palace at Auburn Hills, 1994).

I saw Imogen in 2006 in some tiny club outside of Detroit with Kara and Tobe. At the time, I basically knew the songs from Speak For Yourself, which was suggested to me by iTunes. I knew a few of the songs from I Megaphone. She was charming in that little room, without a band. She stripped down a lot of what she did, or used tracks. It was a great show, and I was excited about her future.

Unfortunately, the next album, Ellipse, didn't come out until years later, in 2009. It was worth the wait. I really love that album, and I couldn't wait for the tour. I recently blogged about how she was having a tough time making any money on tour.

The show started with her introducing the local group that would later join her on stage to sing "Earth." I guess she's been doing this on much of the tour, auditioning via YouTube. They were pretty interesting, and when they did sing with her, got a standing ovation. In fact, I couldn't believe how good it was. You just don't get to see things like that live very often.

Imogen Heap has stories, and she's very quirky in her delivery and interaction. Her strange social sense is part of her charm. If she was the weird kid growing up, I bet she's the person everyone wants to hang out with as an adult.

The other opening acts, also part of her band, were the Geese, who make noise with violins, and they weren't very interesting. I like noise, but even ambient noise has to go somewhere or do something. Ben Christophers was her guitarist, and I thought he was quite good.

The set list was pretty varied, and not nearly as current heavy as a lot of people get. In fact, she did quite a few I Megaphone songs, including "Come Here Boy." One song I didn't recognize at all, and it might have been one of the Frou Frou songs I don't know. The only songs I kinda missed were "Candlelight" and "Daylight Robbery."

She's really quite a musical genius. She started "First Train Home" by sampling the sound made from rubbing wine glasses. She kept adding sounds to the loop until she had that train-like "choo choo" rhythm that the song is known for. It was really amazing.

For "Just For Now," she did it a capella with the audience. She set up the three-part harmonies with the crowd, and went with it. It was one of the neatest things I've seen as far as crowd interaction.

Another thing she's been doing on tour is improvising a song, based on a melody and key suggested by the audience. She records it all, then posts it to her Web site to raise money for a local charity. Again, she's just got this natural genius to put things together and create something.

Some of my favorite moments included hearing "Canvas," with "The Fire" leading into it. That's such a great song, and to hear it with that intensity and volume was awesome. She did "The Moment I Said It" in a new arrangement that kind of cleared it from being a song that stings a little to this day (given the subject matter and timing that I first heard it). So many other favorites too. She ended the band set, explaining that's where they would do the fake ending, with a completely rocked out, loud and noisy version of "Tidal." She even had the stagehand bring out shades for her with her keytar and did a flying leap to end it. It was rad.

She ended center stage with her keytar and did "Hide and Seek," again relying on the crowd to fill in the background with the "ransom notes keep..." part toward the end. She got the standing-O. It was well deserved. About two and a half hours on stage is impressive for any artist, but especially one with only three albums. 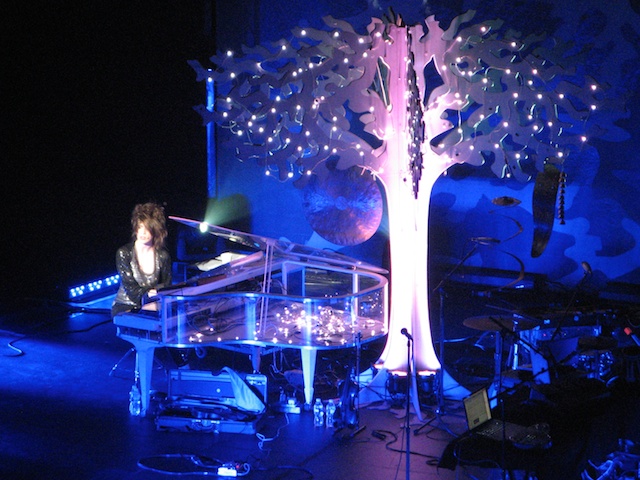 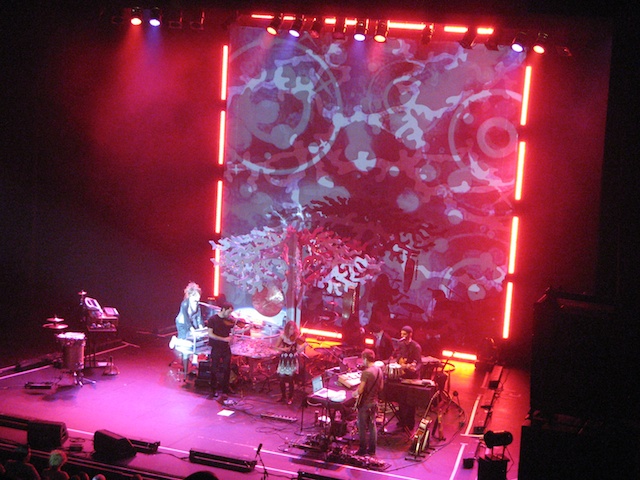