In 2011, I decided to buy a Lego train to put around the Christmas tree. I've always liked the idea of having a toy train, but I liked the idea of one you would build even better. That this one had a motor (the cargo train from some years ago, #3677) was also a plus. This was largely a solo endeavor, building the train, but it's a quick build and satisfying to knock out in an hour or two.

Later, a year or two ago, I bought the high speed passenger train (#60051), but that was mostly relegated to my office. I even bought the neat little station to go next to it (#60050). This year, for Christmas, I decided we would build both trains, and throw the track switches in there. Why not?

This was a great year, because it was the year that Simon started to demonstrate his ability to understand and follow the instructions for Lego sets, and his motor skills are (mostly) able to roll with the construction as well. I had Simon build the simpler cars while I did the engines, and we knocked them out in record time.

So for the sixth year, Lego trains are a part of our holiday season, and now I get help. I love the little things like that, where we can do something together. 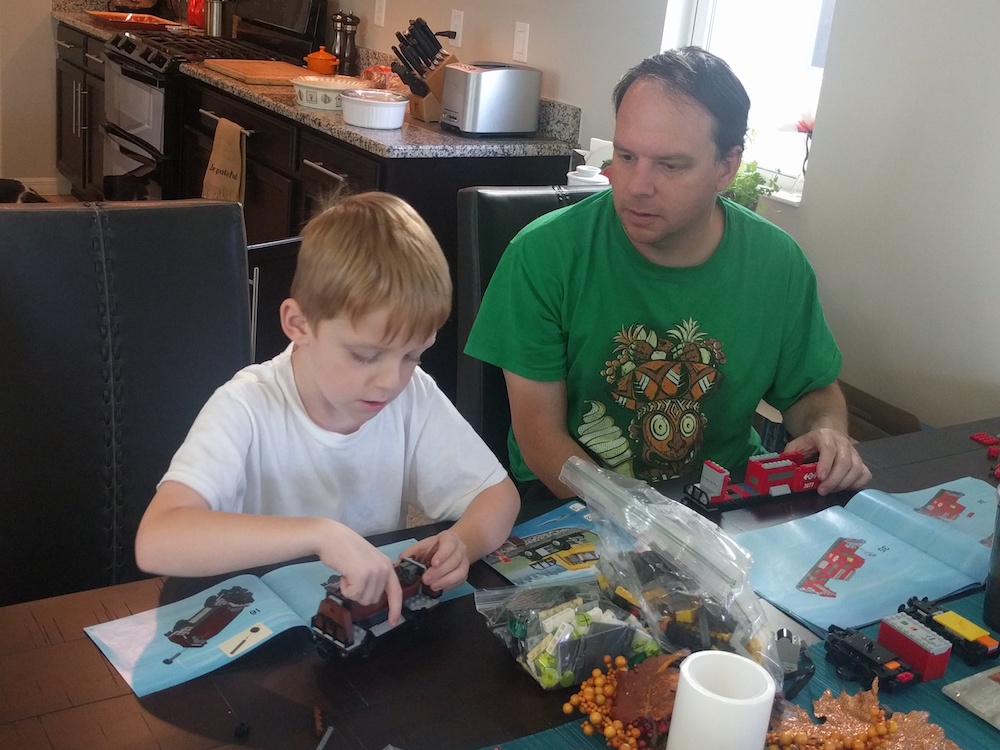 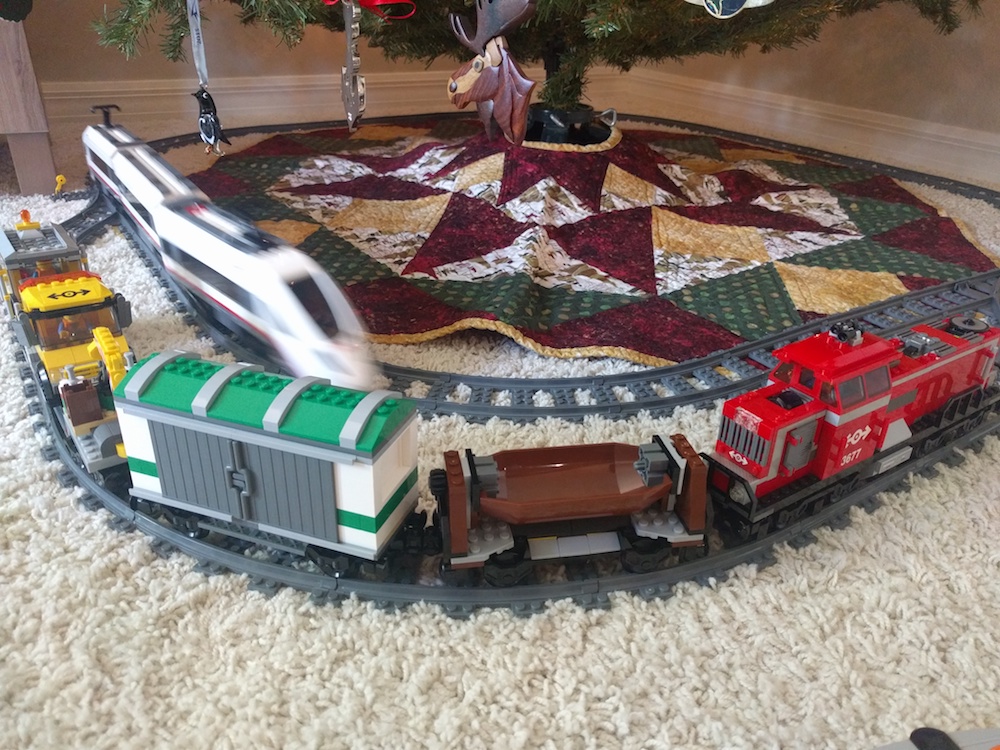