While I was having a good time at Cedar Point most of the weekend, some of my friends buried Mary, one of my friends from the Penton Media bust-boom era (about 1999 to 2001). She wrote for one of the magazines I worked with there, and was part of the Moe's lunch crew. During that time, and in the years that followed, she would be a regular at our parties.

If you didn't know her, but you were at those parties, all I have to tell you is that she was the blonde with the laugh. Yeah, that laugh. I don't know how a person naturally arrives at such a laugh with that kind of sonic penetration, but Mary did. I suppose some may have found it bizarre, but I think we all loved her for it.

I last saw Mary about three years ago, at a party at the Freeze's. I didn't sense anything particularly different about her. In fact, a lot of her general themes were consistent, that she felt underpaid, not professionally appreciated, and concerned that she'd lose her job. I used to write off some of that as goofy paranoia, but being blonde wasn't always great for being taken seriously as a journalist. Given her feminist tendencies, I understood where she was coming from. After that party and my move out west, I largely lost touch with her because she wasn't very active online.

I knew that she had eating disorder issues earlier in life, though I didn't recall the conversation I had with her about it until last week. It's an issue I'm sensitive about in part because I've coached a lot of teenage girls, but also because one of Stephanie's college roommates eventually died of anorexia, a couple of years after Steph graduated. It always troubled me that my last memory of this wonderful person was her at a skeletal 80 pounds.

Friends who were closer to Mary saw a change in her about a year ago, and apparently it just got worse. I don't know the specifics, but it sounds like Mary probably died of some combination of the eating disorder or mental illness. Closer friends spent a lot of last week wondering what they could have done differently, and I'm just not sure that they could have changed anything. The sad reality of these kinds of illnesses are that the person has to want help. There's only so much failure you can attribute to friends, families and our institutions.

To that end, having seen a person deteriorate like that before, maybe I'm glad that I never saw Mary that way. It doesn't make me less sad about her passing, but I'd much rather remember her as the life of the party. I remember her dancing at my first wedding, being a considerate smoker away from me in my back yard, and having lunch with her and having conversations about the most brutally honest topics.

A quick search shows some nice things written about her. She went back to Penton, years later, and this editorial definitely captures her professional spirit. Here's one from Tire Review as well. For all the personal insecurities she might have had, she really knew the industries she covered.

Mary was only 37. The world is definitely going to miss out not having her. I'm so glad that I had the chance to know her. 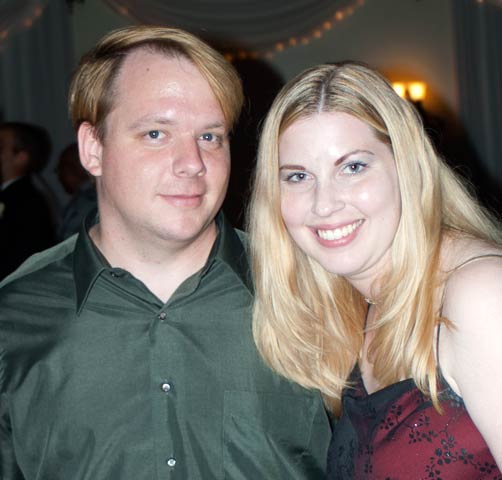