My favorite photos ever, part 1

I've been thinking a bit about the thousands of photos I have, and I'm surprised that there are a number that I often recall as if they were songs. The "language" of them always sticks vividly in my head. I decided that I wanted to share some of them. In many ways they're like a pictorial history of my life, the way I saw it at the time.

Many of these are probably unremarkable because they don't have context for anyone other than me. Others aren't technically "right," and have flaws. Believe it or not, some were taken with $4,000 worth of camera and lens (hey, digital was expensive at one time!), others are taken with my cell phone. Some are even from film. Regardless, I cherish these. They're presented in chronological order, but many of the images I have on film simply aren't scanned. I'd like to add these to my list, eventually, because most of these are from within the last 15 years, and more than half are just in the last five.

First, this is Cedar Point's Monster, in 1998. It was shot on Kodak film, ISO 400, using an Elan II body. What I love about this is that it was the only one of its kind that I shot on that roll. Making around $27k a year, I was kind of cheap about buying film and processing it. A year or so later I doubled my salary and was more liberal, but experimenting was expensive, and the feedback was not immediate. So I set up the camera on a garbage can next to the ride, did a long exposure, and this is what I got. 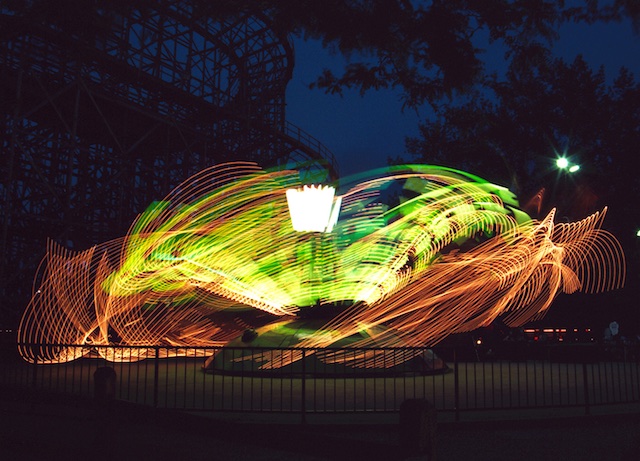 I shot this photo of Cedar Point's Raptor on a Canon D60 in 2002, which was arguably the first DSLR that normal humans could sort of afford. At 6 megapixels, with an APS-C sensor, it had some compromises, but it was so freeing. I had to order it from Canada to find one. I instantly loved this photo because of the expressions of the riders, which vary from horror to total euphoria. 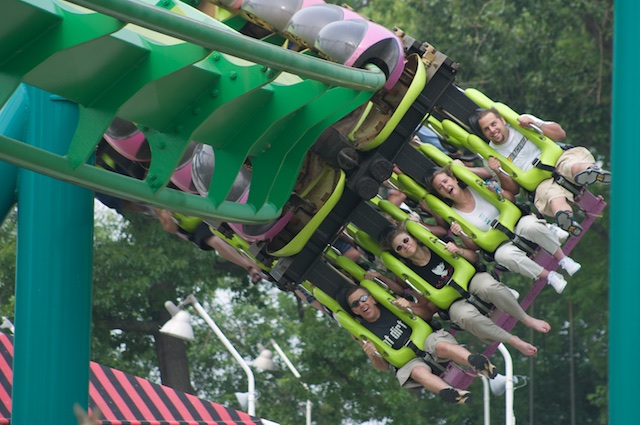 I've never been a big fan of doing portrait photography, but sometimes people look at you when you're trying to do candid. My first wife, Stephanie just happened to do this while we were having dinner at a Holiday World event in 2003. Right around the time this photo was taken, maybe a little before, a tragic accident killed a rider who came out of a coaster train on the other side of the park. That might be part of the reason I love this photo, because our reality, and the memory I choose from that day, includes this beautiful moment. That perfect light near sunset just lights her up and brings out the vivid red of her hair. 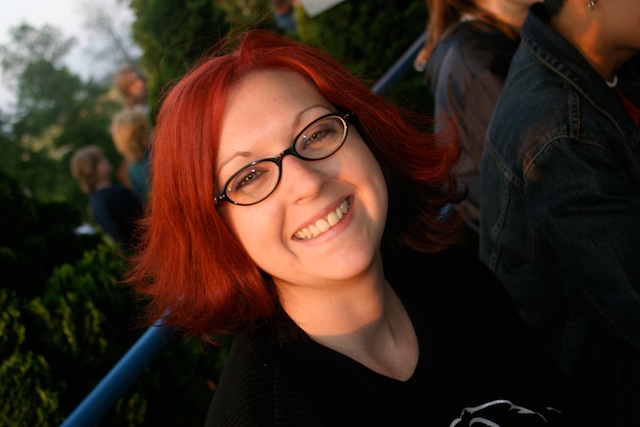 That was also one of my first shots with the Canon 10D, which replaced the D60.

I've never spent a ton of time trying to nail down sports photography. One of the hard things about coaching volleyball was that I obviously couldn't photograph my own kids while coaching. Fortunately, I was able to do so during their high school seasons, while I had them during the USAV junior season. This is one of my favorite kids of all time, Caity, playing for Midpark High School in her senior year. She went on to play for Marietta College. She wasn't that tall, but she had a natural talent as a setter that was exceptional. I love the airtime she had on this set. As a typical coach, of course, I had to criticize her for not being more squared to her target (it was an outside set). She was a joy to coach because she always wanted to be better, no matter how good she was. 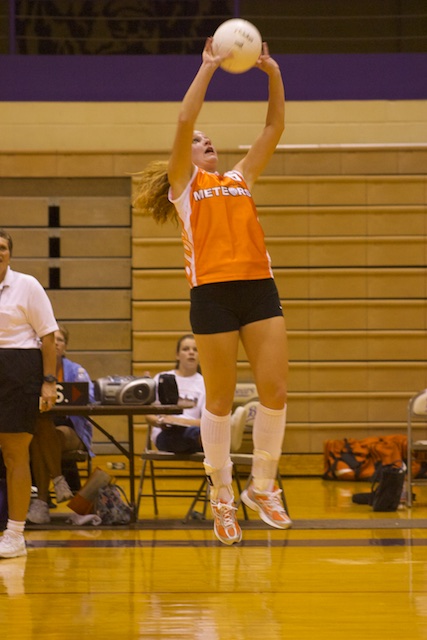 This is another unintentional portrait. My girlfriend at the time, Catherine, had started vet school at OSU in Columbus in 2006, so naturally we did stuff all over town. I think we ended up getting into the zoo there for free because of her student status. It was a chilly day, but I thought it would be neat if she climbed on this tiger sculpture for a photo. At the last moment, she leaned down to give it a hug, and this is what I got. Like the photo of Stephanie, the sun got involved in just the right way. The wind kind of spread her hair around in a flattering way. I think the joy in her face might have been rooted in the fact that she was so happy about the path she was starting down as a vet student. Things obviously didn't work out for us in the long term, but I claim a little bit of credit for her meeting her husband, because this is the photo she used for her online dating profile. 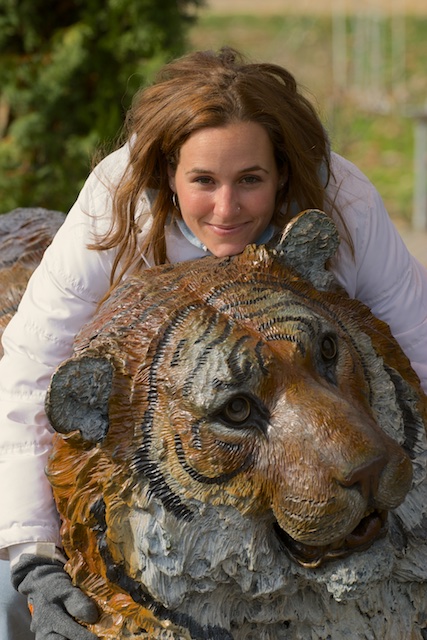 This is one of several photos that is technically not ideal. The exposure is really terrible. I captured it with a Canon Powershot A710 IS. I include it here anyway because it's one of my earlier shots of Diana, and it captures some of the things I love about her. One might argue it's fitting considering my accusations of her being a crazy cat lady, but understand that Oliver is a total people cat. I also love the way her hair is spread out. I just think it's generally pretty, if not particularly artistic. 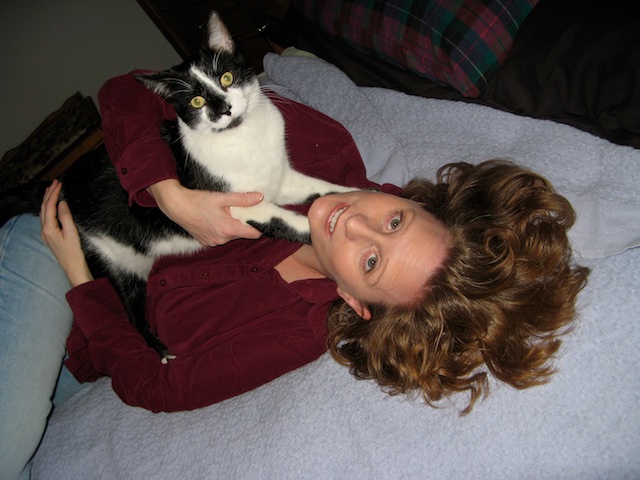 Next time: Sports, animals, rock stars and an early photo of Simon.