Last night we went to see what I think was my 15th Blue Man Group show (counting the arena shows, plus Orlando, Chicago and Las Vegas). My former officemate from Microsoft was in town with his wife, so I asked if they were interested in seeing the show, as there was a $36 plus tax special running for tickets. That's an amazing price, considering I've spent a hundred in Vegas. We spent more at dinner! It was going to be Simon's fourth show.

Simon is a smart kid, but his challenges with sensory development and ASD have been something, at times, to keep us up at night. My personal concern was always whether or not he would really "get" music and more creative endeavors, given that much of his early play exhibited intense organization and not imagination. Heck, even now, a theme park ride has no magic for him... it's all mechanical. Even some of the stage shows are about little more than the tech to him. It's frustrating when we go see Finding Nemo: The Musical at Animal Kingdom and all he can talk about is the doors on the stage and the wires that fly around the actors. But it has been a relief to see him enjoy music, want to dance to it, and in a few cases even sing a few bars. I introduced him to Blue Man Group pretty early in life, and it stuck with him.

Last night's show was the kind of pure joy that I doubt any parent sees that often. It was like him on Big Thunder Mountain Railroad, his favorite roller coaster, only that enthusiasm lasted the entire hour and a half of the show. He loved it, smiled the entire time, flashed his "Floppy The Banjo Clown Hand Puppet" sign frequently. He couldn't stop talking about what a good day it was, even this morning, and I think we all needed that with some of the behavioral issues we've had lately.

I love my little BMG fan. 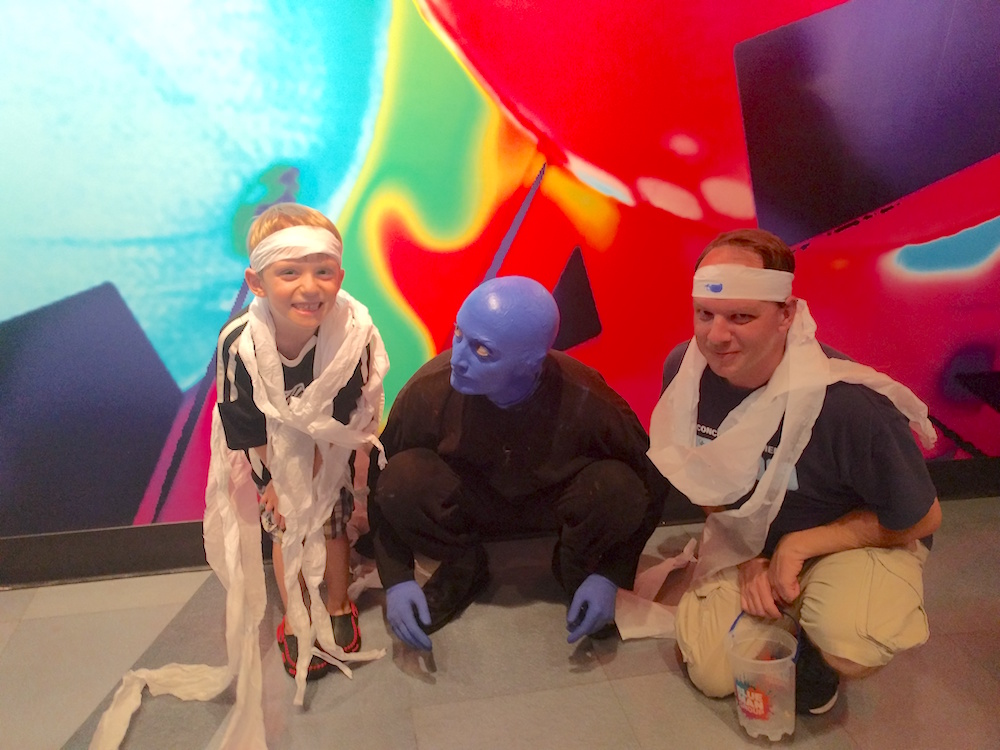 We had a great time and loved hanging out with Simon and his parents. I've been looking forward to the day when we would be here to get to see him again.

We are all looking forward to the next time.