My state of coaster enthusiasm

I did a podcast interview at work today. They've been doing a series of these for awhile now, profiling various people in the company, I imagine as a means to build our reputation and brand. I think it's a good idea, because I work with some pretty great people, and collectively I think we're really good at what we do. But it got me to thinking about the podcast I used to do for CoasterBuzz. We stopped doing it about four years ago. I really enjoyed it, in part because it reminded me of the good old (poor) days of working in radio, and mostly because I got to virtually hang out with a very dispersed group of people that I've met over the years that I really enjoy hanging out with.

What I find interesting about that circle of people is that none of us are at the level of roller coaster nerd that we were then. Not that I've surveyed that gang, but I imagine that life has generally changed for us quite a bit, and so have our priorities. Some of us have kids, our interests have changed, and I think there may have been a fair amount of fatigue that set in. I was pretty hardcore about traveling to parks and what not in the early oughts, but as the decade wore on, I think there was a level of sameness. I know people who travel all over the world to hit as many rides as possible, but I'm barely motivated to visit the next state for something not that different from what I've been on before.

Even when we were doing the podcast, we had more fun talking about stuff in the peripheral, about the business and travel and often things that were completely unrelated. The deep fascination with the rides themselves isn't there, because again, sameness I think. When I actually spent a year working for a theme park company, there weren't really any big surprises, having observed them for more than a decade, but even when it's something you're passionate about, it's funny how you don't necessarily want to take it home from work.

The other thing is that the community got weird. I mean, it was always weird, but I'm talking a different kind of weird. When I was all giddy about the construction of Millennium Force in late 1999, I hung out with a bunch of dorks that would meet up at a park, ride a bunch, have some beers and share excitement about whatever was going up. A few years later, all that seemed to matter to people was the perks they thought they deserved as members of clubs, and people counting how many rides they had. Online community was even more weird, and the attention I got for running sites made me uncomfortable in the way that stalkers showed up at my radio appearances back in the day. I never wanted to be the CoasterBuzz guy, I just wanted the site to be a thing people liked to use.

What about the sites? PointBuzz (then Guide to The Point) was something I started in order to share photos and content. Regardless of the time and effort we have to devote to it, I'm sure Walt and I will keep it going indefinitely, with peaks and valleys of improvements (I think our second version famously took five years). That thing has been around for 18 years! CoasterBuzz has shifted in purpose many times. In 2000 I wanted to rule the online community. By 2005, I got tired of generating content, and apparently so did everyone else because the hundreds of niche sites went away. That was the year that ad revenue peaked. In 2010, my interest in maintaining community was probably at an all-time low (I was just-married, had a child, moved cross-country, started working for MSFT and had two houses to sell), but the site was still a proving ground for technology to me. By 2013, my interest returned, but I didn't feel like I could ethically commit to it while working at a theme park company. Today it's back to a proving ground, largely for my open source project, but it sees 50% more unique users than it did in 2010 (go figure), and ad revenue has stabilized, even if it's a third of what it was in 2005. Outside of the software, I doubt I average more than an hour per week maintaining it, so there's no reason to stop.

I still love roller coasters, of course, and I'm hoping that Simon also latches on to more of them now that he's 48-ish inches tall. I can see getting back into it as he gets older. For now, I feel like life is pretty full, in a good way, but not likely to include a lot of coasters beyond Big Thunder Mountain Railroad. I think I got into it for the people, and while the riding may not be as frequent, I still know all of the people. 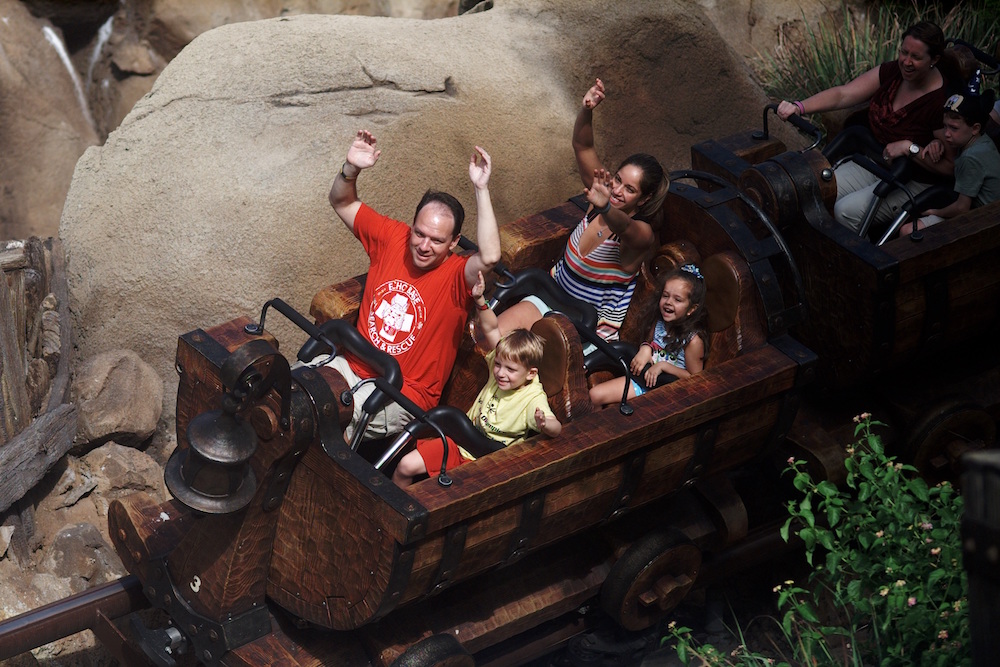