We spent the morning of this Earth Day at Legoland Florida, which also happens to be the former Cypress Gardens. The gardens are still there, and they're an extraordinary and lush area at the park that includes a very special tree. The banyan tree in the park was planted nearly 80 years ago, imported from India by Dick Pope, creator of the gardens, according to the park. It's a staggering structure that looks like science fiction, but it's a real organism impossibly spreading its branches horizontally in every direction. It's awesome to see what nature can do.

Human beings generally do recognize nature as a powerful force, though it often takes a disaster to remind us how awesome it is. Earthquakes, hurricanes and tornados serve as deadly notification that we're not as durable as we think. These relatively quick but powerful reminders command respect, but it turns out that we can certainly leave our mark on nature as well, with only more subtle, long-term consequences.

Climate change is real, and we're doing it. Scientific consensus doesn't come easy, but this is a settled issue. Political opinion won't stop it. You don't have to take my word for it, go read. The window of opportunity to change course or at least mitigate the damage is closing. Even the US military declares it an issue of national security.

When I was growing up, the 90's made recycling a necessary and fundamental part of our life. People resisted at first, but the cost of not recycling became a real monetary concern for everyone. Really clever government, like the county where I lived, built a processing facility that sorted the garbage from the recyclables for you. In the end, the responsible thing to do lined up pretty well with the right fiscal thing to do.

Converting to clean energy to reduce carbon output and mitigate climate change is going to be a little harder and take a little longer, because the fiscal impact isn't as obvious yet. It's getting there though, starting with rising insurance premiums for coastal property. High tide is causing flooding already on coastal cities, especially in places like Miami-Dade County in Florida. Living near a coal-burning power plant is a known health risk. Oil itself is a destabilizing commodity at the root of expensive war and conflict globally. Droughts are forcing migration and the closure of farms.

The great thing about this situation is that the technology to solve these energy problems exists today. Photovoltaic cells are plunging in price. Wind turbines are getting easier to build. Energy storage and distributed generation is now powering entire islands in the Pacific. Electric vehicles are getting cheaper and cover 99% of most people's driving use cases. We are on the brink of an extraordinary transition.

That banyan tree is a beautiful reminder of what nature is capable of. It reminds us that nature needs and deserves our respect. Every day should be Earth Day. We have an obligation to our kids to leave them a planet that doesn't suck, so why not work on that today? We already have the ability... now let's find the will. 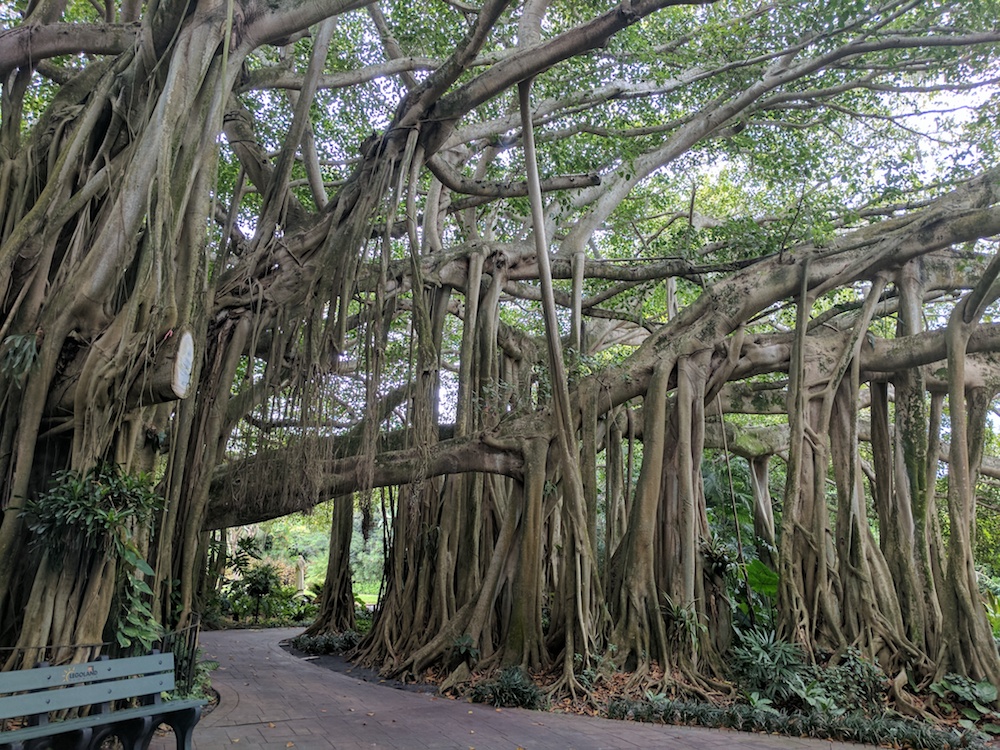