One month with an electric car

Time flies when you're being a smug EV driver. Just kidding, I'm not smug. We've had the Nissan Leaf now for a month, and I thought I would share our experiences with it.

First off, this is a commuter car, and it's practical because we have a second car that runs on gas (well, it's a hybrid, but you know I mean). I obviously can't take the Leaf to Tampa because its range is limited to around 90 miles. That's OK, because when I need to go that far, I can just as easily drive the Prius V. So for the people who ask that question, no, you probably can't use it as your only car if you need to travel further. I know some people who don't have a car at all, so I suppose it depends on how you roll.

The range is completely a non-issue then. Unless we're leaving Orange County, it's completely unlikely that we'll ever need to drive 90 miles. In practice, it looks like you could squeeze 110 miles out of it pretty easily in ECO mode and no air conditioning, but I'm not sure why you'd want to. When I drive it into the office downtown twice a week, there are charging stations there. Diana takes it GKTW Village about once a week as well, where there is a free charger. Believe it or not, we don't charge it at home very often at all.

At this point, I don't think we'll install a 240v charger in the garage. The advantage would be that you could get a 100% charge from zero in four hours, or zero to 80% probably in two or three. Given our driving habits, that's never necessary. For one thing, we never get much lower than 25%, and the conventional 120v charger has yet to not finish overnight. It's rated for 20 hours for zero to 100%, but again, it's usually the last 20% that takes the longest.

In terms of comfort and space, it's surprisingly cozy for a small car. Even the back seat isn't terrible, though anything is smaller when comparing to a Prius (no idea how Toyota squeezes so much space into those cars). I especially like the arm rest on the console, which is soft and squishy for my delicate elbow. In great fits of irony, this is the first car I've ever had that had seat and steering wheel heaters. You know, now that I live in Florida.

Then there's the whole thing about driving it. The acceleration of an electric car is addictive. I always had hints of this when driving the Prius in PWR mode, but being purely electric is something amazing. From a dead stop, you can launch it. It's not like a muscle car either, because the wheels don't spin, though they will screech a little around corners as the car will slide a bit. And honestly, because the cost per mile for energy is about half of what a hybrid is, and almost a fourth of that of bigger cars, there isn't much expense to driving like a bit of a moron. All of that acceleration is cheap!

The car has a "B" braking mode, which is the equivalent of engine braking, and familiar to people who have a Toyota hybrid with a continuously variable transmission. The guy at the dealer plugged this as an enhanced regenerative braking mode, and while that's true, it's not really what it's for. It's for going down hills, down-shifting as it were with a typical automatic or standard transmission. If you want the more aggressive regenerative braking and somewhat neutered acceleration for the sake of range, it has the ECO mode for that. It might give you five or six more miles on a charge, but it makes it considerably less fun to drive.

The verdict at this point is that it's a pretty great car to drive, and surprisingly inexpensive to own and operate with the tax incentives (in this case given to Nissan since it's a lease), the rebates and the cheap energy. Even if our electricity here is two-thirds oil generated, it still comes up pretty green because of the efficiency of that electric generation over the single-car combustion engine. The net carbon footprint is obviously substantially lower, by half or more compared to an ICE car, depending on which research study you look at.

We like it, and it's definitely the most fun I've had driving any car in my garage. It's no Tesla, sure, but it's still a lot of fun. 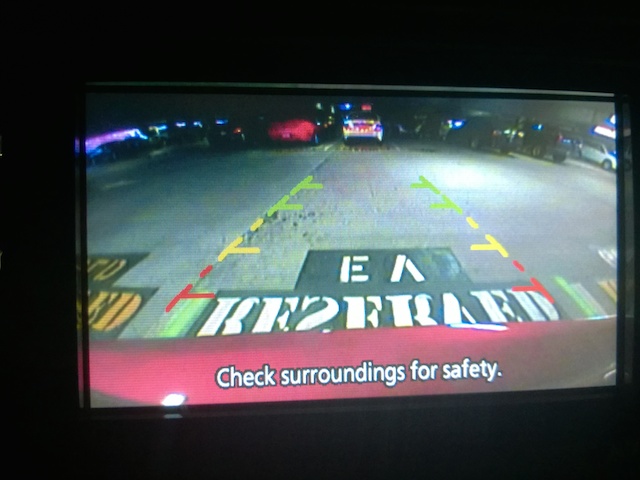