Well, I guess three years in one place was too long, after moving five times in the prior four years. Not really, moving isn't fun, but we're gonna do it again anyway, about one mile. Provided everything goes OK with the financial gymnastics of building a house while living in one you want to sell, we'll likely close in early October.

That's the "probable" part, the finances. While conditionally approved, I'm fully prepared for anything. Right now the only condition is to promise to save my pennies, but you never can tell with mortgage underwriters.

After my rant a few weeks ago about house envy, it turned out that we had a lot of good reasons for wanting to have more space. Again, the primary concern was that we're a family that's home a lot, because I work from home, and Diana is now teetering on turning quilting into a business. Simon's room isn't really big enough for a non-Ikea bed and a desk. In the category of superficial reasons, mostly we wanted a big two-story living room, which is a popular feature around here in floor plans of all sizes, even town homes. Then we started thinking about timing, as rates aren't going to stay down, and these neighborhoods are building out pretty fast now. That they won't be getting cheaper is an understatement, and our realtor is fairly confident that our house will sell for about 15% over what we bought it for. There won't be better times to do this in the foreseeable future. We're looking at a base price of $102 per square foot, which is pretty good even for this area, where stuff is now moving for $125 or more. You can't get this much house for this little in very many places, and I don't feel bad about taking advantage of that. I can't help but think back to Seattle, where the same house would easily cost twice as much. I love it there, but even with higher salaries, ouch.

It's not entirely hard to poke holes in any of our rationalizations, and that's OK, because I'm making peace with the idea that I just want something with more room for my family and nicer flooring. If I can do that without over-extending myself or being a financial moron, why not? When it's all said and done, we'll be spending only 21% of our income on housing (mortgage, taxes and insurance), and be at a pretty solid LTV ratio of 77% or better.

That said, the financial gymnastics are a lot different this time. Since I'm not contracting, the banks actually believe I make a living, instead of them pretending I don't. They are also strangely willing to let you put less down. We're only doing about 11% up front, and then when our house sells, we'll roll those proceeds into the loan, and recast it so that we're beyond the 20% threshold for silly PMI. Builders are pretty stingy these days, and they won't do a contingency at all. Some actually wanted 20% of the cost of the house up front, just to break ground, which is nutty.

After building two other houses (well, my first was 85% done when we jumped in), I know a lot more about what to look for, and I hope to be more zen about it. The upgrade costs are insane, but we managed to get what we wanted inside of our budget. There was a flooring option that was more than agreeable for us that we didn't get when they first showed us the list and pricing. The only real compromise we had to make was on getting carpeted stairs. Maybe we can improve those at some point in the future.

So there it is... we're upgrading to a bigger McMansion. I have no lofty expectations about it being an investment, I don't care what the Joneses are doing and I just want to make good on the opportunity while it's solid, because Team Puzzoni is worth it. 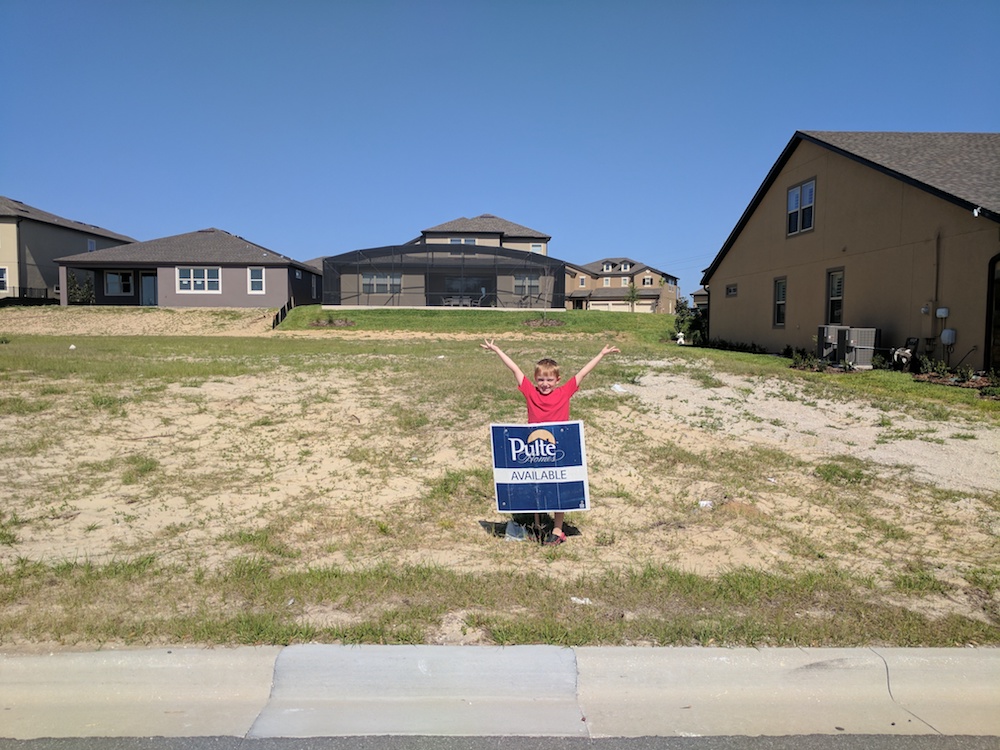