Remember going to a movie theater?

I did something twice this week that I had not done in a few years: Go see a movie in a theater. On Saturday we saw Don't Worry Darling, the movie that Olivia Wilde directed with Florence Pugh (two of my favorites). It was essentially a private showing, as we were the only two people there. Then today we caught the first matinee of Ticket to Paradise, the rom-com with Clooney, Roberts and the very charming Kaitlyn Dever. This one was sold-out, and we were neck deep in retirees.

With literally the two most opposite outcomes, I have to wonder how things are going in the movie theater business. I don't mean movie business, because quite frankly I don't remember a time that so many movies were getting made since the capacity is more or less infinite. The industry is not constrained by the number of screens and need not strictly compete on any given weekend for eyes. That's pretty great, and as TV is in the same boat, I've seen so many great things in the last year or two that might not have been made just a few years before.

Where does that leave the theater business? Even before the pandemic, it seemed like the only way people packed in there was if you had a big blockbuster. Not only that, but the theaters have tried hard to differentiate themselves by offering food, amazing seats and bar service. That all makes a lot of sense, since the cut of ticket revenue isn't going to pay for the amenities. But there's still the question of whether or not this experience is "better."

There are some very vocal filmmakers (many of which overlap with the people who insist they should shoot on film) that believe movies should be seen on the big screen, where people can share this common experience of seeing the thing. I get that to an extent, but there really have only been a handful of movies that really get there, either by massive laughs or applause or whatever. The only movies I can remember well that had that response were the later Harry Potter films and Star Wars. Also Saving Mr. Banks, if you can believe it. The point is, "shared experience" is a rare thing that enhances the movie.

It's worth mentioning also that the technology has changed dramatically. Watching a movie on a 65-inch 4K TV with the various color standards and surround sound at home is a pretty robust experience. And those standards that trick the TV into having color settings that don't suck (hopefully with frame interpolation off) mean you're seeing it as intended. I don't have to go anywhere, it just streams into my house from the Internets. I recently watched the original Top Gun at home, which was remastered a couple of years ago. This is the movie that started the priced-to-own VHS business, and I really had never seen it any other way. Even with the film noise, it was like seeing it for the first time.

And again, many movies won't see theaters anyway, or they're released in both places. I'll always choose the home viewing in those cases, where it will cost maybe $20 to buy, instead of $25+ for a pair of tickets and another $50 for food with tip. Don't get me wrong, I enjoy that from time to time, but it's pretty rare.

Hollywood is hardly a thing that readily adapts to changing times, so I'm not sure what happens next. Then you have innovators like Kevin Smith who actually tour a movie while releasing it everywhere, and making money that way on movies that would get lost with traditional marketing. That's super interesting to me.

I don't know what's next, but I would imagine that as long as it continues to function, my TV will last at least a decade. The last one did, and it's still in service in our bedroom ("only" standard HD). The theater experience isn't really "better" to me, it's just different, something to do to get out now and then. 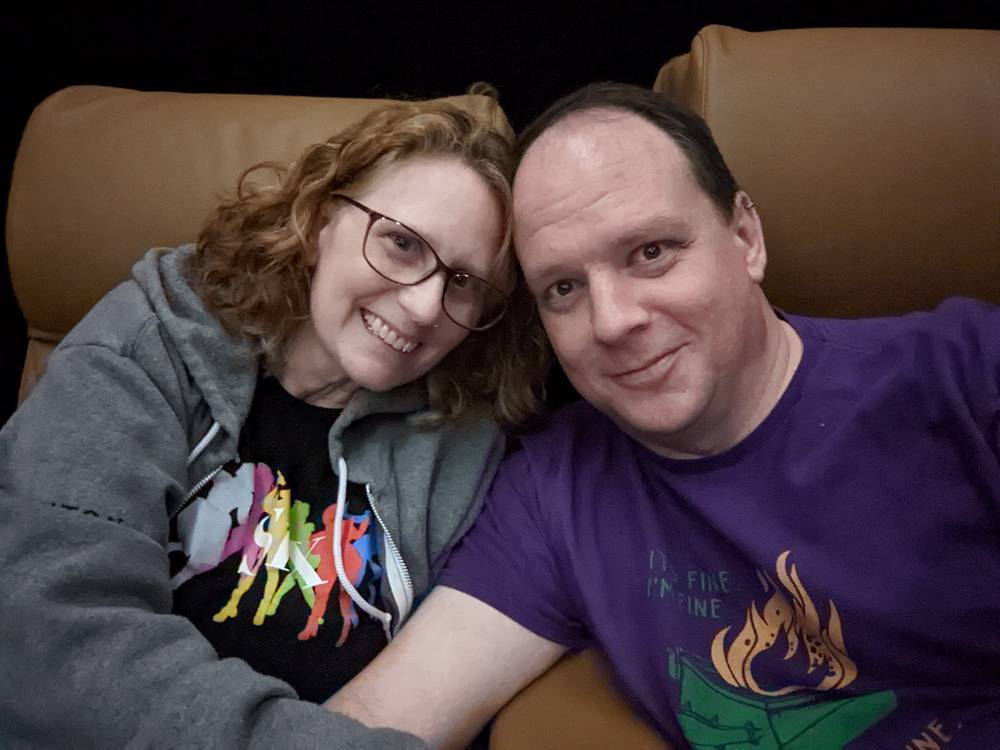