This year's parenting stress has come in the form of pediatric psychiatry. I mentioned previously that Simon was diagnosed with ADHD after some issues in school where he couldn't stay on task. A low-dose amphetamine seems to have made a huge difference for him, according to his teacher, but it has potentially amplified or surfaced some new issues.

The first problem is that the therapist that should be offering the treatment to pair with the drug for ADHD said she couldn't work with him because he has crippling anxiety. We've seen this at school, too, in that if there's something he doesn't feel that he can do, he simply shuts down and avoids failure entirely. He had a mini-meltdown in art class because having to draw caused more anxiety than he could take. It's hard to say if the new found focus makes this worse or not, but either way, we feel very strongly that drugs should be paired with therapy, so we need to work through that.

The other problem, and the one that is emotionally difficult for all of us, is that Simon has taken to picking the skin from his fingers. Not just the cuticles, mind you, but the actual pads of his fingers too. The school called last week because the nurse is spending a lot of time putting bandaids on his fingers, and there's no end to it. If that weren't enough, when we ask him to stop, he immediately feels bad about, because he doesn't understand that it is, to some extent, and impulse that he can't control.

He was on Prozac for awhile to address the anxiety, but it didn't seem to be working, and certainly the compulsive finger picking should have been kept in check too. Now he's on something new, and we're hoping that's the ticket. It's absolutely heartbreaking that the kid is 7 and having to medicate like this (he also takes allergy meds). If there's a bright spot, it's that he seems to have developed a lot of coping mechanisms for the ASD behaviors, which is a serious achievement.

For now, sometimes we need to keep gloves on him when he's playing, which, again, makes him feel as though he's doing something wrong. It's a difficult time for this sweet little kid. 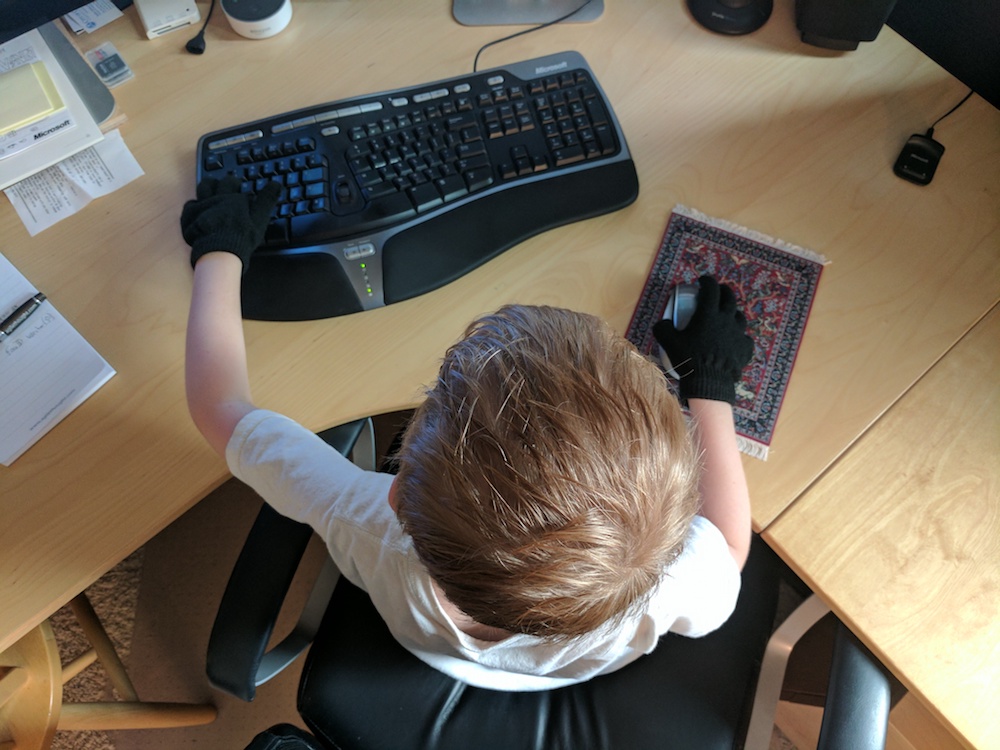