Schuyler Fisk is for real

If you've heard me talk about working in radio at any length, you've probably heard me say how unimpressed I've been with the vast majority of famous people and musicians. So knowing that someone whose music I was getting into all of a sudden would likely be accessible enough to meet, I was apprehensive about doing so. My fears were unfounded.

If you need the bio, you can read up here in the New York Times. For me, she was the supportive girl friend in Orange County, a very well written favorite of mine. Then she was the young singer who did duet with Josh Radin called "Paperweight" on the Last Kiss soundtrack. On the strength of that one song, which is special to Diana and me, I've been waiting ever since to hear more from her. So yesterday on iTunes and Amazon, she finally released the album that she's putting out sans record label. Buy it. Seriously.

It's the best thing I've heard since Tracy Bonham's Blink the Brightest. Yes, there is music that doesn't suck, and not surprisingly, it is best consumed without a label in the middle.

She's totally got the pipes as a performer. I was sitting there thinking about how she's gonna be huge and there's no chance I'll ever get to see her in a small club like that again, a few feet from where I'm sitting. She's so damn charming too, and she almost seemed embarrassed when her band was making the point that the album went right to #1 on iTunes in the folk category.

But despite being in movies and having celebrity parents, she's playing little dives and literally selling her own CD's after her set at the show. How can you not respect that? She's very gracious when people compliment her and you can tell when you're talking with her that she's having the time of her life. It's really inspiring and refreshing. I met so many douchebags back in the day.

So even though it seems kind of lame (from the former radio guy's perspective), I did get a photo with her. What can I say, I wanted to remember the moment! 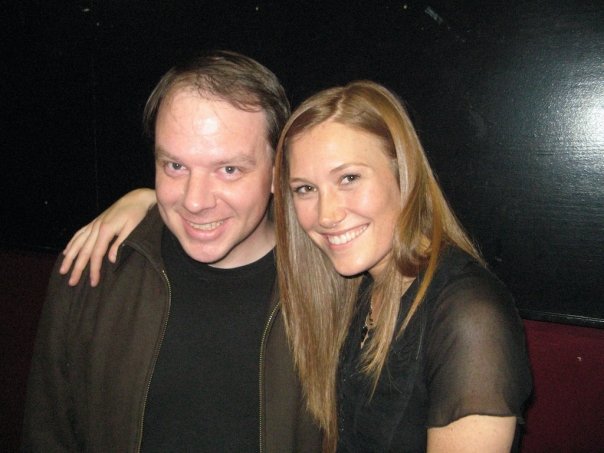