Shooting with the Redrock rig

Sunday afternoon, I had a chance to take out my shiny new Redrock Micro rig to the tulip festival. As it turns out, it's a great opportunity for still photography, but not so much for video. The only thing that really happens there is people getting their picture taken in front of tulips. If that weren't bad enough, I was in dire need of a neutral density filter. You just can't shoot video at 1/50th and f/4 in bright sunlight. Duh. You'd think after shooting with pro cameras for 20 years that this might have occurred to me, but then again, these SLR cameras weren't built with video in mind.

The purpose of buying the rig was two-fold. The number one and obvious reason is to create something a little more ergonomic for shooting video. SLR cameras just aren't friendly for that, unfortunately. The good news is that the shoulder arrangement works pretty well once you figure out where to balance it. Longer rods might be better, to get the counterweight further behind you and the handle further out in front of you, but it's not bad at all. The only real side effect is that you end up obfuscating the camera controls a little. Provided you save your shooting settings to one of the dial presets, this isn't a big deal.

The follow focus is what makes all of the difference. Redrock's is generally fairly smooth (not as smooth as turning the barrel directly, but not bad). In a real cinema situation, particularly with a whip on it, it'll make a huge difference. The LCD hood works pretty well, though it's tough to get it aligned just right (the kit came with a mount for the Hoodman, which I'm sure isn't as nice as the Zacuto). I think for truly critical focus in tripod situations, an external monitor would still be preferable.

The secondary reason for getting the kit was to lay the ground work for a true cine-style setup. That means a matte box and places to mount an external monitor or anything else. The carbon fiber rod system is so simple, but infinitely versatile as well. If I wanted to, I could get a 35mm adapter and use my HVX on there, which I suspect would be quite stunning, given the lower compression rates of DVCPROHD. Above all though, the point is that I now have tools, and there are no physical barriers to being creative.

The build quality of all that stuff is super solid. I never felt anything flex or rattle. Of course, for what it costs, it better be solid! A few photos... 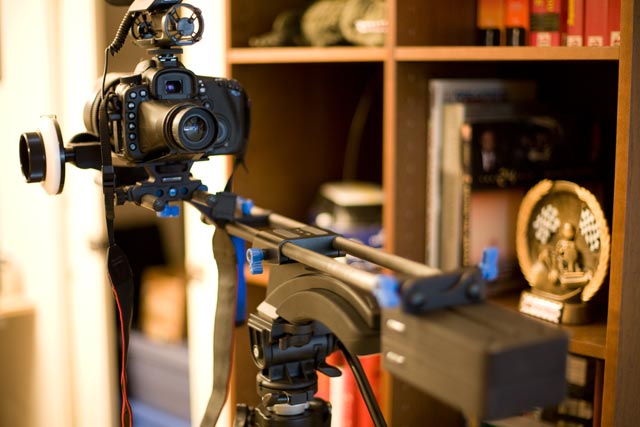 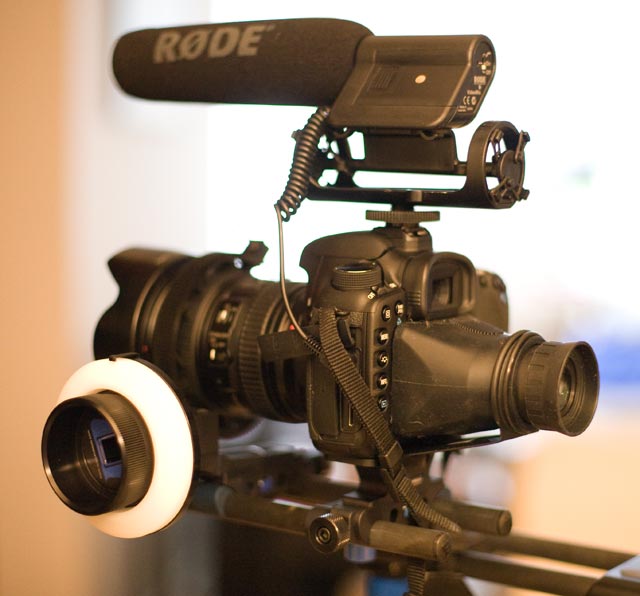 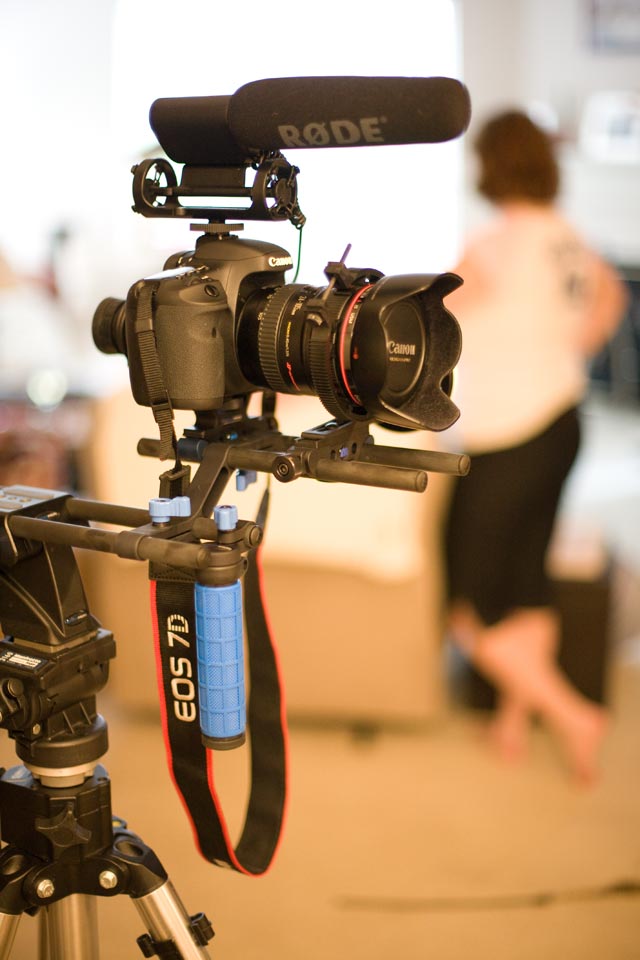