My darling boy turns 10 tomorrow, which seems even more impossible than 9. Not much has changed since last year, which is to say that he struggles in many of the same ways, while successfully growing up in other ways.

There were some solid wins this year. He continues to improve in swimming, and after having a bike for two years, he finally learned to ride it. He independently rides to the bus stop every day. He exhibits a ton of independence in certain contexts, including on cruises. We give him a cheap phone with the cruise app, and he roams about the ship doing whatever he wants, checking in with us (it's not like he can disembark!). He has, on and off, engaged with kids in the neighborhood, and tried to have sleepovers. He's seeing a therapist regularly and seems to be comfortable talking to her. He's getting better at articulating what he thinks and feels.

Our struggles this year are again with school work, and again trying to find the right drug fit for ADHD. We're coming off of a really bad match right now that caused weight loss and erratic moods, so I have to be careful to characterize that as the last year in its entirety. He has an amazing doctor who is helping us find the balance between accommodation and accountability, but this is super hard because it's contextual to every specific situation and hard to broadly categorize. The classic challenges around social contracts and ASD will be with us for years to come, so we just have to keep looking for ways to work around those. I just wish he could find the one friend who can roll with who he is.

We have some good laughs most every day, and I'm so grateful to have this little human in my life. We're celebrating 10 this week, so here's a look back at the year, in pictures. 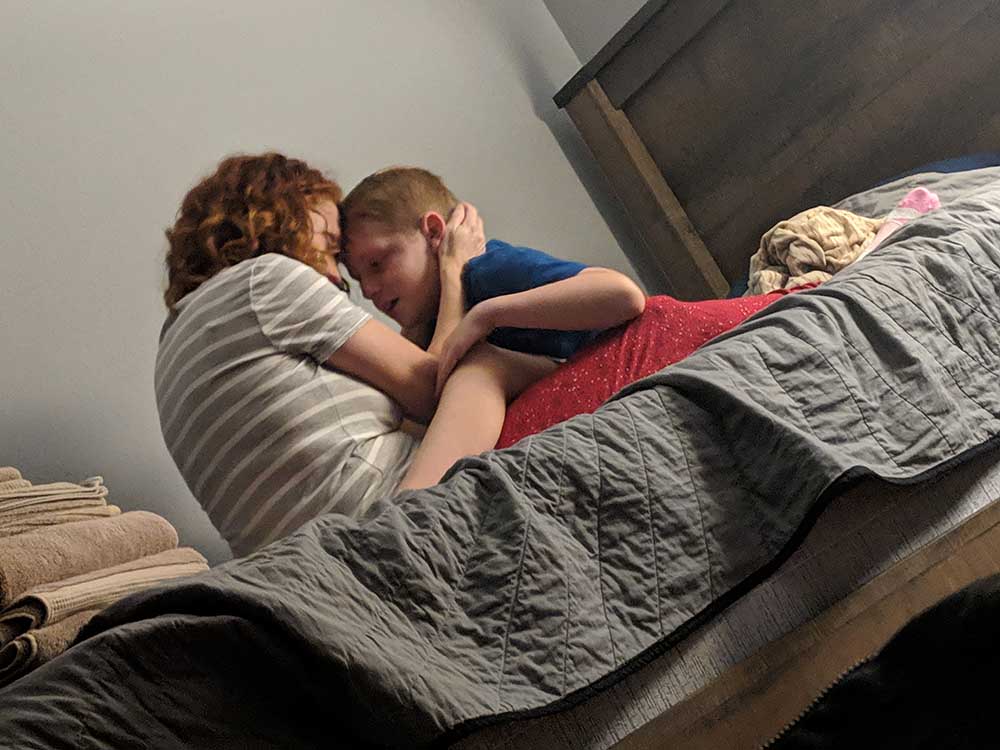 This one sticks with me. We witnessed the ultimate anxiety driven meltdown last April when the FSA testing began. His previous school fostered a toxic obsession with testing that no kid should have to endure. Fortunately, the maps were redrawn and he was switched to yet another new school this year, with a sane principal who advocates for him. 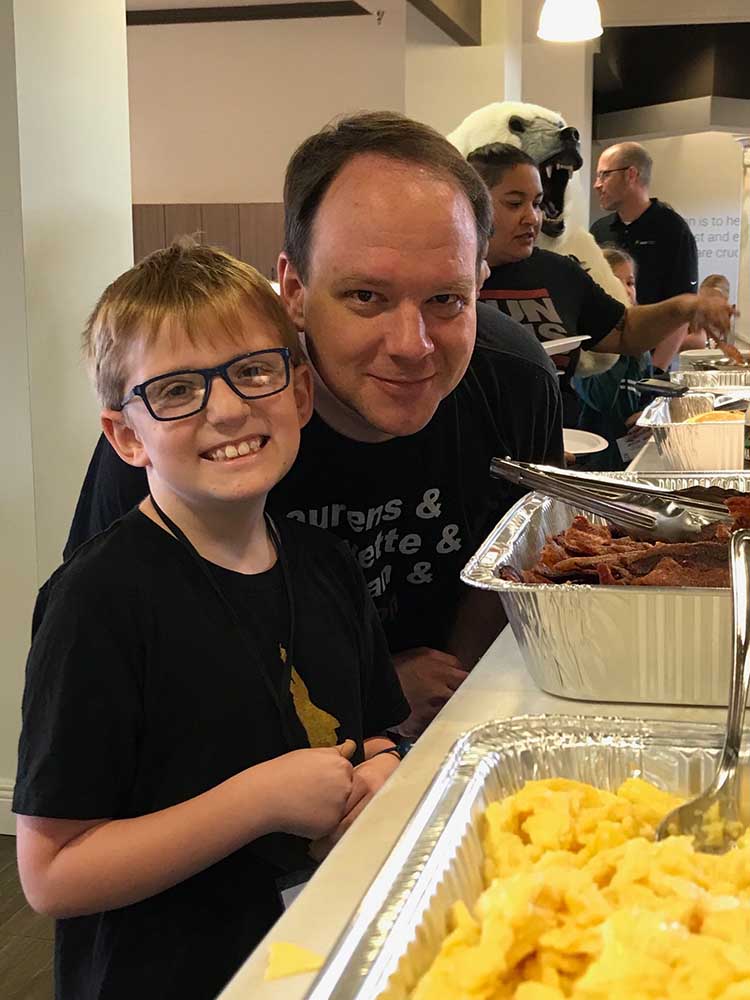 I brought Simon to work, which was a lot of fun (even if I didn't get anything done that day). It's hard to explain what your job is when you lead a bunch of software engineers, but he thought it was cool no matter what. 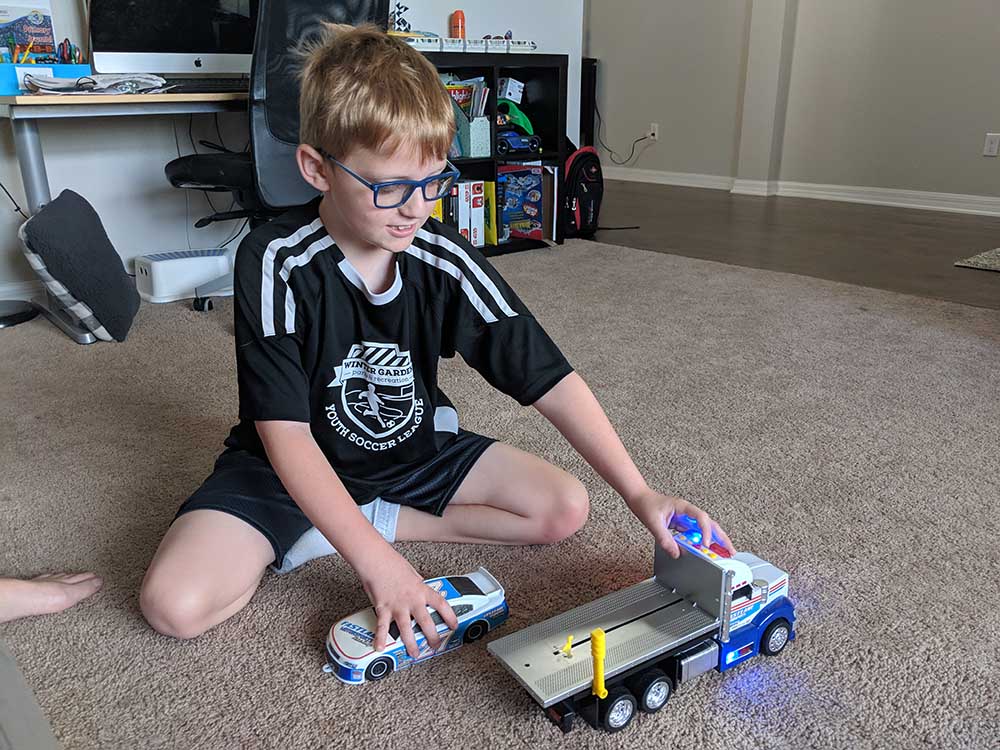 We started to consistently give Simon a few bucks per month, and I think it was the first time that he legitimately bought something. A neighbor was selling this truck at a yard sale, and it came home with him. Subsequent purchases have been for downloadable content on video games, which I really don't want him to spend money on, but I guess he has to learn about value and saving for himself. 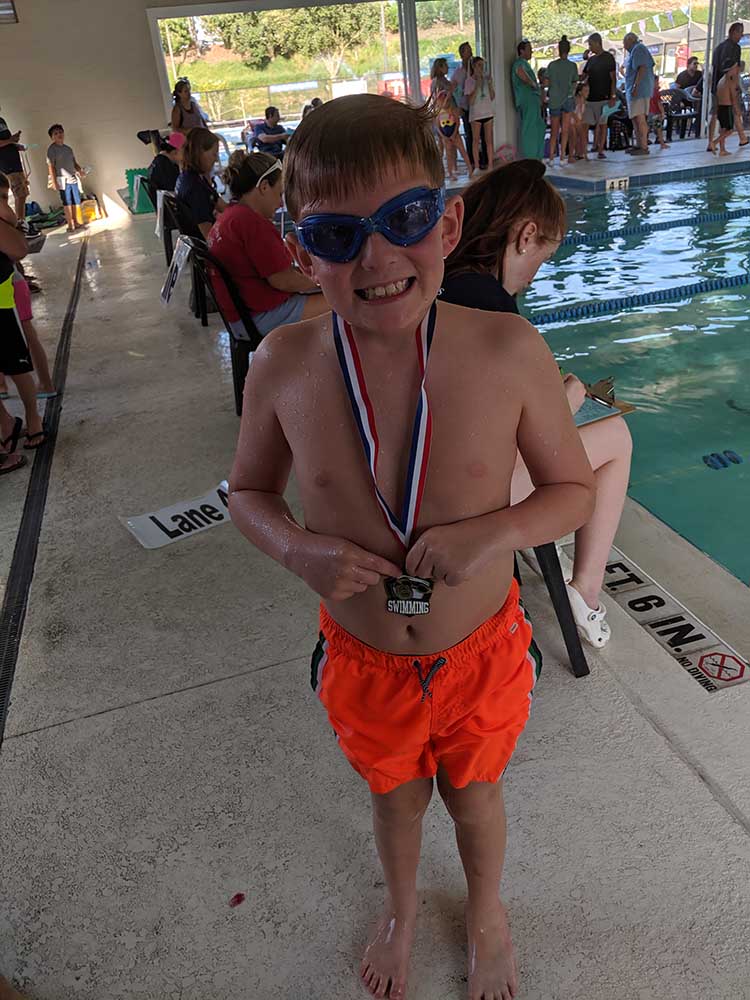 I'll never forget the first time we cruised, about seven years ago, and he didn't even want to stand barefoot in the sand, let alone get in the water. Now the kid is swimming really well, with short and focused weekly lessons. He gets out into ocean like a boss now. I keep hoping that he'll consider swimming competitively, but he has to find the confidence for it. 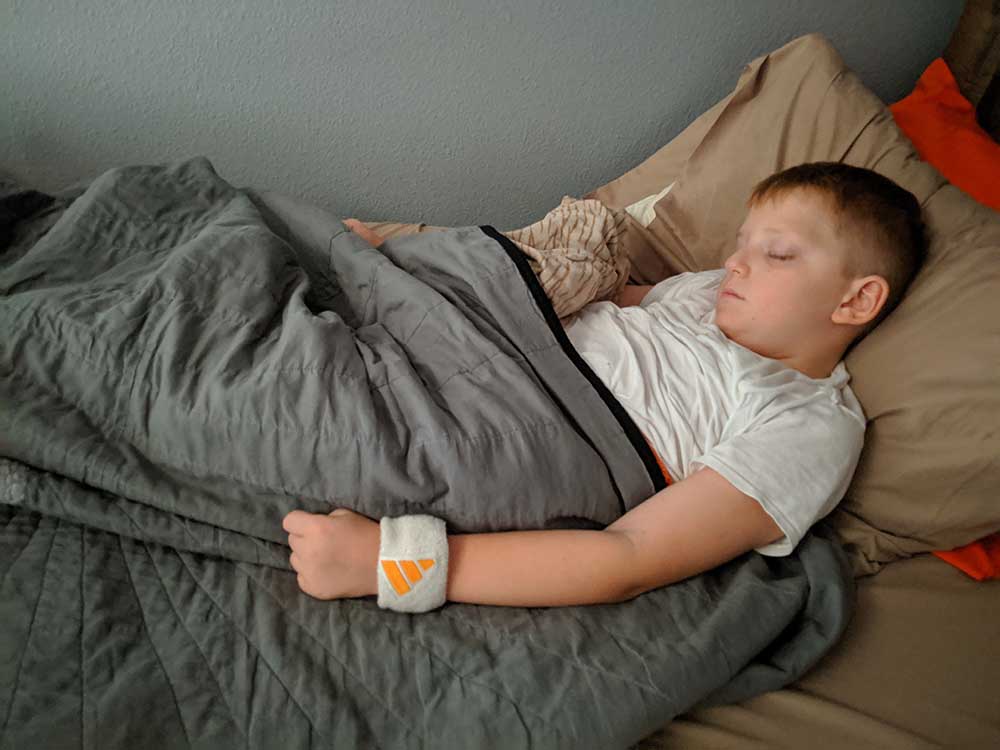 Simon missed the entire first week of school being sick. I felt like it was a bad omen, given the struggles he has had with completing work. 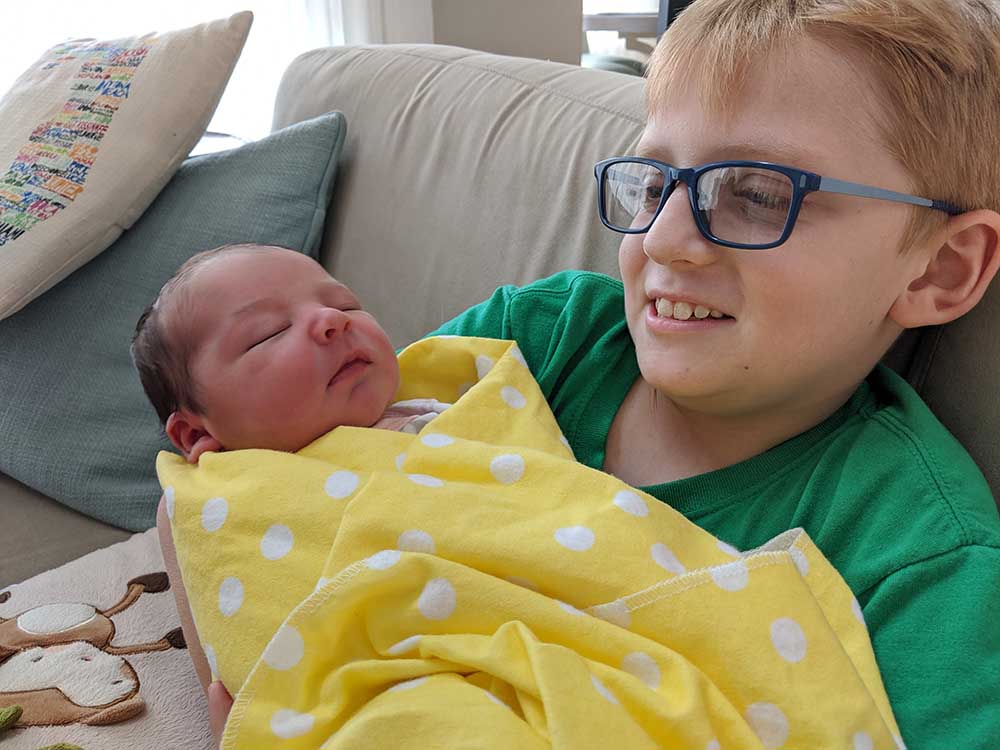 He got to hold his first baby this year, Selene, my best friend's first child. He was fairly enamored with her, though she was content to sleep. 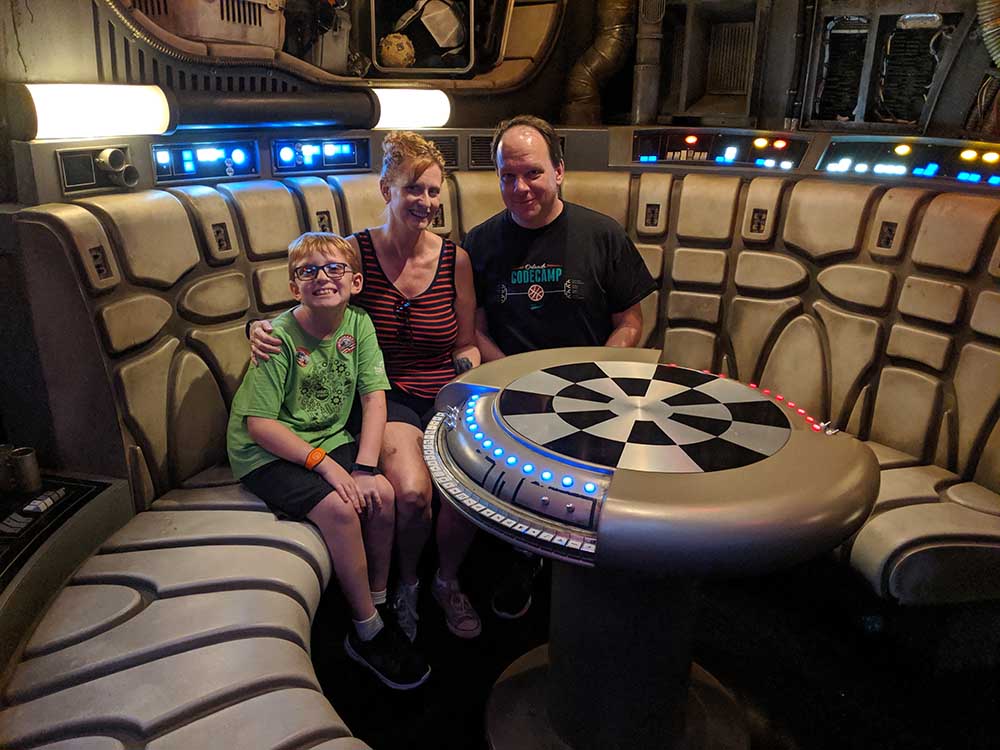 The Millennium Falcon landed at Galaxy's Edge this year. I am so amazed at the way that Star Wars has crossed so many generations. We're pretty lucky to have this in our back yard. We did add a few new rides to Simon's experience this year, most of them at Universal Orlando. We still haven't been able to get him on Rock-n-Rollercoaster, the last ride at the Disney parks that he hasn't been on. 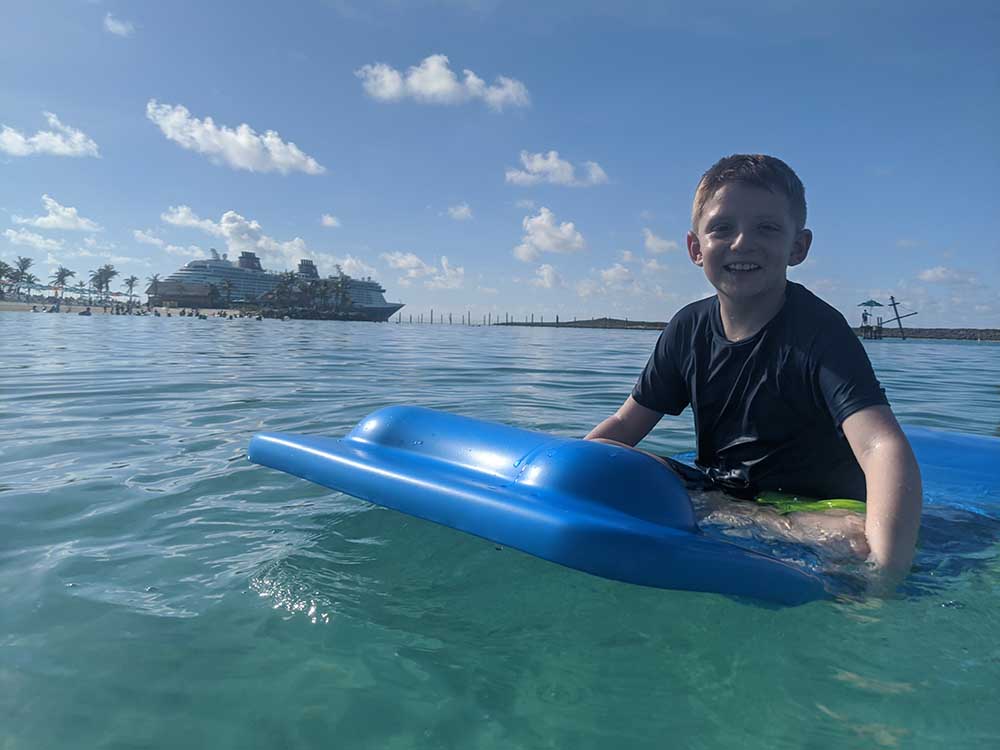 Castaway Cay is my happy place, and part of the reason for that is the happy times we inevitably have together there. We like to get out there as early as possible and stay until the crowd starts to thin out. As a confident swimmer, he's happy out there. The Skyliner transportation system opened at Walt Disney World this year, and it's a wonderfully calming and fun thing to do, even if the parks themselves are crowded.