My first "real" camera was a Nikon F, as in, Vietnam War era SLR film camera. My dad loaned it to me in high school for yearbook, then again in college for my photography class. I really learned exposure theory because of that manual beast.

After that, I bought another Nikon my senior year from a camera shop in my college town. Purchase regret caused me to return it. I also found the usability, the human factors, to be a step back from the old camera that was older than me.

Some years later I bought the Canon Elan IIe, based on reviews from that new Internet. The best thing was that it did some limited eye tracking for focus. But it grounded me in the Canon system, a decision that lasted well into the DSLR and video transition. The important part was the EF lens system, for which I still have amazing lenses. When it came time to buy a cinema camera, I initially bought a C200, then traded laterally to the C70 and an EF to RF speed booster, so I could use the my old lenses with the new lens system. I later bought an R6 mirrorless camera body, also using RF lenses, for stills.

This was a great decision. Of course the glass quality is amazing, but the big story is the updates to the C70. This is very much an experiment for Canon, because they took a lot of the guts from one of their "normal" cinema cameras, the C300 Mark III, and in many ways repackaged them into this DSLR-like box. The history is that they would often cripple the lower model so as not to compete, but this one has only become more capable with updates. They added 12-bit raw recording, which means you can get video that's a lot easier to fix if you got the exposure wrong. It already used great 10-bit 4:2:2 recording formats. They added time lapse recording, which was oddly absent in the first place. Last month they added eye tracking focus, a great feature that you find on other cameras. It isn't the champion of auto focus, but it's pretty great. It's an insanely capable camera for what it costs.

I've really admired some of the other cameras out there, especially from Panasonic, which I have a lot of experience with, and Sony, with which I do not, but I'm definitely Team Canon. The L lenses are not cheap, but they're the starting point for really great images, moving and still. I don't use them enough. 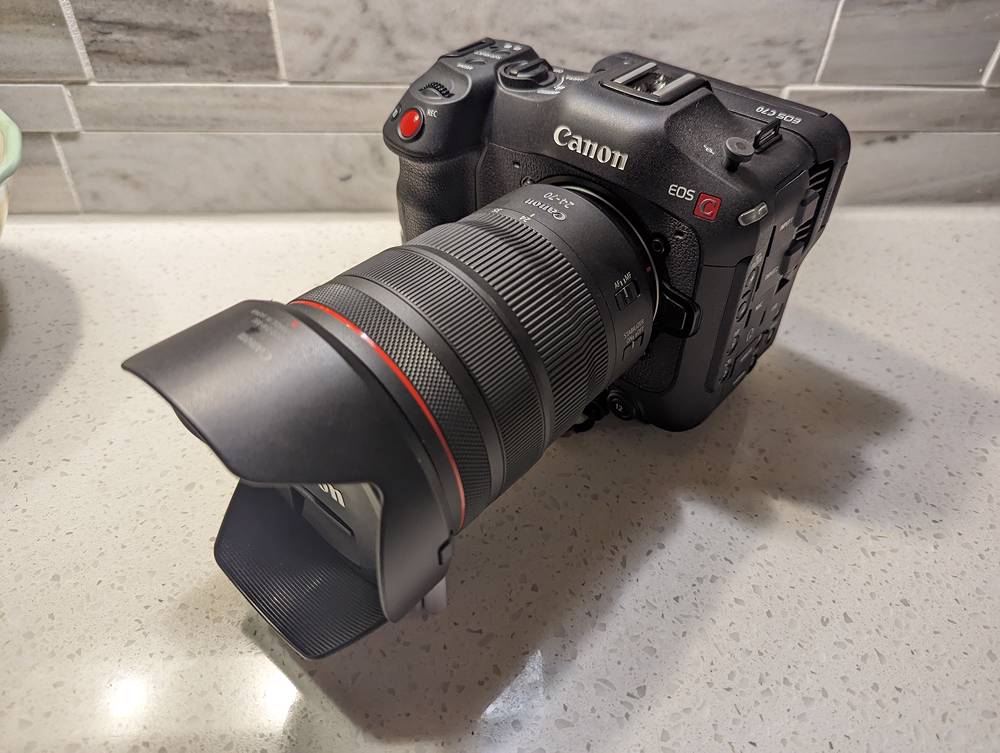