Tears For Fears came back in an impossible way

Last year I made an unusual post about how enamored I was with Wolf Alice's Blue Weekend album. Indeed, some of my fascination was that it was an entire album of good music, which is rare these days in the hit-driven streaming world. It may be a generational thing, but I love when an entire body of work is contained like that by a single artist. There were a number of great albums that I just listened to constantly growing up. I'm not particularly nostalgic, as I complained about the relative lack of good music last year, but there are definitely things that represented a time and place. U2's Achtung Baby, R.E.M.'s Life's Rich Pageant and Out Of Time, the debut from Garbage, Smashing Pumpkin's Siamese Dream, all of the Supreme Beings of Leisure albums, Tracy Bonham's Blink The Brightest, The Naked And Famous' In Rolling Waves, Grouplove's Spreading Rumours... I could go on.

In high school, a very special album came out from Tears For Fears called The Seeds of Love. That was 1989, and it was anxiously awaited after the enormously great Songs from the Big Chair four years earlier. It was critically and commercially a big deal, and I got to see them live around that time. It's one of a very small number of albums that I still manage to listen to with some frequency from that time. They brought on gospel and soul singer Oleta Adams for that album, which added a completely fantastic layer to the music, especially on the piano. "Badman's Song" is so good, and a joy to see live.

The principal band members, Roland Orzabal and Curt Smith, had a falling out after that. Roland recorded two albums under the name with different people that never had any real traction. In 2004, they reunited for Everybody Loves a Happy Ending, but it too had little success. I've heard bits of it and it didn't grab me.

But then during the pandemic, Curt Smith and his daughter had a viral moment with a cover of their classic "Mad World," and around that time he said that he and Roland were working on new stuff. As they've said in countless interviews in the last few weeks, they rebooted after record execs encouraged them to write some hit singles with various outside writers, and they weren't happy with the result. As one of them said, they think of music in terms of albums, and even "sides" (you know, of vinyl or cassettes).

The Tipping Point is extraordinary. That's saying something given the impossible expectations that virtually anyone would have of them, especially given the relative failure to launch since Seeds of Love. It doesn't help that nostalgia tours are all the rage, and all of these bands from the 80's and 90's are playing the same old shit they've been playing for 30 years. Given the economics of the music business these days, music supports the tour, not the other way around as it used to be. Still, they managed to put 10 songs together that are a bona fide body of work. It sounds like them, but it's new. It sounds like an album written by a couple of guys who have seen their share of life, including the death of Roland's wife a few years ago. There aren't any bad songs here.

The singles so far, "Break The Man," "The Tipping Point" and "No Small Things" are definitely among the stronger songs, but "Long, Long, Long Time" sticks out, and "Rivers of Mercy" is that song that you've needed to help reconcile all the shit in your life. It's so good.

Music has a way of stepping in at particularly difficult times. I'm grateful for this bit landing right now. I look forward to seeing the band live in May, along with Garbage. 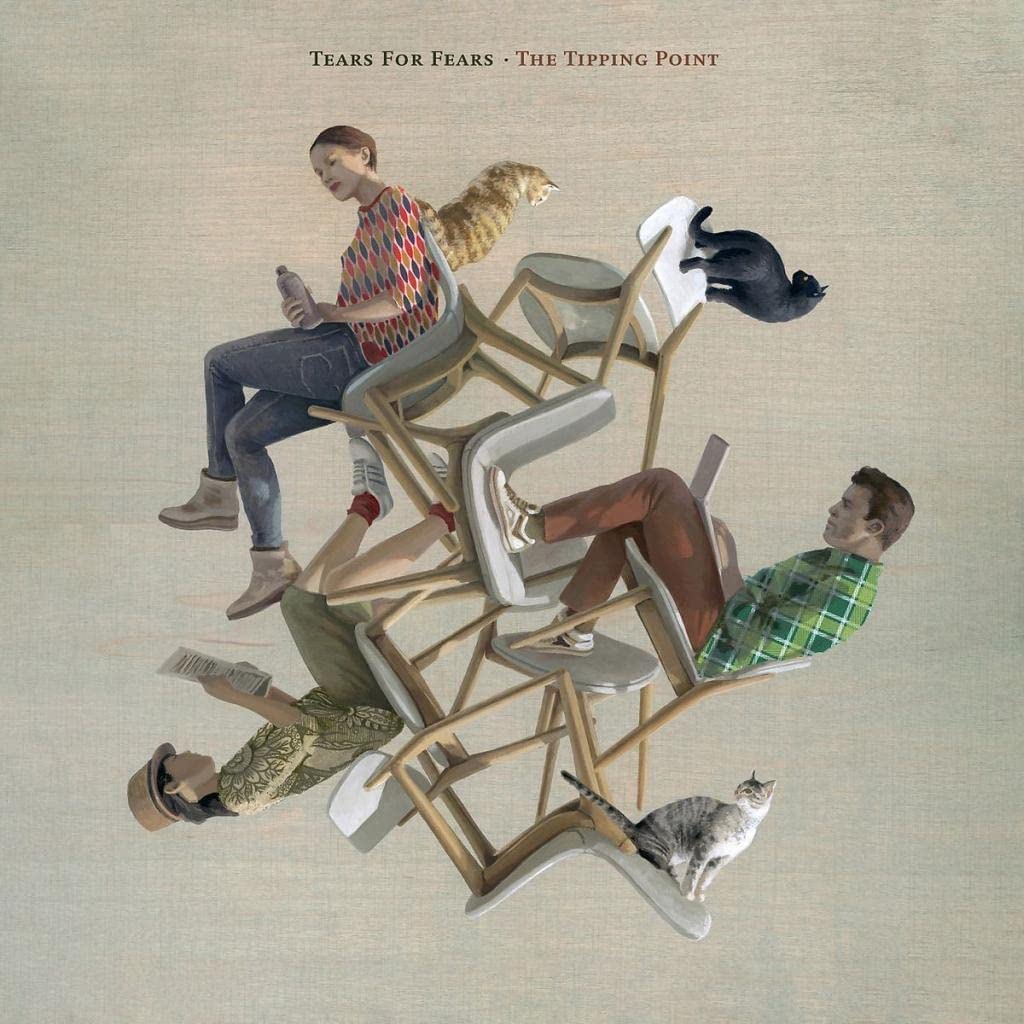