Way back on March 13 we were hit by lightning for the second time in about the same place. My poor neighbor lost three TV's, cable boxes, a fan, a light and one of his heat pumps. We lost just the cable modem and my trusty old router, but it also fried our electrical plant in a way that kept us off-grid and running on the backup battery. So began a lengthy struggle to get Tesla to fix it.

Let me layout our setup first. Our electrical service is split into two panels in the house. One is all of the high-voltage stuff... the oven, water heater, HVAC, car charging, and what not. The other is everything else than runs on a typical 120V outlet. The latter can be powered by a Powerwall battery in the event of power loss, so at the very least we would have lights and a powered fridge. The solar plant is divided into two inverters, with the smaller load connected on the outside of the battery switch, and the the larger one on the inside of the switch. You can't use solar and/or batteries and still be connected to the grid in an outage, because you don't want to electrocute line workers that would assume in an outage that there's no electricity there. So in the event of an outage, the larger solar inverter, the battery and the lower voltage panel all become one synchronized system isolated from and switched off from the grid. The smaller solar inverter, since it's outside of the switch, disconnects.

When the lightning hit, the contactor switch would not engage back to the on-grid position. There are a lot of reasons this could happen. The contactor itself could be broken, or the inside system, the battery and solar inverter, could not synchronize to the grid. It all has to run at the same frequency to work, since the power is coming from potentially three sources. The contactor is part of what Tesla calls the gateway, and it has a computer that makes the synchronization happen, as well as meters that measure all of the parts. The synchronizer and the meters could go bad as well, and in fact the meters are what were damaged in the last lightning hit. In that case, we couldn't go off-grid and use backup because the meters couldn't detect the current correctly.

So the day after the hit, I called Tesla, and they saw the same thing I did when reading the numbers off of the gateway (it has a web interface I can see inside our network). The numbers were erratic and all over the place, as if to suggest that the sun was turning on and off and we were having a constant brown-out from Duke Energy. Of course, this wasn't the case, as I could observe the solar output on the inverters as steady, and our lights were certainly not blinking on and off. But they guy on the phone insisted that I had a utility problem. OK, fine, I'll play the game. I called Duke Energy, and they sent a guy out, who promptly put his meter in front of and behind the meter, to show that the power was steady and clean. By the time I made my third call to Tesla, they were still insisting that nothing was wrong with the system, it was the utility. Eventually I pointed out again that their remote measurement was incorrect, and I knew this because I physically observed the guy from Duke probing around, and physically observed that the solar was steady. This debate went on for more than an hour as he consulted with coworkers and I told him he was putting me in the impossible position of Duke telling me everything is fine on their end, and Tesla insisting (without a human on-site) that Duke was the problem. Eventually, he relented to send out a tech, but only if I signed a thing saying I'd pay for the visit ($300) if nothing was wrong.

The next day, a young guy came out and did some troubleshooting, and he wasn't sure why we were stuck off-grid. He tested and measured all of the things, confirming that the metering at least was wrong. It got late and he was instructed to relay to another tech the next day. That day, Alfred came out, who happened to be one of the guys who installed the Powerwall and rewired everything to split the loads. Super nice guy, real electrician and genuinely wanting to help. The thing is, that's the case for all of the techs who have been here. The people on the ground are really awesome. After messing around with it for awhile, he determined that contactor seemed to be the problem, but it's not a part they typically have separately of the gateway. The only course of action left that day was to bypass the contactor, which would also take the solar out of the equation. But at least I'd be back on the grid.

Here's where I point out how not to run a company. Tesla does everything by ticket workflows. So for example, when I had the initial installation, a ticket was generated to have the permit guy get a permit for the installation. Only that sat on his desk for like two weeks, preventing the next step, scheduling, from happening. I eventually called them and asked what was going on, and sure enough they found the permit guy wasn't permitting. In the case of my contactor part, I called once a week, for seven weeks, four to the main support number, three to the scheduling people (once I got that number), and each time they weren't sure why they didn't have the part, but would call me back within 24 hours to let me know what they found out after calling around. All seven times, they did not call back. There was a ticket tied to my case in the hands of someone at a warehouse, who clearly wasn't doing anything.

I'm familiar with this sort of thing, because it's partly how we build software. Support resources do it this way too. But in order for that to work, someone, in some role, has to be accountable for the higher outcome. Always. If you simply put a name on a task, and that person isn't accountable to outcomes, then there's no incentive to see it through. As a result, no one is actually advocating for the outcome. I've seen that a hundred times. It's an anti-pattern. In software, you need to have someone accountable for delivery, typically a manager (me), who is advocating for the customer or stakeholders to see it through. Stale tickets cause me to poke and prod until they're resolved. Similarly, in support situations, someone is looking out for the customer and following up on work assigned to others.

For Tesla Energy, customers have to advocate for themselves or things stop happening. It was the case with the solar installation, with the Powerwall installation, and getting the repairs done for both lightning strikes. They're absolutely terrible to work with, and as much as I think their products are elegant and amazing, I can't recommend them. Again, the people on the ground doing stuff are great, and I can't emphasize that enough. The infrastructure around them and the customer is awful.

On the eight call, the rep said my part was in the warehouse and he scheduled me, indicating he wasn't sure why someone had not done so already (I know why, see previous paragraphs). Adam came out, and he actually had an entirely new gateway that he would cannibalize. First he replace the contactor and sensor unit. Once in place, again, it got stuck off-grid. So he replaced the synchronizer and computer module, surprised because that might mean it was the computer all along and not the contactor. Unfortunately, the gateway he just cannibalized had been sitting somewhere for so long that the security certificate in it used to talk to Tesla for monitoring had expired, and there was no way to remotely update it. He was able to get everything into a normalized state though, meaning I finally had the larger part of the solar plant generating again, I just couldn't switch to backup in the event of a power failure. He was able to find the part quickly and schedule a return visit the next week. That came June 2, and he got everything back to normal within an hour or two.

It took 81 days, almost three months, to resolve this. In that time I missed the largest solar production window of the year, and incurred a couple of gigantic electric bills. Tesla stopped making the gateway that I have some years ago, so if this one goes, I imagine they would have to replace the whole thing. If it does, I can only imagine what a struggle it will be. 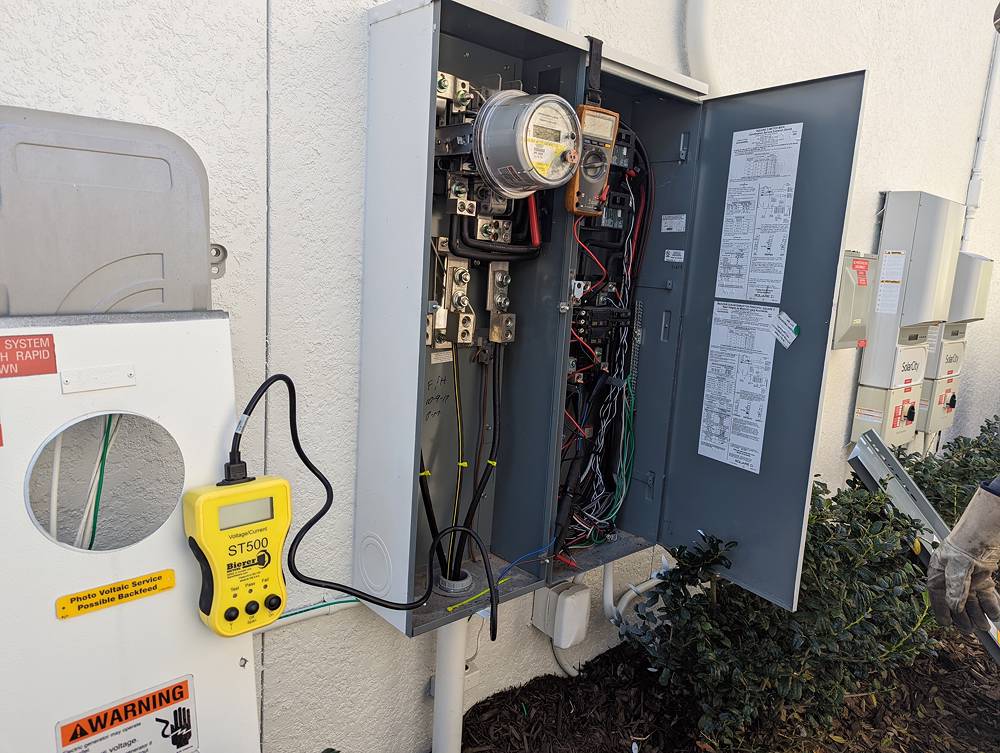 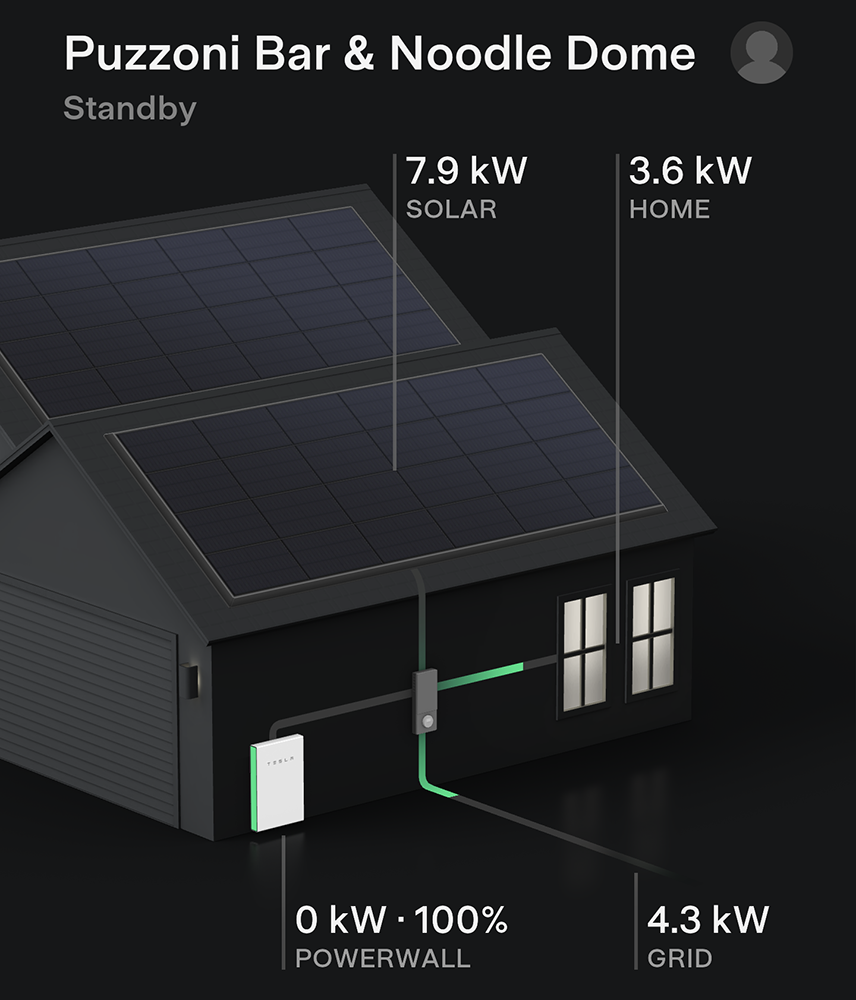