Last night, Tesla delivered its first Model 3 cars, marking the start of production for the new car. They also revealed the stats, and while it's supposed to be a "less luxury" car compared to the Model S, it's still a pretty great car for the money. It's the car we would have waited for if we didn't have to wait so long.

So our number comes up before the end of the year, which is way sooner than I expected. That isn't a bad thing though. The way I largely justified building a bigger house was by thinking we'd trade the Model S by the middle of next year for a 3, so having it come in close proximity to the new house is actually fantastic. I love the Model S, and I never loved a car before. But whatever justification I had for buying it two years ago, I definitely would rather not have the car payment, even "for science," as I'm known for saying. It doesn't create a hardship, but man, it just feels like putting that money toward something else, even if it was just saving it, seems like a better idea. Putting some of it toward the place I spend most of my time definitely seems like an improvement. We've actually got a little equity in the car. They depreciate a lot, but not as much relative to most other cars.

I'm excited about the Model 3 not because it's cheaper, but because it's smaller. This one is a foot shorter and 10 inches less wide. Again, the Model S is a great car, but it's way too big for my tastes. We'll get more range (because only the long range version is available at first), though 240 miles of range has yet to be an issue for us after driving all over the east coast. It will actually gave slightly faster acceleration compared to our 70D. We'll also get this order in before the $7,500 federal tax credit runs out for Tesla. We'll roll that money back into solar next year.

This is it... I think this is the point where EV's get super real. They have confirmed that total number of reservations is now over a half-million. That's not a niche, that's pretty mainstream for a car that is expected to average $42k in final cost. After two years of being an all-EV family, I can assure you that there are no compromises made by having electric cars. 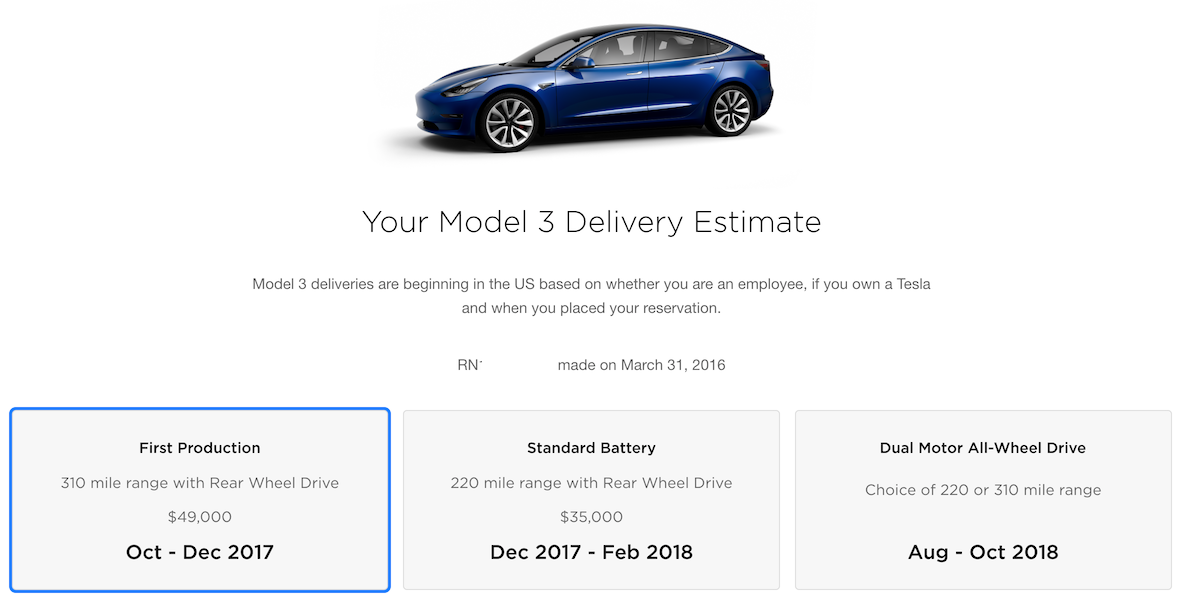