We don't take Simon to a lot of shows, partly because he's 11, and most of them are over his head. But we've been playing The Prom cast recording since we saw it in on Broadway in April 2019, and he's very familiar with it. It's also a show about love and inclusion with a happy ending, and he certainly needs to see more of that. So we decided this season that he should see it.

I just adore this show, and it's funnier than I remember it. It was heartbreaking when they ended the Broadway run (and frustrating that it was denied Tony's despite a ton of nominations). It played really well here, and the cast seemed to be into it. I know some of them even went to Pulse to pay respects. I hope the company enjoyed their time here.

Happy to have this one as another repeat for the Playbill collection, and even more grateful to have it in the "saw the original cast" category. 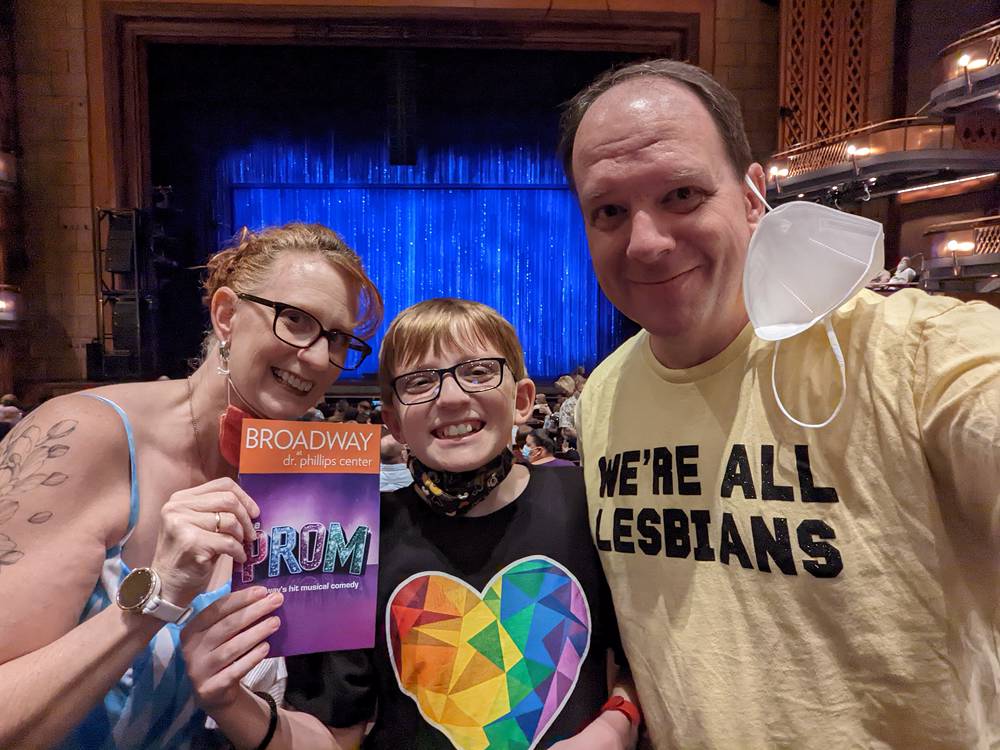