Today was a remarkably awesome day. I spent the day being pretty psyched that I work for Microsoft, for starters. Seriously, that never gets old, especially for all of the amazing things the company is doing right now (can't wait for the total Windows Phone Series 7 story to be public). I love that on my drive home I can see Mt. Rainier looming 14k feet, at something like 80 miles away as if it were the next town over. Diana came to work for lunch and we walked around the old school original Redmond campus, buildings 1 through 6, in the "woods." I love that I'm about to embark on an incredible new adventure with a baby (even if it freaks me the fuck out). No time in my life, not since college, has been this intense.

When I got home from work, Diana had gone off to her knitting meeting. I cranked up the tunes, and for about the last five hours, I've been listening. And I've been drinking wine steadily, too. I'm pretty good at it... drinking enough to have one tied on, without getting truly shit-faced. I don't do it often, maybe two or three times a year. As I've mentioned many times before, music provides an ongoing soundtrack to my life, and the memories associated with that soundtrack are intense.

The soundtrack reminds me how incredibly fortunate I've been, in terms of relationships and my overall life. Sure, the pain has been terrible at times, but it only makes me realize how much love I've experienced, too. I don't know if most people get that out of their lives, typically. If I died tomorrow, I could do so with the assurance that I had an incredible run. And since I'm not planning on that, I can only imagine what the future holds with this new undiscovered role of parenthood. I do not take my life for granted. I've been through more shit than anyone should have to, but it was so worth it considering the good times. That I've found a partner willing to stick with me through the good and bad only makes it better.

I know a lot of people go from one relationship or life scenario to the next with the idea in their head that each replaces the previous, and that's unfortunate. The ongoing story of your life, in terms of people, lovers, places, homes, and even pets, is additive in nature. And while I'm only 36, I feel like my life has been so packed with all of the above. For all of the shit I give myself for not getting out and living enough (mostly related to my geographical stagnation), wow, I've had a lot to take in. It's humbling to think about, and I'm so thankful for it. I feel like I've had more than my share of living in the last three and a half decades.

And by the way, the latest song in the soundtrack of life is "Gold Guns Girls" by Metric. What a great song. Here's Diana at the faux pond between buildings 1-4. 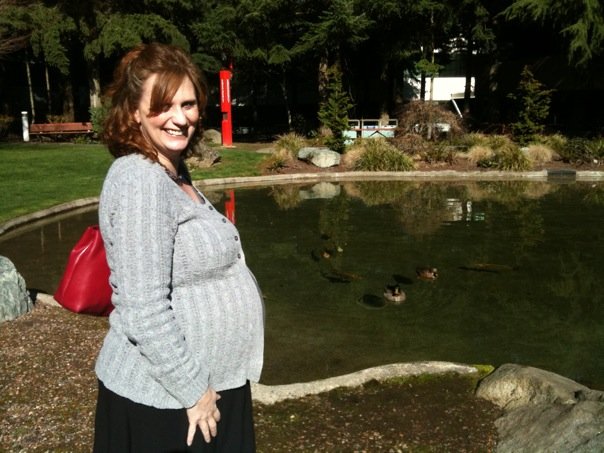