Third grade and the horror of the FSA test

Simon is officially done with third grade, in what has easily been the most difficult year of school for him, and us (and especially Diana). There was an unnecessary amount of suffering in no small part because of the ridiculous Florida Standards Assessment, or FSA, and his psycho principal that sees it as the most important thing in the world.

The good part is that his grades were A's for math, science and social studies, and a C for reading. His FSA score was a 3, which is the minimum to automatically be promoted to 4th grade (less requires a portfolio review and a lot of bureaucracy). He continues to be on an IEP (individual education plan) to help him with his social skills and issues related to ASD, ADHD and anxiety. He actually had the same teacher two years in a row, and she was amazing, though I wish he had a different set of classmates the second year as he never really found a niche.

As I said, this principal likes to brag about having the best test scores in the district, which she gets because frankly she mentally abuses the kids until they submit to a reality that they must do well or be held back in third grade. This is coupled with endless amounts of required teaching about how to take the tests, instead of teachers being able to teach real, useful things like more math and science. The kids are all tweaked out over it. That photo below? That's Diana trying to talk Simon off a cliff the night before the test. He was a mess. I was so fucking infuriated by this that it took every bit of my being not to call the principal and tell her to shove the test somewhere. I already knew of her tactic from two years previously, where they pressured the kids to pressure the parents to order Papa John's for a fundraiser, which of course Simon interpreted as required, and cried and thought he would get in trouble when we didn't. She blew me off on that concern, and frankly I haven't cared for her since.

Outside of the testing, Simon struggled a bit socially. Some of it was his misunderstanding of social contracts, certainly. If kids didn't laugh at his jokes, then he believed that they didn't like him. But as I said, he never really felt included in this class, and lacked a "BFF" like the one he had in first grade. It doesn't help that some of the boys in the neighborhood are, well, boys. This hasn't been a great year for his self-esteem. Extra tutoring and being taken out of class periodically for special education makes him feel different, too.

And with all of this adversity, maybe more of a share than he deserves, I struggle as a parent because I don't want to entirely shelter him from it. I don't want him to be one of those sad kids who graduates high school (and college) only to rely on us for the most fundamental things. (Seriously though, I keep encountering people in their early 20's who don't understand getting their own place, doing their laundry and getting and keeping a job. If he ends up that way, I will have failed completely as a parent.) But as much as I don't want him to grow up to be a co-dependent asshole, I do want him to have a happy childhood. Taking him to Disney isn't what does that... he has to feel supported, engaged and part of the scene.

Simon is such a smart kid, and a potentially brilliant mind for technical things. The expressive abilities are behind, but they're getting better. He actually is getting funnier, even if that's not the stick with which to measure his likability. Even tonight, I felt like I had a breakthrough with him, understanding him when he didn't entirely make sense to me. The specter of homework and high stakes testing are behind us for now. I think we can spend some time together now just doing kid stuff. And as for next year, well, "FSA" isn't even an acronym in his new principal's vocabulary. Also, his special ed help will be in-place, with the teacher coming to the classroom instead of pulling him out of it. 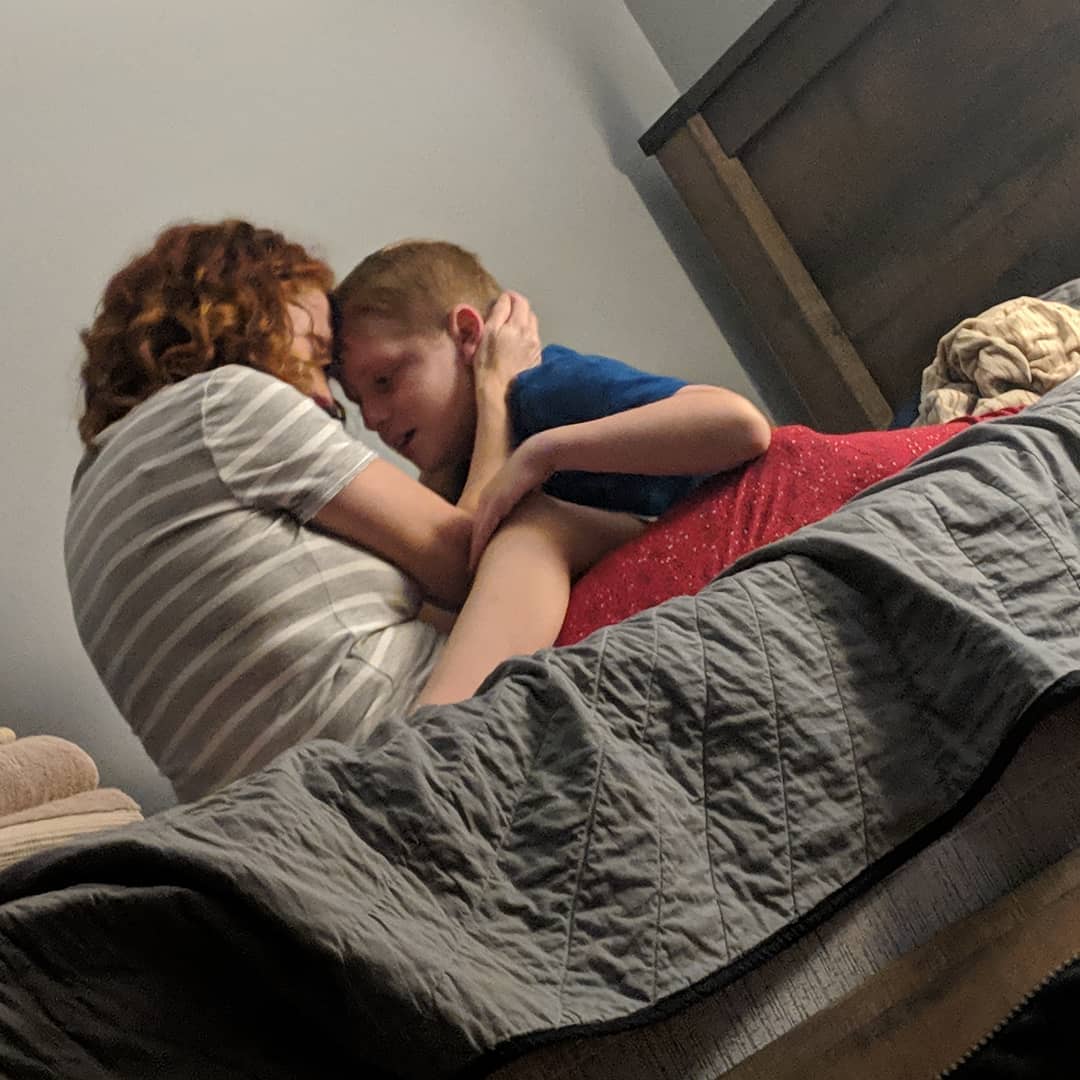