We bought a grownup table

We've been living in our house now for about two and a half years. If you go back to 2014 me, I would tell you all about how excited I was that it will be fun to have a place that is totally ours, and a fresh start. The house ended a series of five moves in under five years. Me and Red Delicious were all about a little nesting, decorating, homemaking.

The reality is that there wasn't much decorating going on. We immediately bought a couch, because I hated the cheap one we had. We didn't go super nuts on that, either, and landed a leather deal from Ikea. This is, in many ways, representative of how we roll. We're Ikea people to an extent, and not ashamed. It kind of ended there. Over the course of the next two years, we would paint the living room and kitchen. Diana made some custom curtains. I installed a towel rack that matched our bathroom faucets. Between the holidays last winter, I we went all Ikea again and installed a long TV bench and some cabinets with glass doors above, basically matching the showroom. We're just not particularly fancy, and pretty content to have functional and vaguely trendy-to-us stuff.

We did decide at some point that we really wanted a nicer table for dining. We were using an Ikea table (surprise!) that Diana had scored many years before we met. It was adequate for four people, but it sucked any time we had anyone over. In our heads, we knew what we wanted... something that looked somewhat distressed, with industrial looking touches. We weren't looking hard for one, but we had one eye open. We even saw one that was close to what we thought we wanted while visiting North Carolina the year before last. It wasn't convincing. Then, two weeks ago, Diana saw the table, I agreed, it was the one. Just like that, we finally bought a table.

We feel like our house is comfortable. My office is cozy (essential since I work at home), Diana's sewing room is highly functional, we have comfortable places to sit. But we hate the flooring in most of the house, most rooms are still not painted, there is no backsplash in the kitchen, our bedroom walls are a crappy color and nothing hangs on them, my bedroom furniture is too light on a dark floor... and it's all just fine. I don't think we're cheap, but we're not big on spending money on stuff. Maybe it's because I secretly fear we'll move again. Maybe we just need to hire the people that stage the model homes in the area.

I'm particularly jealous of my brother-in-law, who not only has good taste in furnishings (he's an architect), but also built this amazing built-in for his new living room. It incorporates the fireplace, the TV, shelves, cabinets, and it's just beautiful. I don't have the skills for that. I'd like to, but like learning Spanish or the guitar, I'll probably never commit. Maybe my satisfaction with mediocrity is rooted in that! 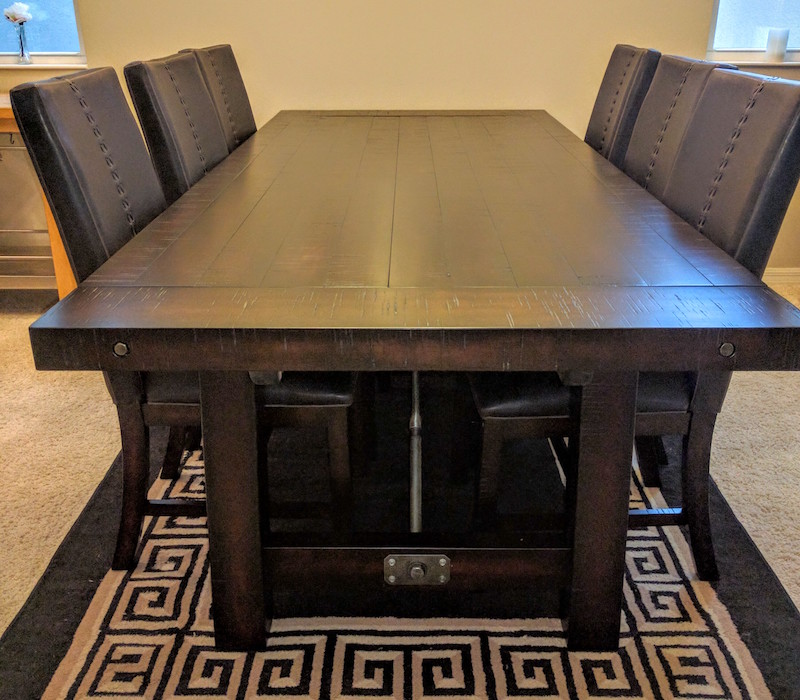