We really needed a good day

Parenthood has not been the most fun thing since Simon started school. We've had a fair amount of discomfort that involves some of the regular defiant 6-year-old stuff, and some ASD-related stuff to make it more interesting. He has been obsessively playing with the "rides" has has constructed across the playroom floor, and doing anything to break that focus (namely homework) causes him distress. Random routine changes, that flexibility problem, can set him off too. He had a mini-meltdown when a substitute bus driver went the wrong way. He continues to struggle with cause and effect, with consequences.

When Saturday rolled around, Diana spent the day getting her learning on, so that left Simon and I to entertain ourselves. It was a beautiful day, because Florida, and I figured we would go out to Disney's Hollywood Studios, because lately he seems to get a lot of joy from that. I scored Fastpasses for the afternoon, and didn't indicate we would go at all. I wanted to see how his behavior was for the morning. I was spending some time working on one of my projects as well, so there was potential for conflict if he wasn't getting the time he felt he needed from me. He was doing everything I asked and being pleasant, so before lunch, I told him we would go to DHS provided he ate all of his lunch (we've almost got the won't-eat-the-crust thing beat).

Knowing full well it might be a bad idea, I booked our first pass to be on Tower of Terror, or as he calls it, "the elevators." We've been trying to get him on that ride for probably close to two years, as long as he's been 40 inches. I told him about our other two passes... Toy Story Midway Mania and Star Tours... but didn't offer the big reveal until we were on the midway. I calmly explained that he didn't have to ride it, but if he did, I would take him to the Lego Store after we were done, and he could pick any sub-$20 set he wanted. I'm not proud of the bribery, but appealing to his sense of Legolove was a worthwhile strategic risk. To my shock, he agreed.

While in the short Fastpass queue, Simon indicated that he was "getting very worried," and asked if I would text Mommy after to let her know he did it, because she would be very proud of him. I did my best to distract him by pointing out how dirty the "hotel" lobby was, and the stuff in the "basement," and of course his most favorite thing, the ordering of the seats and rows in loading the ride. Yes, you bet the signs and instructions appeal to our ASD tendencies.

Not surprisingly, he loved the ride, and he couldn't stop talking about it. He talked the ear off of a cast member about it over at Star Tours, and I'm so glad that the pixie-dust-snorting people will indulge a kid like that. We had a little ice cream, where he was surprisingly zen about the melting and dripping in the hot afternoon. He got deep into what he saw as the mechanical aspects of Toy Story. He even (correctly) predicted which water fountain would be coldest. Indeed, that he could use a water fountain at all feels like a small miracle not possible six months ago.

He was shockingly flexible about where we sat on the parking tram, another frequent issue, and at the Lego Store, he found the set he identified as a "like" several months ago (I confirmed with the photo, still on my phone), and we quickly got out after he told the cashier all about his ride on Tower of Terror.

That evening, he slowed down a bit, and may have had a minor fever as he began fighting a sore throat, but there was no fighting over getting pajamas on or going to bed. It was, end-to-end, a good day. I don't remember the last time we had one of those.

If I could summarize parenting at this stage, it's the constant battle to both fight and encourage independence, while firmly keeping an understanding that you love your kid. And I know I trivialize our ASD experience as minor compared to those of other parents, but sometimes the singular focus and inflexibility, and especially the lack of empathy for certain social contracts, sometimes makes me think about the dreaded "n-word" (that is, "normal"). Simon is who he is, and that's a smart, loving little boy. Every kid has unique challenges, and I imagine every parent feels a little beat down from time to time. That's why I'm thankful when we have a really good day like we did on Saturday. 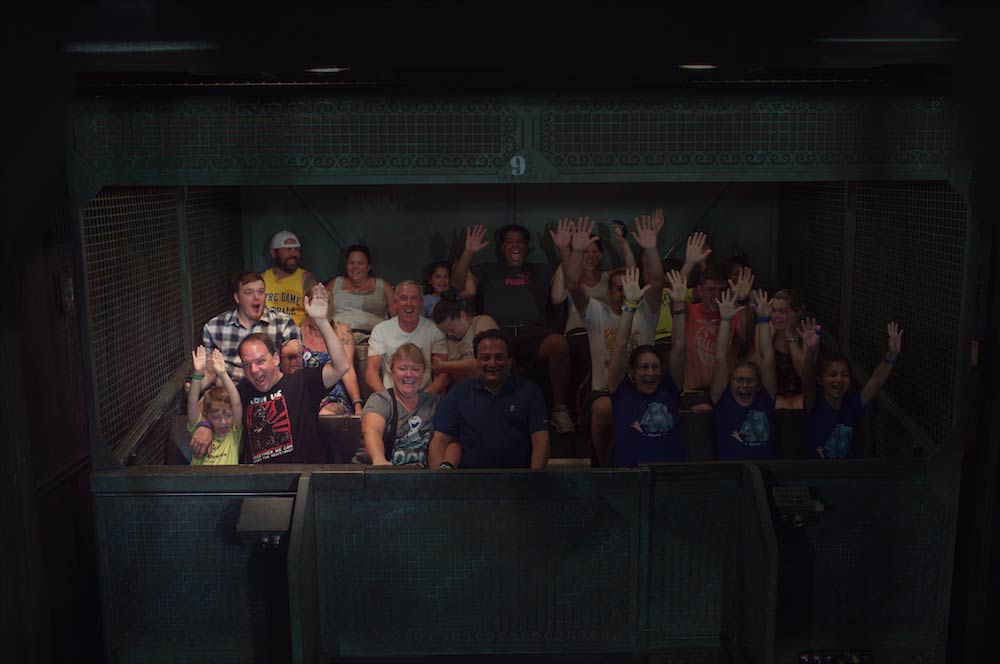